Hello, I live in a country where wet shaving is not exactly common and items can be a little inconvenient to import, and as a result I have garnered sufficient interest to purchase affordable shaving soap in some quantity online and resell some of it to make back my cost.

At the same time I would like a decent quality product, I am currently using an inherited puck that cost the former owner $1.75 plus shipping, it is not structurally great but it works, in so many words I feel like most soaps would be an improvement.

I have looked at several brands of Italian soaps in kilo bricks, specifically Vito's brand, is this any good? And are there any other (non Italian) alternatives available for buying soap in quantity like that at a resell friendly price in the third world?

Vitos is really pretty good. It's sold mainly to the barber trade in 1000ml bricks. You should probably be sure you are OK with the scent. The almond scent is used in most bulk Italian soft soaps, from a chemical called benzaldehyde. Rarely, some people have a skin sensitivity to this which prevents them from using soaps with this ingredient.

Other Italian soaps in the same category include Cella, 3P and TFS. There are also more expensive versions from brands such as Boellis Panama. Mondial has a similar soap with a citrus scent instead of almond.

There's a German shaving soap called Dusy Kabinett, with a rose scent. It was sold in 500g quantities, last time I saw it.

There's been quite a lot written on these soaps on the forum. You can find some long threads on them with the search function.

You might consider buying a case of 12 soap sticks. They would be individually wrapped, so that would make resale a lot simpler. A case of La Toja would be quite inexpensive at European prices, maybe $2 each. Even less for LEA. 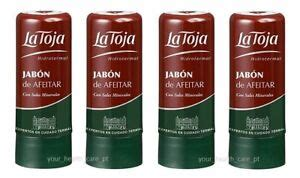 3P is in my soap rotation. I bought a brick and put it into tubs. I will have it for many years to come.

A 12pack of Arko Sticks will go a long way and I can also heartily recommend Vitos Extra Super Coco (tallow base, coconut scent).
R

Cella, arko, Williams. A lot for the miney

If you’re looking American artisan, stirling soaps is a massive bang for your buck too

Romidus said:
Cella, arko, Williams. A lot for the miney

If you’re looking American artisan, stirling soaps is a massive bang for your buck too
Click to expand...

La Toja is, indeed, a wonderful product; I would also recommend it. The price/performance ratio is almost impossible to beat. Arko is cheaper, but you'll have to look hard to find anyone that hates the scent of La Toja. If I had to 3017 a shave soap, it would definitely make the short list. I can't praise it enough.

On the cheap end, 3P (or the Italian brick of your choice), La Toja, and Pre de Provence. Also, the Cyril Salter hard soap is an excellent value, check Connaught shaving, shipping is reasonable.

EspressoAndAftershave said:
you'll have to look hard to find anyone that hates the scent of La Toja
Click to expand...

I hate the scent of La Toja. It smells like an ashtray from Hardee's circa 1984. I do, however, put up with it because of it's performance.

borwish said:
I hate the scent of La Toja. It smells like an ashtray from Hardee's circa 1984. I do, however, put up with it because of it's performance.
Click to expand...

Pasteur’s sticks had it, Bullgoose sticks do not. Both square-nosed sticks.

I have some on the way from yourshaving, will report on the scent.

borwish said:
I hate the scent of La Toja. It smells like an ashtray from Hardee's circa 1984. I do, however, put up with it because of it's performance.
Click to expand...

First I've ever heard of this. Was this an old stick?

I don't care how well a soap works, I wouldn't use one that smelled like an old ashtray. Life's too short.

Col. Conk original line comes in a clam shell package. Small compact not a lot of water in the product - keep transport costs down. Not a lot in the way of extraneous packaging. A few traditional scents including bay rum and lime. Glycerine soap that would likely stand up to any climate. Not highest quality soap; long lasting and relatively inexpensive. The Italian soft soaps might not last in all climates. Some have said Cella can degrade. I have not had the Cella degrade. Col. Conk might be willing to wholesale as it is a possibility on their web page. The natural line is more like traditional shave soap - the one product I tried in that line was way more expensive and with more water. I think there are better products at a better price out there than the natural line.

Cella and the Italian soaps you would need to repackage.

Hasslinger Schafsmilch would fit the bill. The soap is of excellent quality and the price per unit is very reasonable. It has a neutral and soapy scent that few will dislike. Unlike its cousin, it will be perfectly happy stored in either a simple mug or an open dish between shaves. Lather, slickness and post shave are all very good. 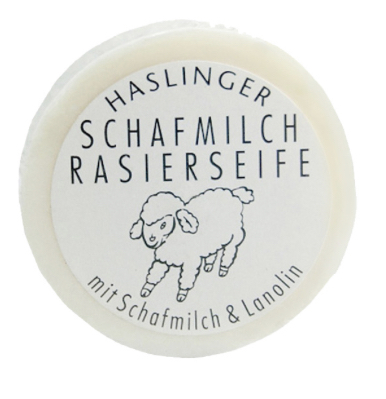 My belief is you can’t beat MWF for value. Purchased from an English vendor, I’m guessing it’s around $10/year. Usual caveats apply, however.

EspressoAndAftershave said:
First I've ever heard of this. Was this an old stick?

I don't care how well a soap works, I wouldn't use one that smelled like an old ashtray. Life's too short.
Click to expand...

As far as I know it wasn't old. I'm not the only one to get that though. I recall two other members having the same thoughts about it.
You must log in or register to reply here.

B
Want to make a Bay Rum Shaving Soap