i guess this doesn't belong in either DE or STR8 forums...

but i just landed a schick type-0 injector. i really wanted an injector because the str8 i have uses the same blades, and i'm pleased with them. the type-o has a more contemporary look to it, which i quite like. i'll have to get me some feathers already (been talking about them for a bit now) and give them a go!

i have a quattro that i received in the mail for free, and though it gives the most uncomfortable shaves of anything i have used, it definitely has a nice design and heft to it. i'm hoping the type-0 has the same. 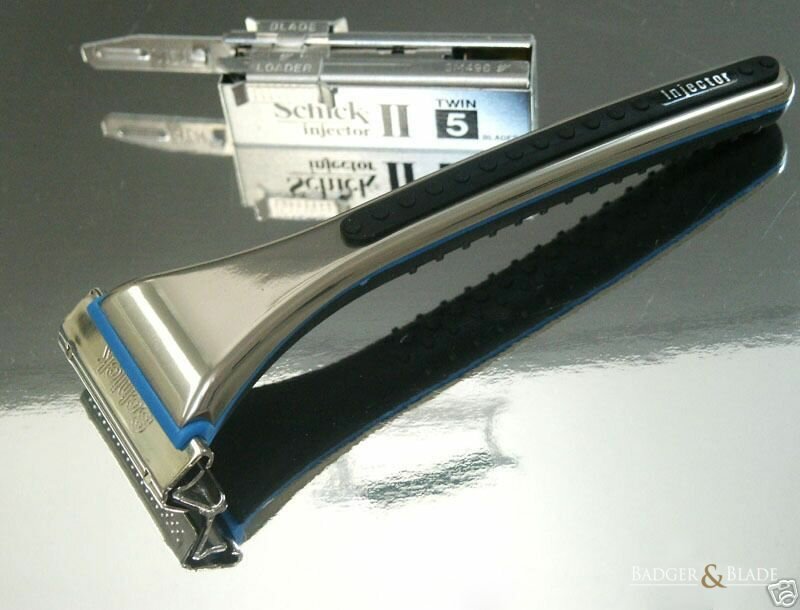 , it definitely has a nice design and heft to it. i'm hoping the type-0 has the same.
Click to expand...

Greetings Robofunk,
This is the right place, Safety Razors. Nice looking injector. Is this the model that was last sold in the Japanese market? Is it adjustable (does not look like it)? If you get bored with it, let me know.

as far as i know it's a non-adjustable, and the seller claimed it was sent to him while his father was in japan. i wish his dad sent him some other japanese schick stuff as well:

other things can stay in japan...

robofunk said:
other things can stay in japan...

Or maybe that is a bath tub for little babies....

Very sharp looking razor. I like the clean lines.

Rik,
Are you sure that this is not a type "P" footbath?

guenron said:
Rik,
Are you sure that's not a type "P" footbath?

guenron said:
Rik,
Are you sure that this is not a type "P" footbath?

How to use Japanese style toilet (graphic cartoon, click with caution)

I thought the Japanese culture to be the best Oh have I been woken up into reality !!!!!!!!!!! Awefull ! awefull, toilet looks like a FRance type they have weird Customs aswell, Ive been into a Pakistani Camp when I did my tour in Bosnie as a Nato employee the toilet there had some weird wooden box around a normal European type toilet so they dont use the seat ! you get up on the box and Squad on the wooden box ... a bit better for your ballance !!!!

Since this thread has been completely hijacked I offer for those that had the SE Asian experience of the 60's-70's, rememberance of the the pungent aroma of the diesel fuel waste disposal system that was used.

I, too, was always enamored of Japanese culture. As evidenced by the above photos, their nation has hit rock bottom ever since I removed one of their national treasures (Mrs. Ouch) from their shores. Other than her family, there's not much left for me to visit there now.


On a more shave-related note, her brother gave me a single bevel straight razor to try, which I have since returned. It was the most diabolical shaving implement I have ever attempted to use, and I lacked the requisite ambidexterity to shave even half my face.
You must log in or register to reply here.