I've studied snakes and other reptiles (plus arachnids) on and off throughout my life.

I call him my little friend because every spring/summer, sometimes more than once, my mother calls me to report sighting what I'd call an intergrade rat snake that's inhabited her backyard for going on ten plus years. He's never grown in size, apparently, then again he's already 5.5-6' long as it is. Despite him being a "friend", he's never glad to see me

This time, though, he was a bit more photogenic and allowed me to snap some pics. Actually, I think I posted a similar thread a couple years ago, but here are some new ones: 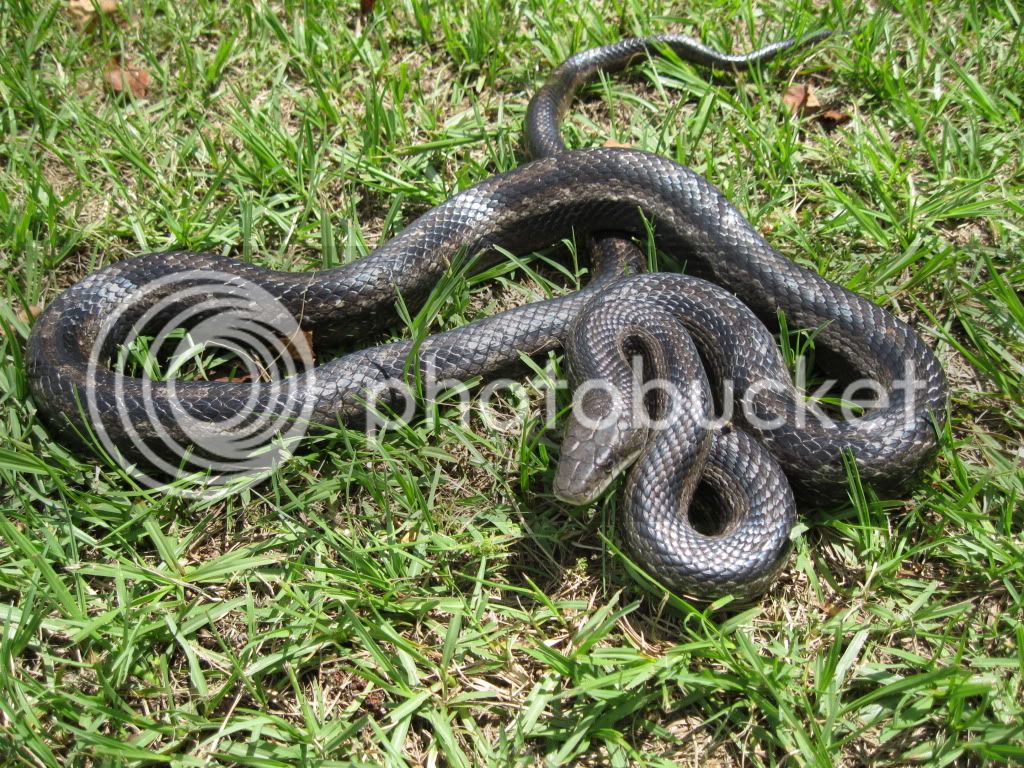 Looking for opinions from others well-versed with snakes. Around here and many other parts of the Southeast, hybrid rat snakes aren't all that uncommon in areas where different subspecies overlap. Initially, I thought he was Corn snake x Black Rat, but the horizontal stripes make me think there may be some Yellow rat in there.

Regardless, an interesting one. Opinions?

Oh, and here's a semi-local and lulzy news article talking about a "15-20 foot python" that is obviously just a really big rat snake...