I have an almost empty Aramis 4.2 ounce EDT from 2003, and it is a favorite of mine, and am watching Ebay for a reasonably priced vintage bottle. Recently I found a 2 ounce bottle on clearance at Walmart as a replacement. This new bottle is dated 05/2019, and I have worn it twice. The top notes are close, but the middle and drydown differ. The 2003 bottle drydown is a leathery/herbal/spicy scent, whereas the 2019 bottle is more mossy/vetiver than leather, similar to Polo Green, but not as stout. The new version should be awesome come winter. I feel like not having to replace my Polo now, since it is about three-fourths gone. Wondered if other members with new and vintage Aramis experience have the same thoughts.
Last edited: Sep 23, 2021

This is one of the classics I wanted to try...then I read what people were saying on Fragrantica: 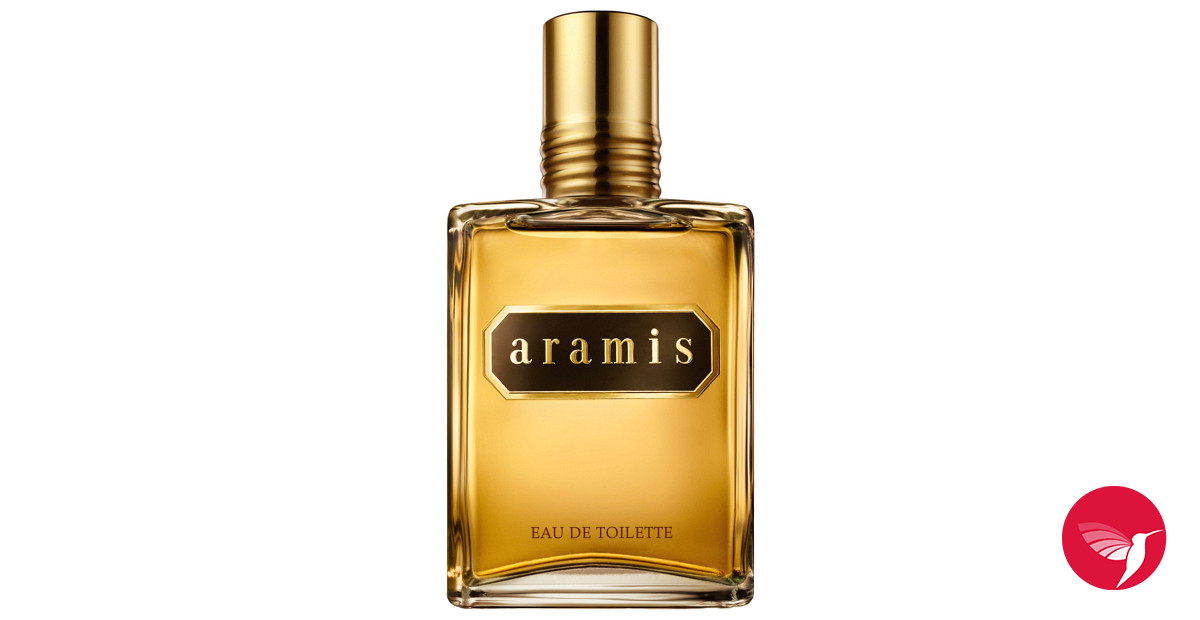 Aramis was created in 1966 and dedicated to men who appreciate tradition and classic, and this is the reason why this perfume is always modern.The composition is built around woody, sharp notes, which...

There was a reformulation in 2019 that in not well received, please see the comments at the bottom of the page.

All I have of the straight up Aramis is a bottle I have had for probably decades. I not tried the regular Aramis in any current version for a long time. I know they really changed Aramis Havana not that many years ago. It was really hard to get before that for a large number of years.

I guess I am not surprised that a once great frag was degraded through reformulation by Aramis. A shame.

My current bottle is ‘00s.
Guess I better start looking!

Why can these companies not stop screwing around with their formulas??

I purchased an 8 oz. bottle of “Original Classis” Aramis cologne. I had contacted the seller trying to confirm this original Classic. Owner confirmed.
The bottle arrived today. The box “looks” like a classic bottle-aged. I opened the bottle it does not smell like my current bottle.
Checked the bottom of the bottle, there is a date code. March 2021.
I have already received refund.
grrrr.
K

Four for Luck said:
I purchased an 8 oz. bottle of “Original Classis” Aramis cologne. I had contacted the seller trying to confirm this original Classic. Owner confirmed.
The bottle arrived today. The box “looks” like a classic bottle-aged. I opened the bottle it does not smell like my current bottle.
Checked the bottom of the bottle, there is a date code. March 2021.
I have already received refund.
grrrr.
Click to expand...

What a bite to be let down that way, a real bummer. The more I wear the 2019 Aramis, it convinces me that it is more like Polo Green after fifteen minutes and beyond of application, not Aramis of years ago. I like it, but it is not Aramis of years ago. Fortunately, I did find a small one ounce spray from maybe five years ago in my stash of several favorites I keep back-up bottles on hand. And it smells like my 2003 bottle which is almost gone, so I'm set for the original version, but will ration it. Wish you luck finding an older bottle, because that version of Aramis is divine. It would sure help if sellers would confirm and show proof of manufacture date of what some state as "original" and "classic" fragrances. So many opportunists out there.

I have a few bottles from a few years ago (2017, I think) that still smell very good. Oakmoss is listed as an ingredient in this version. It’s a shame if they ruined it in the current formulation. I think it had a good reputation as being close to the original until recently.

JCinPA said:
Why can these companies not stop screwing around with their formulas??

I cannot remember what I have posted where on B&B, but I notice Amazon has original Devin, an Aramis flanker, for sale for $299 a bottle now. If that is not a signal to companies to stop screwing around with their formulas, I do not know what is. I realize there are some ingredients now banded in Europe and the like, but I bet even so they could come closer to smelling like the original than they do. I personally think it is an outage and seems to almost always involved cheapening the product.

I would say that Guerlain Vetiver is a bit of an exception. I have a bottle of true vintage Guerlain Vetiver--I forget exactly, 60s or 70s, I would say, very different bottle--and it is very different from the current versions and versions for decades. I say it smells old school enough to give me a little pause in wearing it, although I truly love it. If I recall it has legs that go on forever! But I have at least liked every formulation of Guerlain Vetiver that has come along, and I would say there have been lots of them and subtle variations in between. I do recall ever trying a version and thinking Guerlain really lost the thread on this one and has truly cheaped out.

On “the bay” an 8 oz bottle of “classis” Aramis is offered for $255.00. There are four+ pictures. None showing the bottom of bottle.
I wonder if there is a date code.

I have a decent stash of Aramis, all vintage.
Last year I did go through a set of small, maybe 1.7 oz, bottles of new EDT and AS. A couple years back I had some from the UK...which is sorta in the middle of new and old I guess.

Between the old stuff aging and the new stuff being made in a different place, reformulated, and not aged yet; yeah, there's a difference. To be expected though. Even without the reformulation, Cologne from 1972 isn't going to smell the same a a batch just out of the lab. I think the new stuff is fine, honestly. It might even be easier to wear more often actually.
One spritz too many of the old stuff and you become 'that guy'.Def not for the office or a funeral.
With the new stuff, the original DNA is still readily noticeable. But, its - ehhh. lighter, thinner, not really anemic though. Still has punch. Just not like it 'used to'.

The original hits like a steam locomotive with a runaway boiler, doing 90, downhill, no brakes, on icy tracks.
It is unapologetically and unrelentingly fierce.
The original Aramis Aftershave Splash is stronger than the new Spray EDT I think. I used it tonight actually. Wicked powerful stuff.

There are a lot of knock-off bottles and sets out there, which makes buying on the used market more difficult. Even buying from yard/garage sales, there was so much of this stuff banged off and sold on the cheap in street fairs and flea markets that it's hard to know what's real and what isn't. I have gambled a few times and scored a few fakes along the way, wound up tossing them. You can tell they're fake because even if the general scent is 'there' - the strength is so very not there.
Sometimes the juice is legit but stored in an uninsulated attic for many decades; storage temps ranging from -10 to over 100 deg F across 30 or 40 yr will wreak havoc on anything.


Gamma said:
To be expected though. Even without the reformulation, Cologne from 1972 isn't going to smell the same a a batch just out of the lab.
Click to expand...

That is true. But as you indicate later in your post time and conditions can really wreak havoc on a scent. Which is my experience often means a loss of top notes and a sense of overall dilution and/or "corrosion" of notes. I would expect time alone to have some of those effects. But in my experience, at least the well-kept vintage scents are generally more powerful and better defined than the recent versions.

Exactly! I have found the same with vintage Polo Green AS. It is good, powerful juice. I mean what is with scent makers? Do they really think the consumer cannot tell the difference? That we have no memories?

Was there somehow a demand for strong scent formulations back in the day that evolved into a demand for weak more generic formulations now? If so, somehow, folks like Tom Ford, Montale, Amouage did not seem to get the memo.

Oh well, that’s too bad. I’ll continue to buy and enjoy the current $30 version however
You must log in or register to reply here.

A Short History of PERFUME by Gary Sargent
2