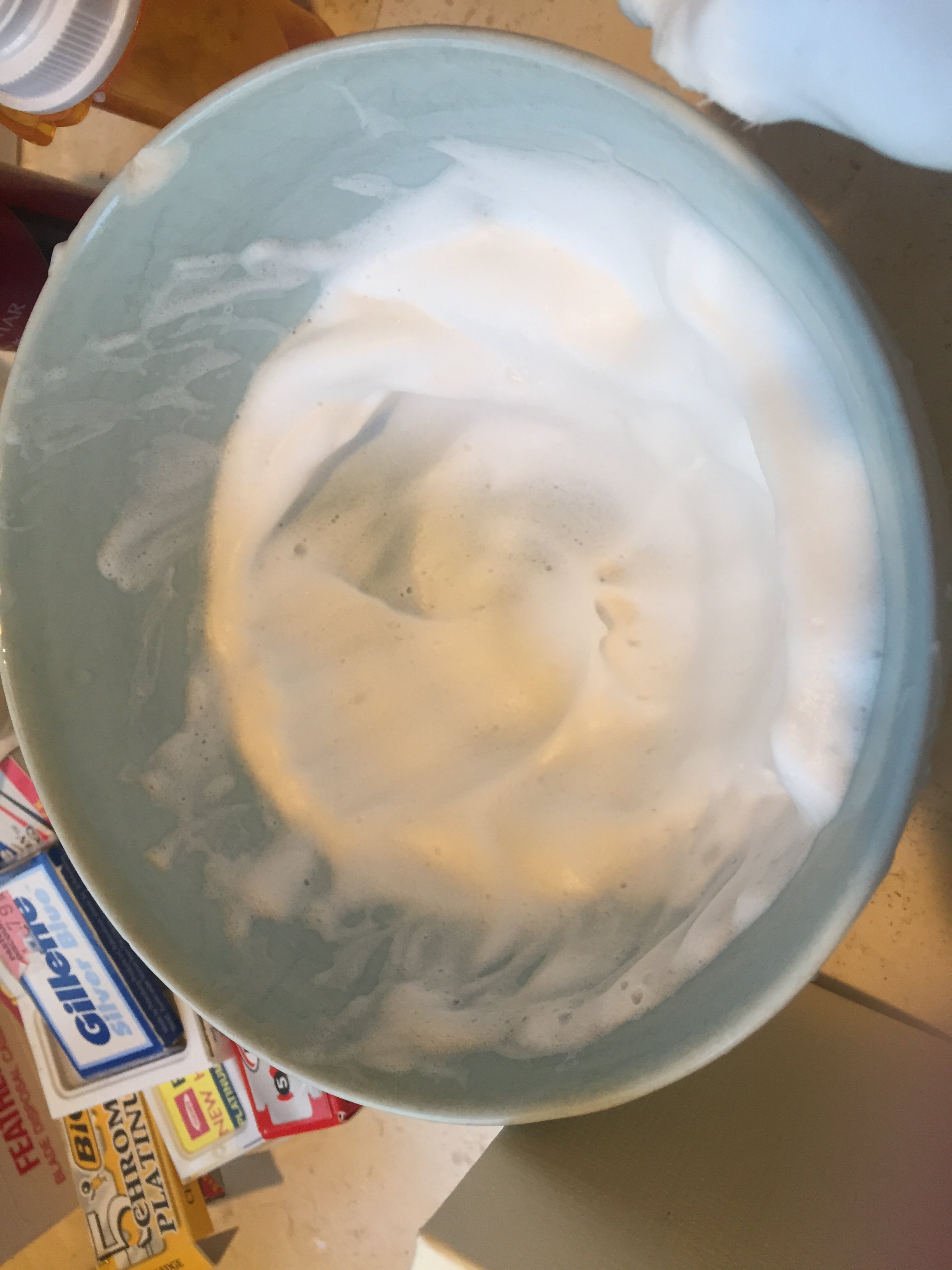 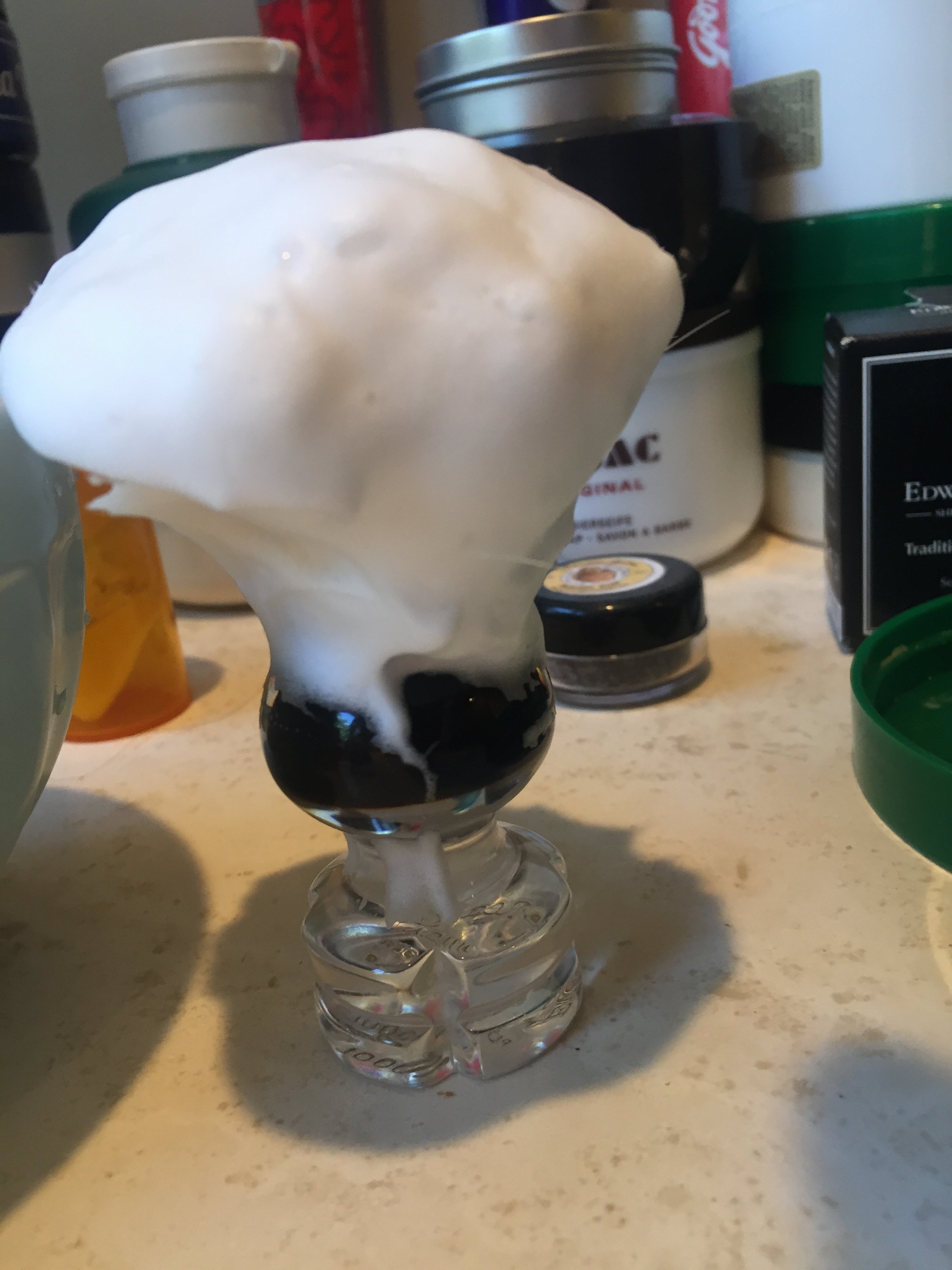 I recently acquired RazoRock Blue Fougere soap and aftershave on sale for under $25 including shipping. The soap was a special, limited run that RR produced for Christmas 2017. Unlike other RR Soaps, this soap is a whopping 300g mini-brick. The consistency of the soap is like a modeling clay. According to RR, the soap is produced to be similar in consistency to brick of Cella or the classic P.160 brick. I jammed the majority of the brick into a 6 oz soap container that Sterling Soap sells. (it is jammed to the top). I PIF'd the rest of it to my brother-in-law, who I've enabled into the fold.

I'm putting forth my initial thoughts after two shaves and a test lather.

I tried to keep all variables the same (razor, blade, alum, aftershave, balm), I could more accurately review the soap.

The Scent
The manufacturer describes the scent this way: "For fans of Italy toiletries, I believe you will recognize the scent right away, it's iconic in Italy, a combination of many different ingredients. This scent defines calm and clean and is truly timeless, you'll know exactly why once you shave with it!" I would describe it as a very familiar scent, that I can not put my finger on, however the more I think about it, I believe the smell is reminiscent of a kneaded eraser (this is a good thing). The smell I'd describe as powdery and nice, not overly masculine, but not feminine either. I find it pleasant (I don't know what fougere smells like, so that's a bit of a loss) and my wife likes it too. It could be classified perhaps as a nice, powdery barbershop-type scent. When I lather it up, the sent was not too strong, but strong enough to enjoy during the shave. On a scale from 1 to 5, I'd rate it a 3 in strength after it was lathered.

The Lather
Today, I used a white boar, which I soaked in my trusty Martha Stewart cereal bowl as I took a shower. I used the @Marco method and let the excess water drip off and loaded the brush for 30-45 seconds. This is a very easy soap to load.

I then took my time and whipped up the lather in the Martha Stewart cereal bowl. Even though the soap is non-tallow, it is a bit thirsty and needs some water. Each time I have lathered this up, it has produced a think, amazing lather. It needs a bit more water than expected to get it shiny, but that wasn't an issue. Today, with the boar, it took well over a minute and slowly adding water to get it to transform into a creamy, slick lather that easily peaked.

Today's shave was a two pass shave, but I produced enough lather for maybe 4 or 5 passes easily.

Overall Impressions
I would put this particular soap up there with any of the top tier soaps I own (and I own quite a few of them: Haslinger, Wholly Kaw Donkey Milk, Phoenix & Beau, Tabac, Klar Kabinett and others). While it is not as good as the Wholly Kaw Donkey Milk, it is a great soap that I recommend (particularly when you get it on sale with the splash).
Last edited: Apr 23, 2018

Moderator Emeritus
Thanks for an excellent write-up.

If I fall out of this year's Sabbatical, this is on my list of "BUY RIGHT NOW" things.

And this is what it looks like in the brick package out of the box. 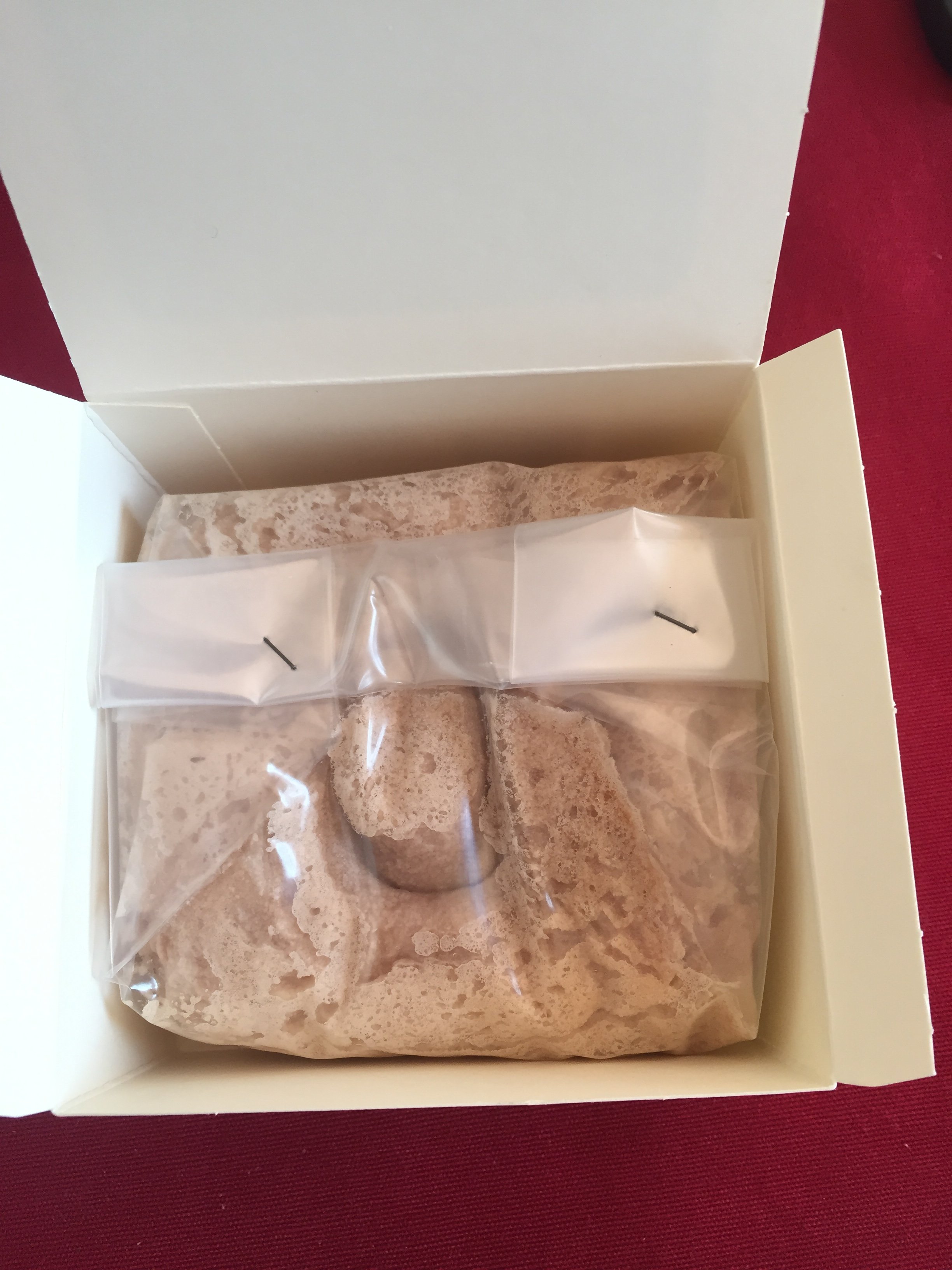 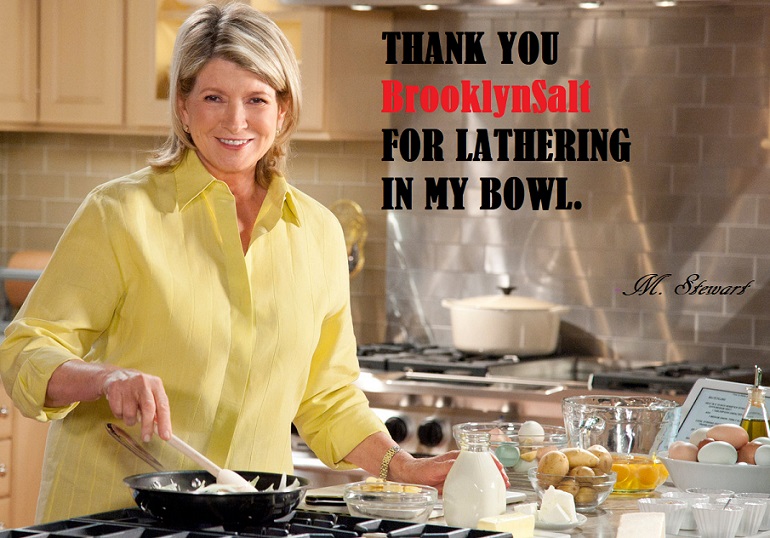 I've always been curious about this scent.

Wonder what makes it a "blue" fougere? (green is the "color" that comes to mind..)

Super Speed Brut said:
Wonder what makes it a "blue" fougere? (green is the "color" that comes to mind..)
Click to expand...

It's because the scent is based on Felce Azzurra (famous family of Italian bath products), which would translate to "blue fern". Fougère is French for fern. So Blue Fougere.

Howler said:
It's because the scent is based on Felce Azzurra (famous family of Italian bath products), which would translate to "blue fern". Fougère is French for fern. So Blue Fougere.
Click to expand...

I do know what fougere means, it's my favorite type of scent!

I wasn't sure what it was based on, (description was vague) but after reading up on the Felce Azzurra, it makes sense, the blue is for calm and clean it seems. (was thinking blue=aquatic, what a way to ruin a fougere!)

"Felce Azzurra bears symbols that have already become iconic and have entered the collective imagination of various generations: the color blue, a nuance which instills calm and clean, the fern, an evergreen plant which symbolizes mystery"

There is never a need to be sorry about disliking a scent, or a soap, for that matter.

Wiki Team
Contributor
I’m going to shave today in a little while, I’ll use my RR Blue Fougere . I haven’t used it in a while, so thanks to this review I’ll try it again.

dmshaver said:
I’m going to shave today in a little while, I’ll use my RR Blue Fougere . I haven’t used it in a while, so thanks to this review I’ll try it again.
Click to expand...

BrooklynSalt said:
Let me know what you think I really think it’s spectacular
Click to expand...

I sure will. I’ll report back in a few hours.
R

You and me both! I actually bought the soap and aftershave based on this thread, but I promptly put it on the BST, as the scent reminded me of cheap dryer sheets. And I HATE the smell of dryer sheets! YMMV, indeed!

Glad I'm not alone.
You must log in or register to reply here.

Yesterday at 10:12 AM
Mustard Seed