This is my first post here but I have been a long time reader and I'm a grateful to B&B for all the nice things I've learned here!

I'm among those who love barbershop and fougere fragrances and on my quest to find the most appreciated ones, I read here and elsewhere about Penhaligon's Racquets formula (the original discontinued one and not the new 2021 release)

It was obviously hard to find until I was able to source a decant from eBay. The seller who has great long time feedback was (and still is) liquidating some old Penhaligon's stuff. A little while after I spotted a bottle priced around $2/ml and I pulled the trigger! Both purchases were made in early 2020 so there is no chance of a mix with the new Racquets EDP 2021 release.

My bottle came without the bow ribbon and without the original box (was mentioned in the listing). It is supposed to be a collector item! The reason of my question here is that the decant and the bottle are totally different fragrances. I'm familiar with reformulations and have smelled and owned several reformulations of things like Creed bois du Portugal, MDCI Invasion Barbare, Amouage, etc. but here the difference looks beyond any usual reformulation!

The decant smells more of a floral sweet scent while the bottle smells very barbershop with a 'drugstore barbershop" vibe! There is barley any similarity between both! I've also smelled some vintage perfumes that aged badly or oxidized and none of my two Racquets formula versions seem to smell like that!

Having never smelled this fragrance when it was in production, I'm confused and I wish to make sure that my bottle is a good one. I've searched a lot to find an answer to this difference and it looks like fake Penhaligons are unheard of, but with the high asking prices for discontinued perfumes, nothing is impossible!

I'd like to ask owners of this fragrance especially those who have owned different bottles, Has there has been any notable reform of this fragrance before its discontinuation?
I also wish to have an objective assessment, so I'm ready to send a sample of each of my two versions to anyone who would be willing to compare them to his trusted bottle. If that would be difficult, i'm also open to purchasing a small sample from anyone who has an original bottle or decant and would be willing to help!
Thanks in advance..


Here a couple of pics of my bottle 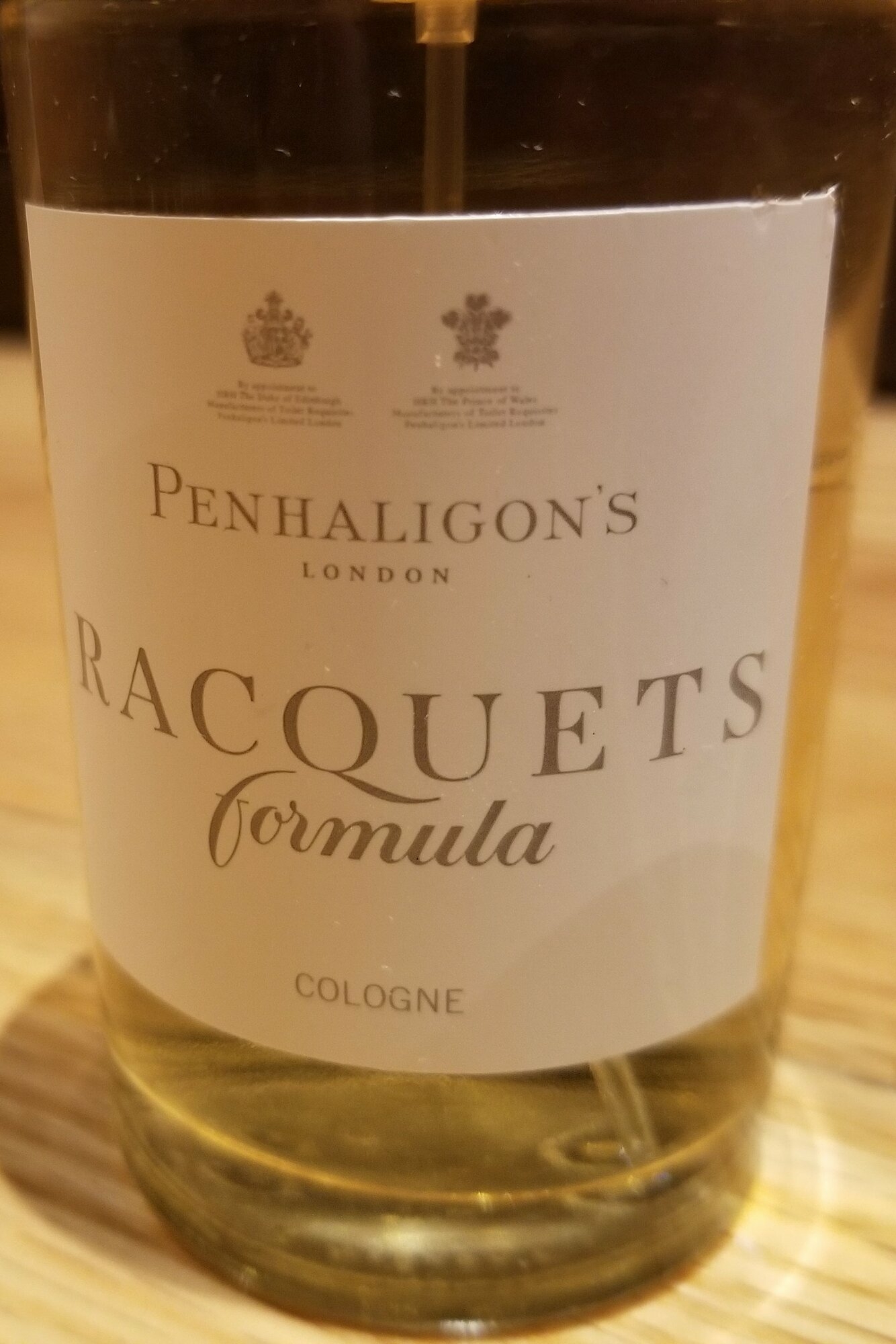 Sir sacaroly, Welcome to B&B!
Your bottle looks same as mine.
Just maybe one of yours got heat damaged?
To my nose, Racquets is musty, vanilla, sweet and chypre.
My spouse finds it one of only a few of my stuff that she actually likes!
Send me a pm and I'll send you a small sample for your own determination. Thanks a lot for your kind welcome and I truly appreciate your input and your good will to help.
Strangley I couldn't send you a pm! (can't find the 'start a conversation' button when I click on your avatar and wonder if it has to do with my membership being very recent!)
You must log in or register to reply here.

Questions about Floid after sale to Martelli/Proraso

Davidoff Cool Water - Its Awesome - Have You tried it?
2 3

Contemplating getting out of the "RAD race"....a couple of questions
2 3 4