Photo of the Day

No wallhangers here, but a couple nice shots from a spontaneous night walk on the beach.
.....

Taken on the Columbia River outside Pasco, WA

Contributor
this monday morning, started out with hope of nice sunrise, then it turned cloudy and a little stormy.
here's a 15 frame sequence, at 7 second intervals, Q2 on tripod.
one frame catches a piece of lightning off to the south (frame right).
all exposures were same for this sequence.

here's that single frame, with some hdr filtration...

Contributor
this wednesday morning's walk.
had high hopes with the early sprinkles, but everything cleared.
again, don't waste any time watching, thanks. 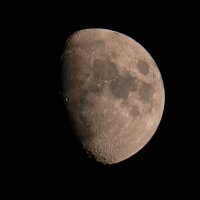 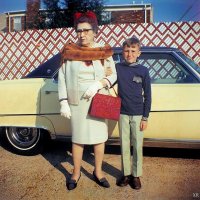 Another shot of last nights moon. This one with clouds. 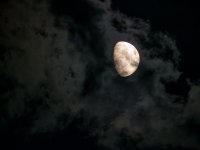 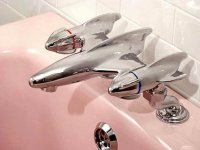 Contributor
another from 1994.
i might have posted this a few years ago.
rabbit hash general store, before it burned down in 2016 and subsequently was restored.
after the restoration, the store at last added smoke detectors and fire sprinklers, which one report said it had avoided despite being on the list of national historic places for many years.
this photo shows the porch roof and Coca-Cola sign under repair.
(only a guess, sprinklers at that time might not have cost much more.)
the newspaper headline reads "Gunfire Sprays White House", the incident in october of that year.

Contributor
another smoky mountains sunrise, scanned from slide film, circa 1994 i guess.