On the Third Day of PIFsmas, A Velani Cortina bent Dublin pipe

Well, this is not a "special" pipe in any way. It's a decent smoking everyday, everyman kind of pipe, I suspect I paid between $40-60 for it back in the day and got it at some place like Iwan Ries when I was in Chicago or similar. This pipe predates Internet shopping so I definitely picked it up in a store. This will not interest you uber-pipe collectors, but for those of you starting out and building your pipe collection and not wanting to break the bank ... this is a nice pipe. Not a great pipe, but a nice pipe.

It's an Aldo Velani Cortina bent Dublin I've had forever, but not smoked much because I'm really not a full bent kind of guy. But I wanted to try my hand at refurbishing and this was in good shape and pipe #3 for my hand-worked cleanup projects. I had indiscriminately smoked aros, VaPers, and Englishes in this so I decided to do the cotton swab, alcohol treatment of the bowl.

It's also varnished! It's the only pipe I have that is varnished, hence the super-glossy finish. I had burned the rim a bit with cigar lighters, and the varnish had cracked a bit, so I did the micro-mesh sanding pad series on the rim, followed up with Paragon wax, and buffed with a microfiber cloth. The stem, though acrylic, had some light tooth chatter, and I wanted to practice the superglue/sanding fix, so I did. Wish I had before photos, but after sanding from 240 grit wet/dry up to 12000 micromesh and CIF cream, it looks pretty good, I think, for my first outing. No power buffing on this one.

So, an inexpensive but nice-smoking varnished briar for a budding collection, for some smoker on his way from cobs to the Tiffany pipes some of the guys around here collect. An unpretentious pipe for an unpretentious smoker, I'm moving it out of my collection because, well, I'm addicted to cleaning these things up now, so I need to have them both coming in and going out so I can work on them.

I'll pick the winner on Saturday, December 18. It's not much, but it is free to a good home, as the dog people like to say. 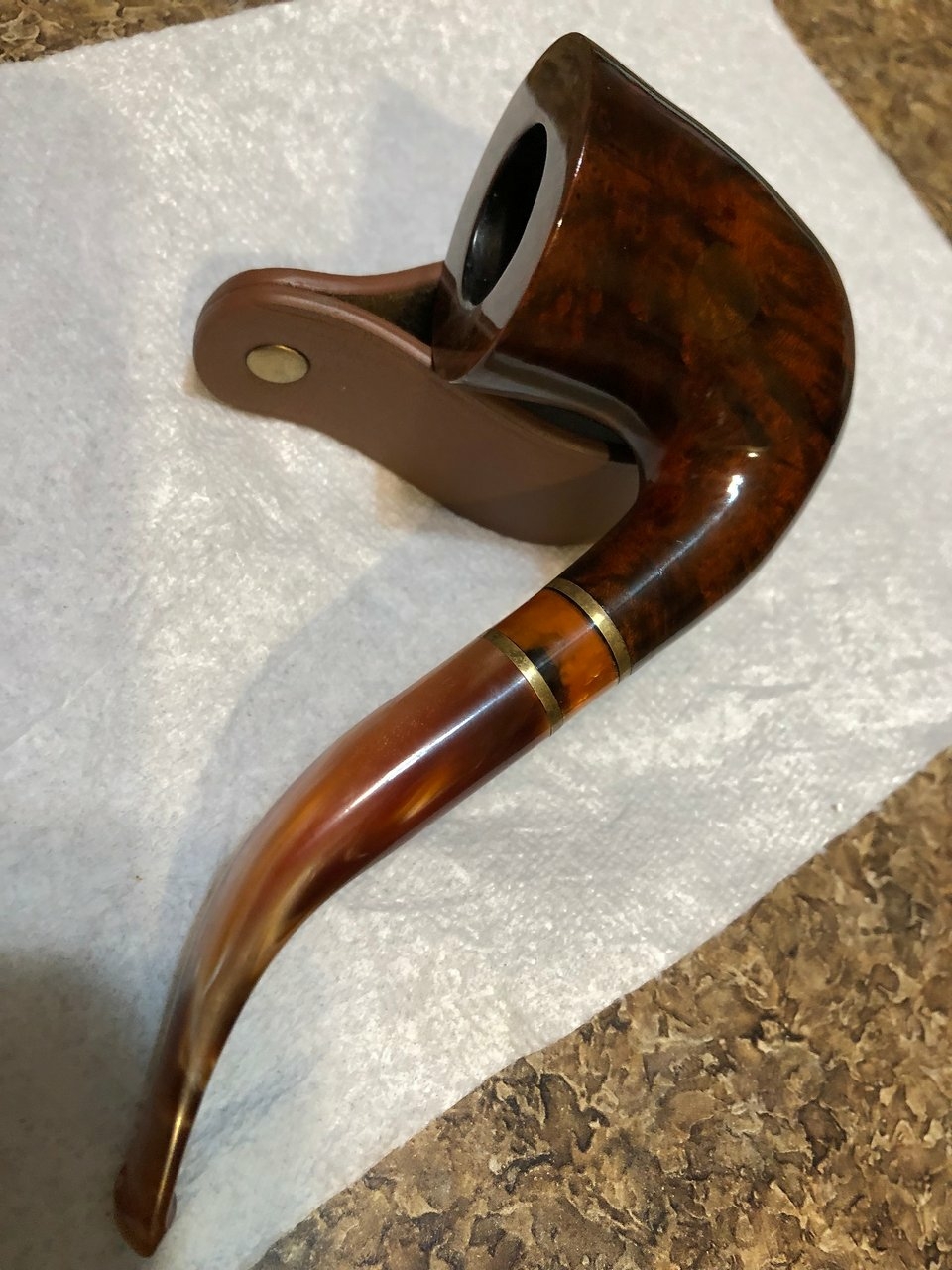 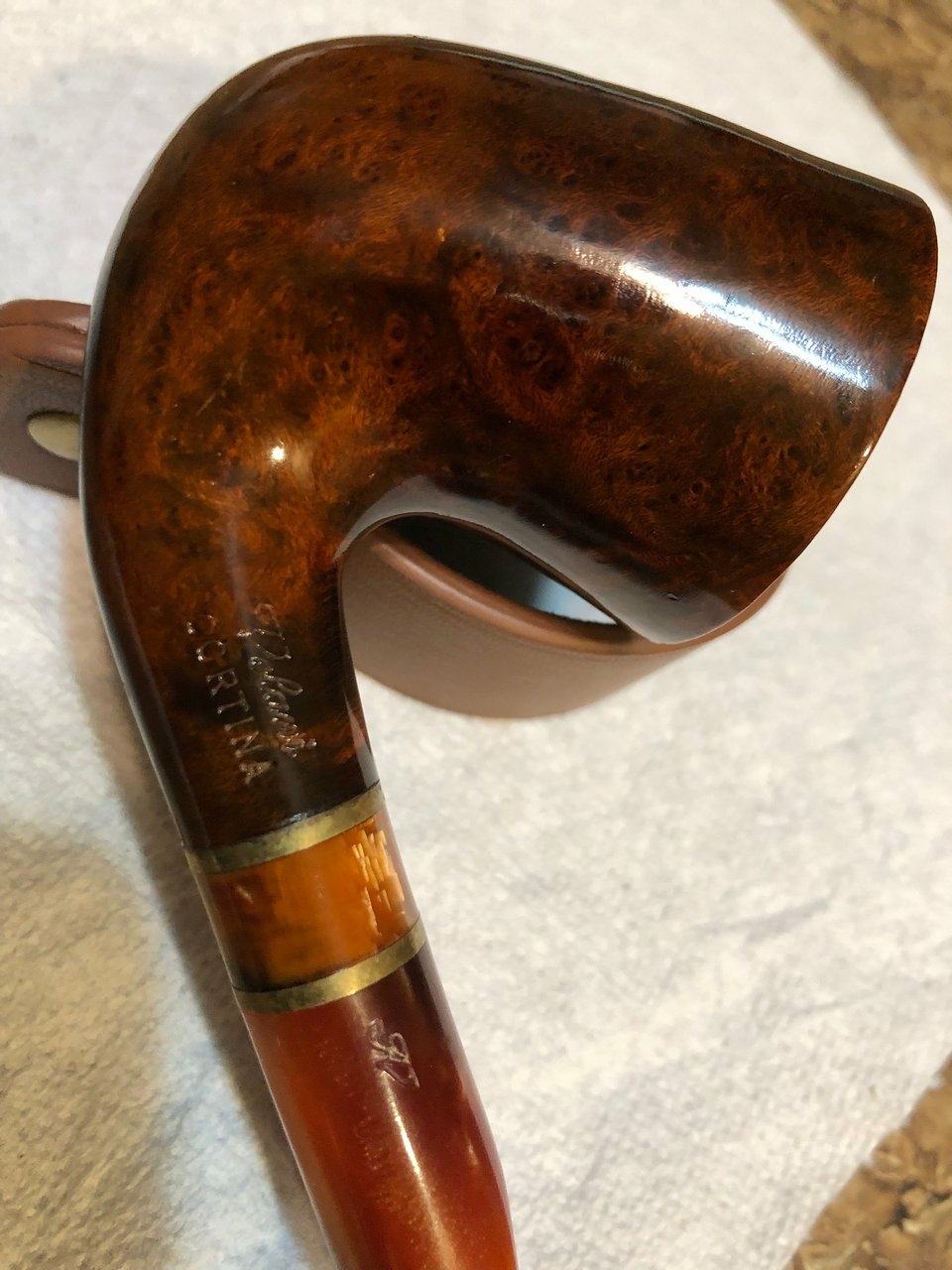 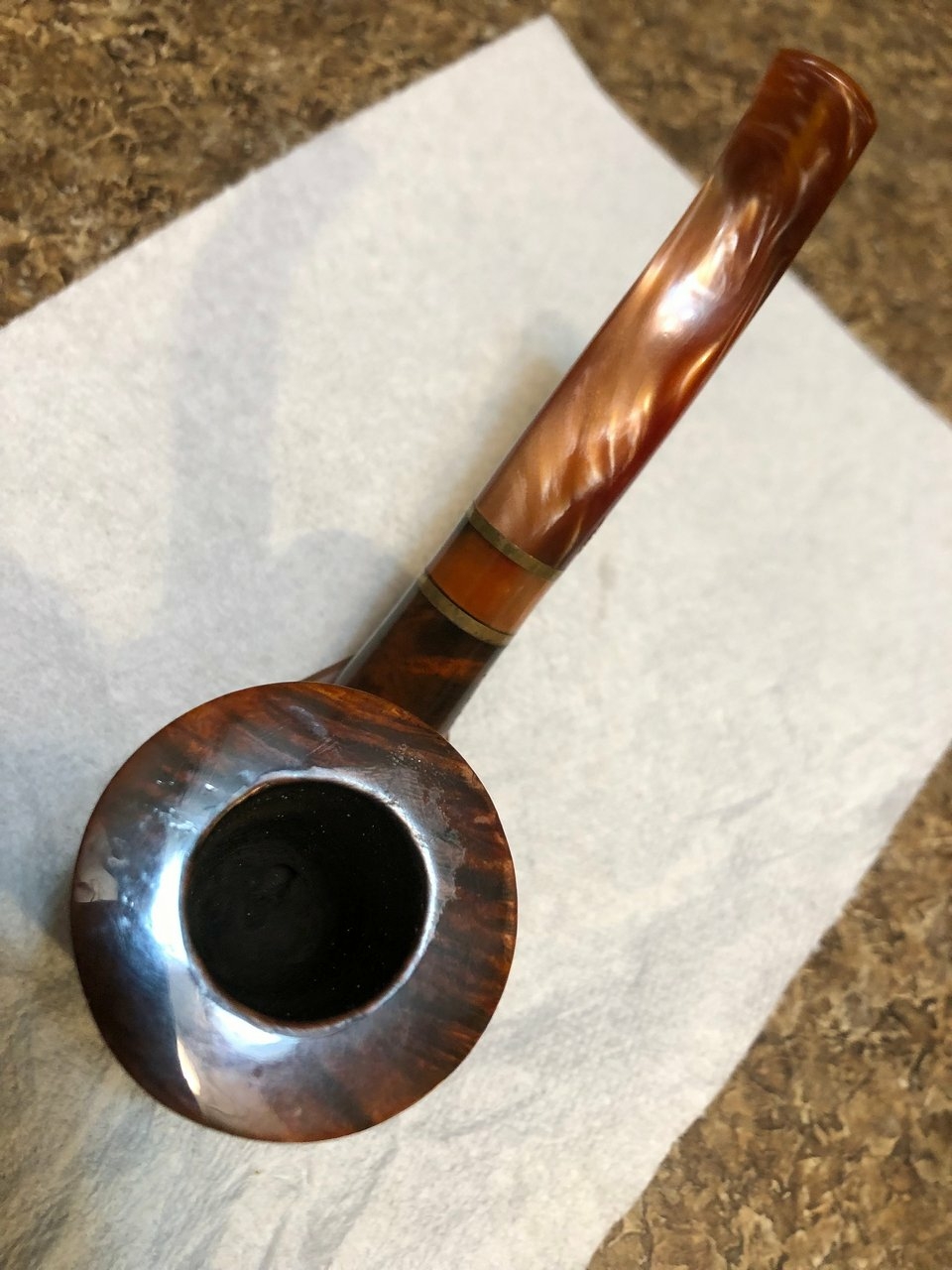 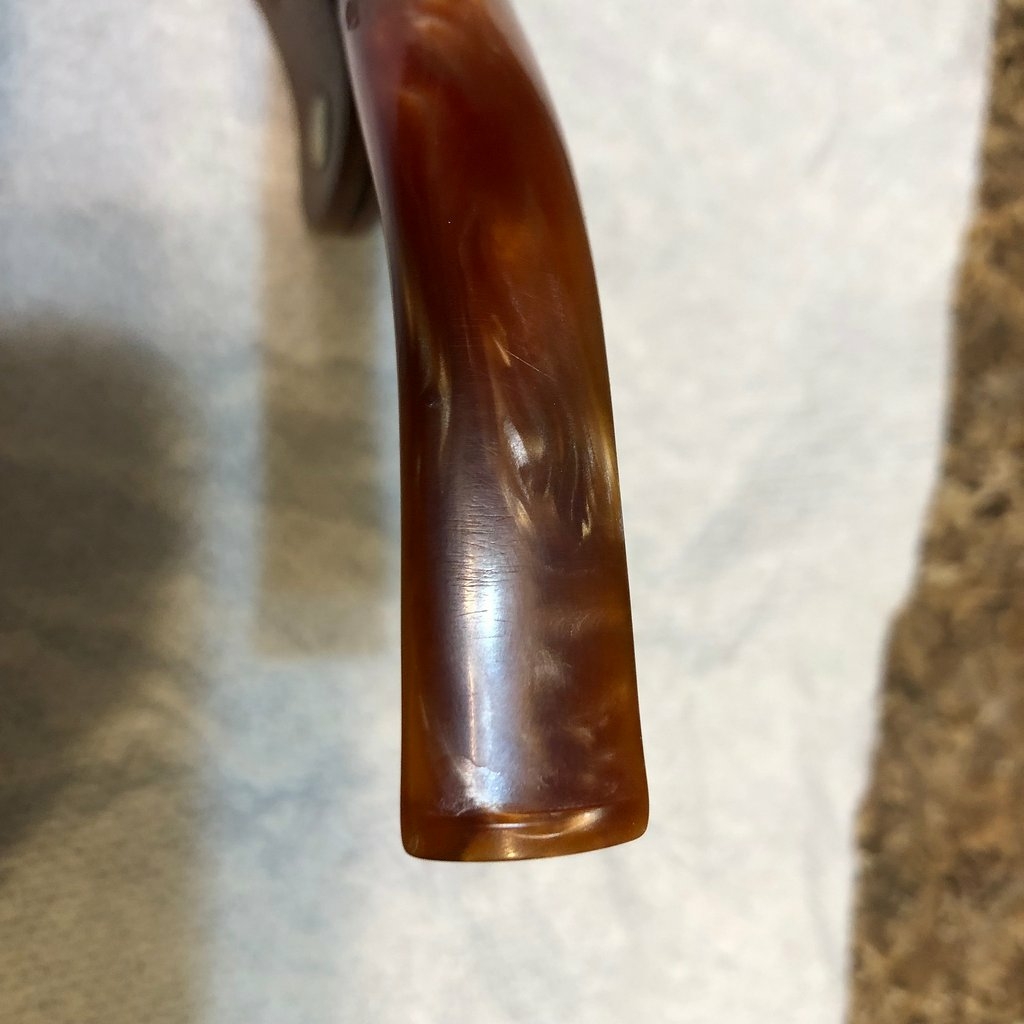 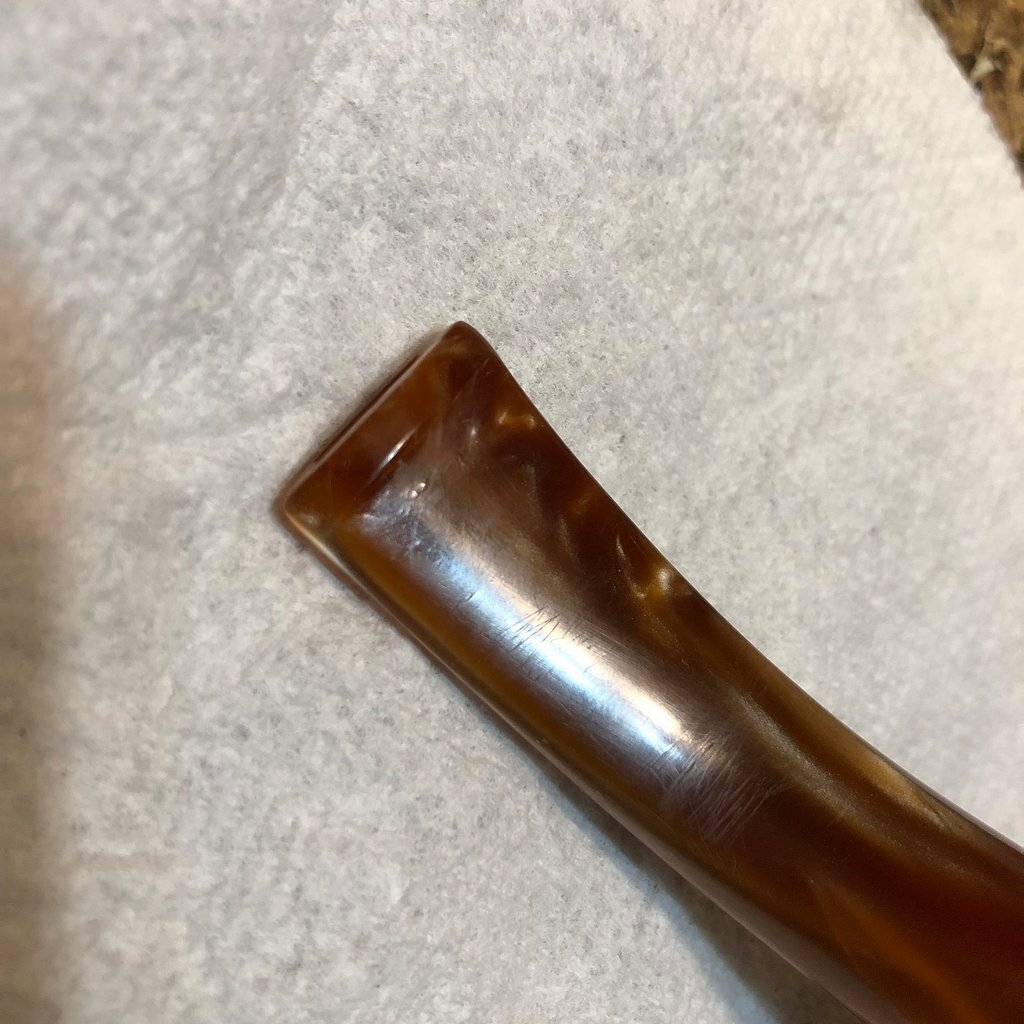 I'm IN! That is a nice looking pipe and all of mine are straight so a full bent would be a nice addition.
Thank you for the opportunity!

I am in please.

Very generous! Nice pipe too! I am not in on this one

very nice pif.
But not in. I don't like the looks of the pipe.

Used to have fun with Commander Yellow Pantyhose

I’m in please. Thank you.

Very nice PIF, not in on this one.

Very nice PIF and pipe! Not in, though.

(Those thick walls should smoke quite cool.)

Mr. Barth, this is your lucky day. Please PM your deets. Thank you. 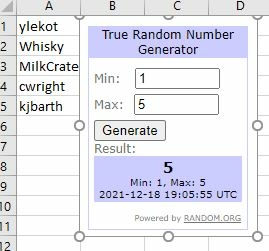 Wow! I feel so honored. I never win anything, ever! Thank you!

Merry Christmas and happy holidays!
You must log in or register to reply here.

Teetering on the brink of a pipe rabbit hole.
2

GIVEAWAY! On the 10th day of Pifsmas... a Duca Eraldo pipe
2

Who has restained a pipe - the whole stummel