Has anyone had an old soap dry out or be otherwise unsuitable for its intended purpose and if so what did you do?

Depending on the soap, you can always try to rehydrate it. I have an old puck of Safari pressed into an Old Spice mug that's pretty dry. I always add a teaspoon or so full of water on top of the puck and let it sit for awhile, ideally overnight. The next morning I can lather it up and shave.

Just wondering...how long would it take for a soap -- especially tallow-based -- to dry out to a point where it would be unusable?? I just can't see this happening.

Many vintage tallow soaps that cam be found are over 40 years old, and well dried out. But not to the point that they are unusable. In fact those soaps are some of the best there are. With a hard tallow soap, I wouldn't worry. Soft soap can be rehydrated, usually, if they get dried out.

Moderator Emeritus
I used a few vintage soaps without any issues. Like all my current soaps, I put a tiny bit of hot water on it while I shower. It soften the soap a bit and it works really well after that. I haven't got a vintage shave soap that was unusable yet.

I've had some Cella go rancid after a couple of years but not any tallow soaps. Tabac, which I only use about once a year, is still fine after 6 years and I just dug out some Harris Arlington that I haven't touched in 2 years and it's as good as it was when I bought it almost 4 years ago. Tallow soaps may dry and crack, but come back to life with some hot water on them.

njpaddy said:
I've had some Cella go rancid after a couple of years but not any tallow soaps.
Click to expand...

Except that Cella contains tallow....

When I was a boy my Grandfather was thrifty and when a puck of Williams or Colgate became a sliver or real thin he would remove it let it dry and drop it into a wide mouth mason jar. When he died in 1986 the jar set under the sink until my mom got it back in 2008. In 2012 she gave it to me. I took it all out and graded it with my dollar store cheese grater into a bowl then I get out and shave with it on his birthday and my birthday. Some of that soap was over 60 years old when he died in 1986 so that shows it last a LONG TIME!

TheVez2 said:
Except that Cella contains tallow....
Click to expand...

Been so long since I used Cella that I forgot. I should have said hard soaps instead of tallow as I also have some old hard veggie soaps that are still good.

Cella loved the lather and scent but it hated me. I could not shave with it and even after washing it off with in a minute of applying it I had a Bright RED Face for the next hour.

Yep. Do this. Water soaking will revive dried soap.


SuperChris said:
Depending on the soap, you can always try to rehydrate it. I have an old puck of Safari pressed into an Old Spice mug that's pretty dry. I always add a teaspoon or so full of water on top of the puck and let it sit for awhile, ideally overnight. The next morning I can lather it up and shave.
Click to expand...

I bought an old Yardley stick container at an antique shop a while back. It had a nub of Yardley shave stick left in it. It was scentless, desiccated, and sorry looking. I pulled it out and grated it into a mug. Put a bit of water on it and used it the next day. It was an amazing lather, lime very few modern day soaps.

Soap is soap. The chemical process that it undergoes to become soap is done. Age dehydrates it but with the addition of a little water it snaps back into what it's meant to be.

The comments about cella and the other croaps may be true, although I've had a tub of cella for two years now that's fine as the day I bought it. It has developed "lumps", which I call Stearic spots, but it still performs the same way.

A hard shave soap with considerable age will likely look far worse than it's capabilities.

You can kill creams but not Soaps.

Moderator Emeritus
My Pitralon seems to have dried out a little

, but I'm not worried at all about it. When it comes up to its turn to be 3017'd, I'll give it some water starting about a week before. 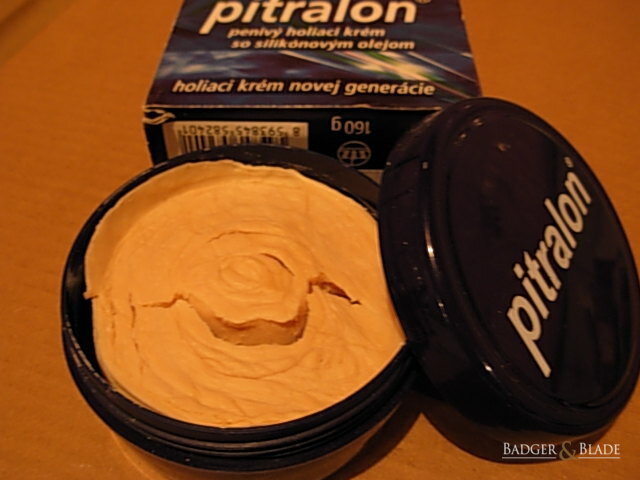 I use whatever vintage soaps I can find. One of them is an old unnamed stick. I just cleaned the end (shaved the old off with a knife) and face lathered with great lather

Moderator Emeritus
I have a very old puck of Wrisley Spruce that was as hard as a rock. I couldn't get a decent lather to save my life. I did the overnight soak, and it was good to go.
You must log in or register to reply here.
Share:
Facebook Twitter Reddit Pinterest Tumblr WhatsApp Email Link
Top