Such a shame...and so young too. You'll always be my legume.

Rest in Peace My Friend (watch out for squirrels)

Mr. Peanut, the dapper Planters icon, is dead at 104

"It's a sad day for anyone who has ever truly loved a legume. On Wednesday, Planters announced it has killed off the iconic Mr. Peanut for the sake of good television.

The three men (or two men and a monocle-wearing legume) were taking a road trip through winding, desert canyon roads when an armadillo caused the NUTmobile to swerve off a cliff. The three travelers ended up hanging from a small branch high above a canyon.

As a final act of heroism, Mr. Peanut purposely fell to his death in order to save Snipes and Walsh. He died respectably still wearing his top hat.

Mr. Peanut was a hero. I love peanuts.

Billski said:
Mr. Peanut was a hero. I love peanuts.
Click to expand...

Bill:
Peanut Heaven must be nice. 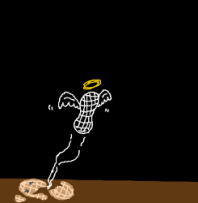 "All things are posssible when you have Planters". CBJ
Last edited: Jan 22, 2020

That was awesome lol

He has tossed off his mortal shell.

And "here's the rest of the story".

Why Planters killed off Mr. Peanut

"Don't sell your soul to buy peanuts for the monkeys". Dorothy Salisbury Davis

To quote Brig. Gen. Anthony C. McAuliffe during The Battle of the Bulge “NUTS!“

timwcic said:
To quote Brig. Gen. Anthony C. McAuliffe during The Battle of the Bulge “NUTS!“
Click to expand... 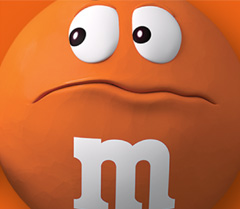