dws said:
The Room. The entire movie is worthy to this topic.
Click to expand...

"Beyond the Black Rainbow"

Couldn't get through Putney. I'll try again some day. El topo is awesome.

"Bolt" - a movie star dog is convinced that his superpowers are real, and not just special effects, even after he gets out into the real world.

Hardly any mention of it after its first run, and no merchandising.
I thought it was terrific.
And hilarious. 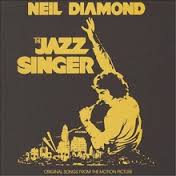 John, that is a cute movie and and fun premise, I agree.

Diamond men with Robert Forster. Filmed in Central Pennsylvania and takes place there. Their words of wisdom, do not leave Chinese food in the car overnight...then there is the Altoona riding club.
If you are looking to really mess up a few brain cells watch Diamond Men then Sexy Beast and finally 44 Inch Chest.

Contributor
For those who like low budget gross out, I watched Premutos. It's German and made for what appears to be around $46 and some change. It's hilarious, although there are some dull stretches in the middle. It's been compared favorably to Peter Jackson's Dead Alive, which is a bench mark in the gross out comedy horror genre. Some other famous in the genre are Re-Animator, and the Evil Dead movies.

haven't seen that in ages, probably since it was last in theaters.

emwolf said:
haven't seen that in ages, probably since it was last in theaters.
Click to expand...

May 1983 - Liquid Sky - first movie i took my small town N. Ontario girlfriend to on her first visit to the big/small S. Ontario city i lived in, first impressions...

The friend that had sent me a photocopy of a review for it months earlier, called me out of the blue that afternoon from Telluride where she was working, she'd call maybe once every few years depending where she was living/working. The movie was a one day showing at our local rep theatre, how'd she know...