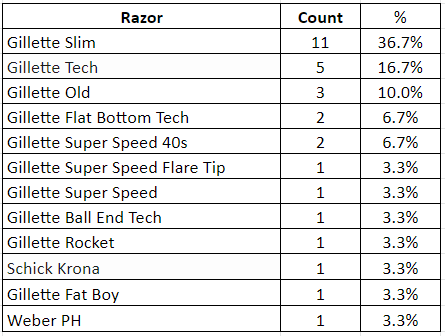 If Blackland hadn't resurrected the Tradere, I would be saying that one. And I still think it would have mass appeal if CNC machining wasn't by it's nature so expensive, heh. But it's still in production (assuming Blackland restocks it sometime), so it doesn't count for this topic.

The Weber gets the nod from me. I have the DLC version, but any of the three versions (DLC/ARC/PH) would be well worth a try for anyone, imho.

Gillette Super Speed Flair Tip. Works for most shavers but probably best for only a few. Mass Appeal though. The Slim is probably a better razor but adds complications (i.e. "which setting should I choose") which can be off putting. The tech is disassembled to change the blade and that sounds like a complication to many folks. I'm just thinking appealing in terms of the fewest things to dislike and, I suspect, many people (if not the majority) really don't care that much about the shave as long as they don't have to think about it and don't get cut. Shucks, cartridges are all about avoiding cuts even though the shave isn't good and look where the market is today. Ok, don't look at that, it's ugly. Lately I've been regularly returning to a wardonia so not only YMMV but My Mileage Does Vary (MMDV).

Another vote for Fat Boy!
O 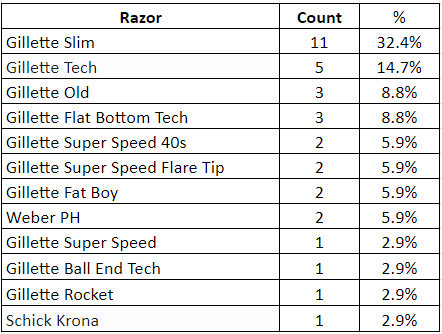 Gem 1912(sold millions of different variants over the decades) and also the Gillette Fatboy. 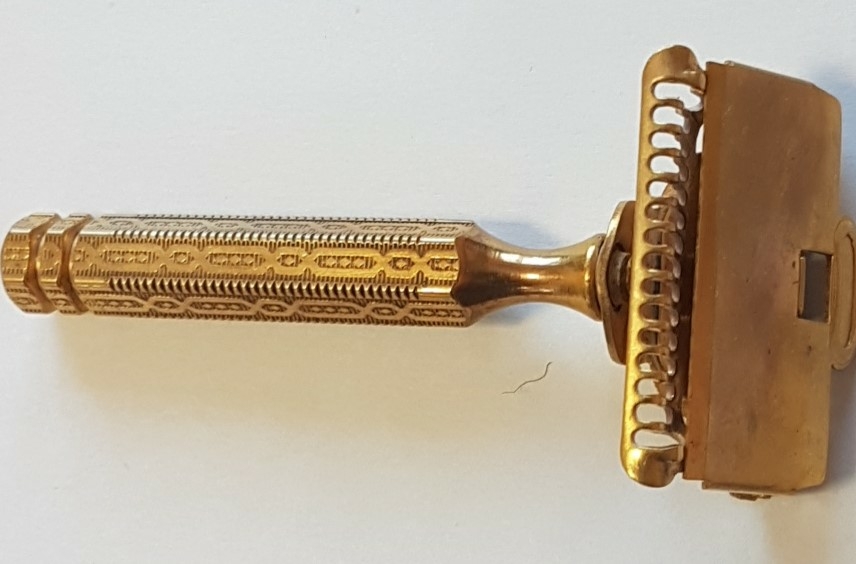 The myth of the longer lasting BBS
3 4 5