The Gillette wiki page at the top states that the Lady Gillettes were made from '63-'76. But throughout the rest of the article, only the year 1975 comes up. Is this a typo at the top? I know there has been some dispute about the dates possibly going earlier than that, but wifey's birth razor would be a '76 so I'm looking for one of those if they exist. Anyone run across one in their internet travels?

Looking back at the history of the edits to that page it looks like that change coincided with some fairly heavy reorganization of the content, so it's a little hard to tell exactly what was going on. It looks like there were originally two different wiki pages for the Lady Gillette, and the one that's there now originally gave the dates as stopping in 1975, which matches what's in the table on the date codes page. But the second page, that got merged in with the one that's there now, gave the production as running to 1976.

I can find some other references online of the 1976 date, but what I can't seem to turn up with some quick googling, is an actual example of a "W" coded Lady Gillette.
P

Ok. Thought I was just me. I googled the heck out of it yesterday too and couldn't find a "W" as well.

About the earlier dates, wife has a 62' and I'm pretty sure I seen someone here with a 61'.

Achim is a pretty good source by himself, but I will watch this discussion for a little longer before changing the page.

After some research it seems to me that 1961 is probably correct. I am less certain about 1976.

The G (1961) examples might have been limited production for a test market, but as already mentioned they exist. At http://badgerandblade.com/vb/showth...p-Krona-Knack-Tech-Trav-Tech-Trav-OC-ER-brush Krona Kruiser sold a G-2 Lady Gillette, and at http://badgerandblade.com/vb/showthread.php/25415-2-Lady-Gillette-Lots is another G-2. There does not seem to be much advertising until 1963, but I found what appear to be 1962 trademark notices and those generally lagged first use.

If the W (1976) exists, it is thinner on the ground. My google and ebay researches were also unsuccessful. The 1976 Drug Topics Redbook mentions the Lady Gillette. That helps, but might have been earlier manufacture.

So please consider this a second call for examples of 1976 Lady Gillette razors. Achim, are you following this thread?

First post. Just picked up an N-3. I never thought I would be into razor’s since I have a giant beard. I still shave underneath my neck to keep it clean. This particular razor was calling my name. I thought a lot about my time in service and honestly didn’t do any research before pulling the trigger on her. I don’t regret it one bit. These are the photos from the original seller. I’ll be taken my own once I have her in hand.

I think that makes it a 1968, but i could be wrong. I started collecting all the gillettes made in my birth quarter. I think only 5 were made. One was the lady gillette. Its a nice shaver with a long handle.

I've got five of these razors including four that were part of a large lot that I recently purchased. I can confirm that a 1961 version exists--I have a G4. I also have an H4 (1962), an I2 (1963), N3 (1968), and an R3 (1971). The outer doors on the head of the G4 seems to be finished differently than the other four that I have. More specifically, the outer doors on my G4 have a satiny finish rather than the polished finish on the others. It is possible that something compromised the finish on my G4, but it is very uniform on my example. All five of my examples weigh 56 grams. There are slight differences in the color of the stars on the upper handle and the color of the handle itself. Here are some photos of all five arranged in date order with the oldest on the left and the newest of the right. 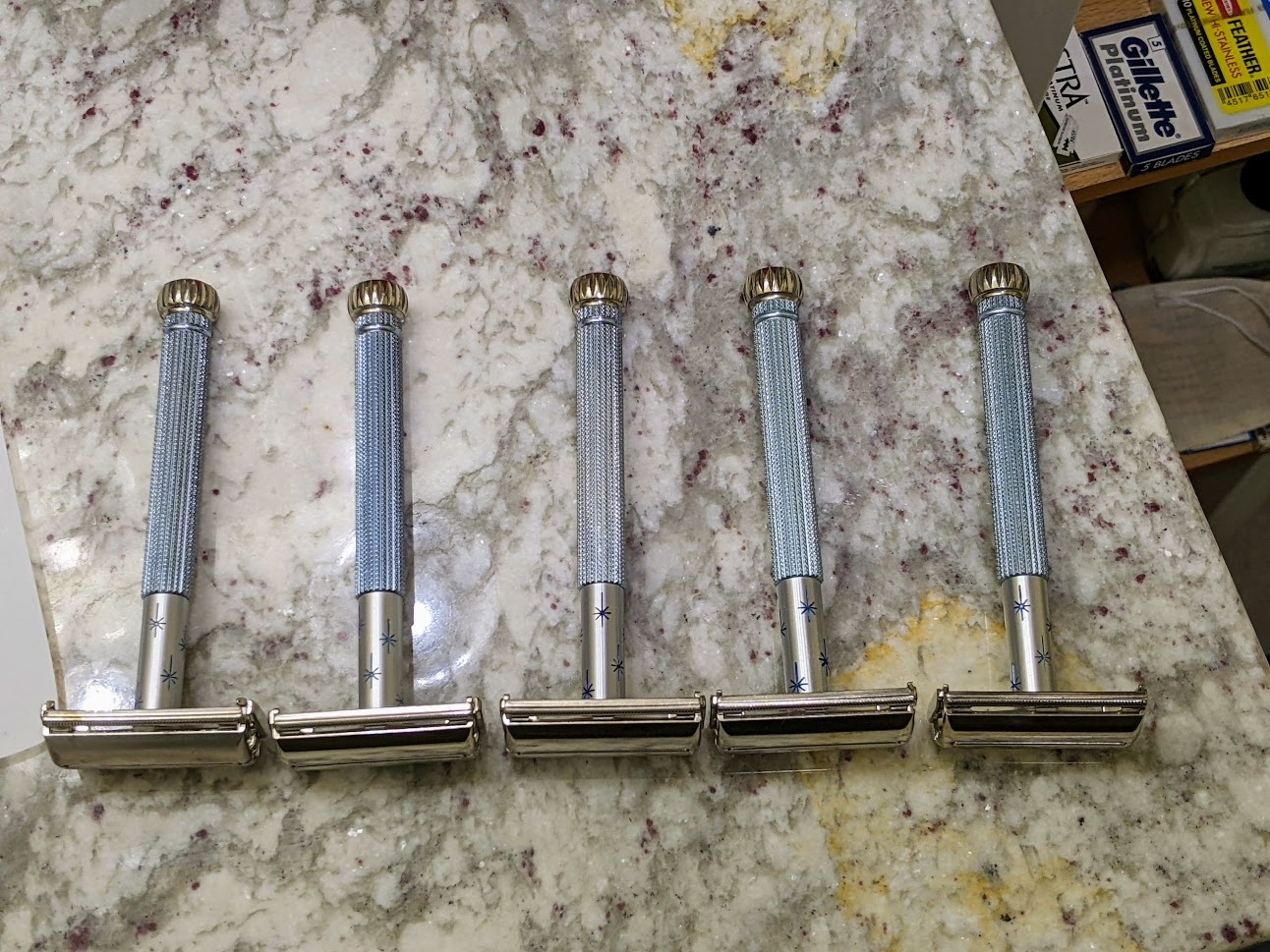 I actually quite like using these razors. They shave just like a Super Speed Blue Tip; they are extremely comfortable while still somehow managing acceptable efficiency. The long handle gives more options for how to hold it. I recommend them to anyone who likes the Blue Tip (or even the neutral Super Speed).

Has anyone seen a G1? I'd love to find one for my wife but the oldest example I have seen sold (on eBay) is a G2... 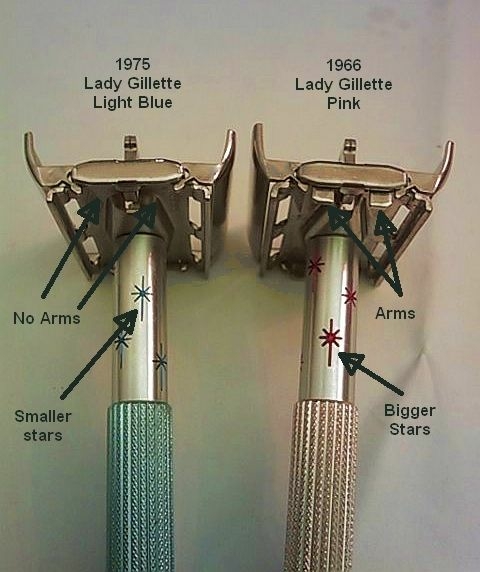