Age 55. From the South. Drank sweet tea all my life, until 4-5 years ago.
A year ago, found Southern Breeze (https://southernbreezesweettea.com) and got hooked. I use a 32 oz chinese soup container, almost full of water and their large tea bag. Nuke it for 3.5 mins. Then pour that over ice & water (to dilute it a bit more) and I've got super fresh awesome artificially sweetened tea.

Moderator
Thanks for sharing @Jaymer. I’m a coffee drinker and occasionally a hot tea drinker. Cold tea doesn’t seem right to me but it has a loyal following and we sell a lot of the bottled cold tea in the supermarket where I work. Nice to share how you brew your tea as well.
J

If you said "South", it wouldn't mean anything to me cause I know nothing of Australia... so
When I say South, what I mean is I was born & raised in Texas (and us Texan's don't "really" call it the South) and then Georgia and now Florida - all southern states where Iced Tea, and especially Sweetened Iced Tea is king (I'm drinking some now, albeit fake sweetened).

In a restaurant, using a commercial tea brewer (that can also brew coffee), a 3-gallon tea batch is made with 3-5 cups (depending on the owner's recipe) of regular white sugar added at the beginning so it melts in the hot water. Us "tea snobs" can be pretty picky - esp. when it comes to nasty establishments not sanitizing their urns & tea faucets 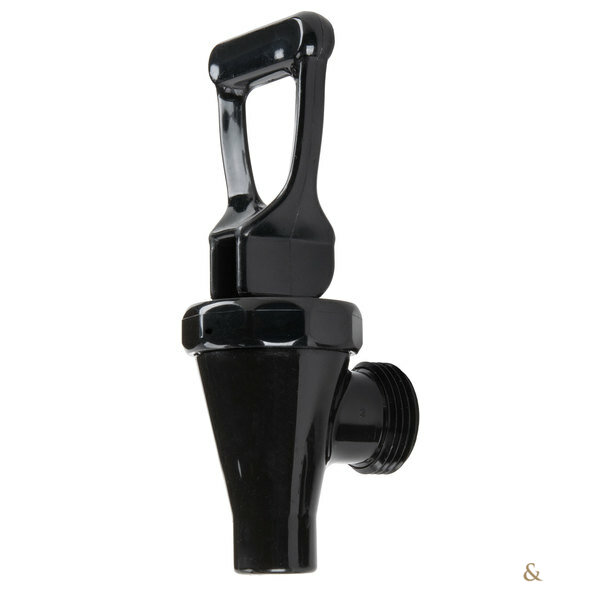 and allowing bacteria to grow from the fermenting residue - which spoils a batch of tea very quickly. Once you're hooked on great sweat tea, its a hard habit to break. Was never really into coffee, and bottled tea of almost any kind and pre-made dispensed (not brewed) tea is not even close.

If I got into coffee I'd have to do the whole fresh grinding thing and I'm sure I'd go overboard. But when I do have a cup on a special occasion, its "black like a man" (another saying from the South my daddy used to say).

I'm typically a hot tea drinker. But my dad on the other hand drinks plenty of iced tea and typically it runs him $2 purchase and it lasts him around a single night. So for Christmas I got him a Hario "Mizudashi" Ice Tea Maker, it works very well for cold brewing tea (just leave it in a few hours, or overnight). When you use cold water to make tea, it is less harsh as bitterness in tea or coffee comes from temperature so it becomes more sweet. I rarely ever feel sugar is needed, but it wouldn't be hard to pitch a few scoops into the container. A 2lb pound of loose leaf tea will last us an entire year of brewing, usually run around $20 from Coffee Bean Direct so it's a very cost effective way to make tea!

I've been drinking Celestial Seasonings Half and Half cold brew tea. It's black tea with lemon. It tastes good

I used to experiment with making no-carb sweet(ish) iced tea (Type II diabetic), using too many ingredients, and eventually gave up.
Recently I was craving something to sip in the evenings, and came up with this:
Steep 8 bags of decaf Orange Pekoe in a teapot, then pour this double-strength brew into a pitcher and fill it to the top with cold water and ice.
Park it in the fridge overnight.
The next day, pour some into a glass tumbler with ice and about 30% Crystal Light Pink Lemonade (previously mixed and chilled).

"Iced tea! Nothing is half so refreshing as a glass of tea piled high with ice! More than a quencher of thirst, it is a tamer of tempers, a lifter of lethargy, and a brightener of smiles...". Paul F. Kortepeter
D

@ John Rose, I do something similar with black tea. I just add drops of liquid stevia and put it in re-sealable glass bottles.
S

I would avoid using the sun to produce tea. Sunlight is bad for the leaves and can promote bacteria growth. Put the tea in your fridge for a better experience!

simsoy said:
I would avoid using the sun to produce tea. Sunlight is bad for the leaves and can promote bacteria growth. Put the tea in your fridge for a better experience!
Click to expand...

I'm one of the strange ones. I always drink unsweetened iced tea. Never liked it sweetened. But it works to my advantage since the dr said I need to cut out sugar anyway.
N

Jaymer said:
Age 55. From the South. Drank sweet tea all my life, until 4-5 years ago.
A year ago, found Southern Breeze (https://southernbreezesweettea.com) and got hooked. I use a 32 oz chinese soup container, almost full of water and their large tea bag. Nuke it for 3.5 mins. Then pour that over ice & water (to dilute it a bit more) and I've got super fresh awesome artificially sweetened tea.

got a couple of boxes. These are really good. Have to heat the water to get it strong enough or let sit in cold water for a long time. Thanks for posting this.
You must log in or register to reply here.
Share:
Facebook Twitter Reddit Pinterest Tumblr WhatsApp Email Link
Top