I Think I Have A Favorite

It started with buying a beautiful Aust on BST (with the wife's blessing) from @03Jarhead (a great seller, very honest, and very concerned with the buyer being happy). Thanks!! This made me aware that I was very attracted to a shoulder-less blade where the heel starts a little forward of where they usually do, and a Spanish point. The two make things easy for my goatee (sides). After some begging I visited Jarrod at The Superior Shave and ordered two blades with similar "personalities." One was to be the Sunday Shaver (but I got the Barbossa instead), the other was a Dovo Bergscher Lowe.

I started this hobby with an arbitrarily-picked Dovo Prima Steel (a fine blade) from Jarrod, and later got two eBay rescues for less than $20 for both. One a Wade & Butcher with some oxidation but otherwise beautiful, and the other, a W.H. Morely & Sons in amazing condition. The personal agreement would be I learn how to make an edge, then put one on my new Dove Prima Steel (which I might have gotten too happy with balsa strops). Once the W&B and W.H. Morely were easy enough to achieve an edge, I worked my Prima Steel through the progression and discovered I nearly knew what I was doing.

With the Aust, the Barbossa and the Begscher Lowe, I went to stropping and LOVED all three. The shorter blade length makes it easier to handle. The Aust is a 7/8 but not unwieldy. The vote goes to the Barbossa. It's touted as a "barber's blade," because it's short, I suppose for specialized work and maneuvering.

Jarrod was feeling generous and sent free stuff! I got some French Soap that came in a wooden "tin" that resembles a brie container--"Savon A Barbe" from Maitre Savonitto, made in France, and a metallic tin of balm called Manufaktur Zartgefuhl, which needs to be used sparingly, but smells wonderful.

What I'm getting at--is that this Barbossa, with it's scant blade makes for such a pleasure pushing around foam and removing hair, that I forget I'm shaving sometimes--but not to worry--I'm very careful.

It's been a short but very eventful journey thus far. Having an idea what I love now narrows the field. One day I'll get a Wacker Chevalier. I'll call it my "bucket list" blade. If I ever get out of hand, the last one will be the Barbier's Bride (that @haggis had for sale on BST, but I'm not mad at him!) It's beautiful and has all the attributes I want.

I'm certainly blessed. Life is good. DE safety razors will only follow me on planes from here on out!

BTW, this soap is amazing!! I don't get the feeling it's terribly expensive, but reading the ingredient labels, it doesn't seem anyone's product has anything to make it kissed by Midas. 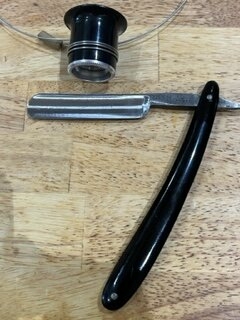 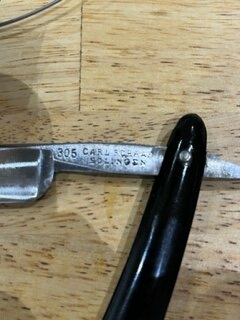 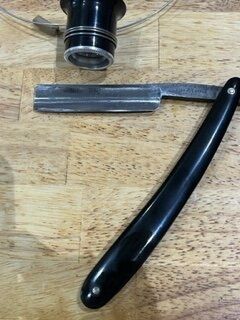 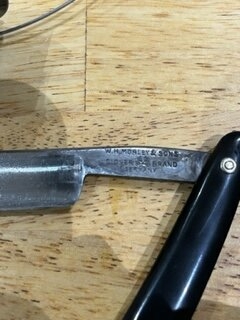 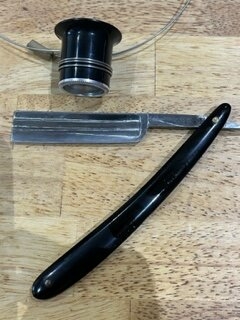 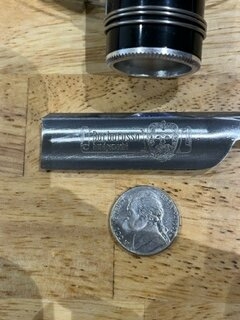 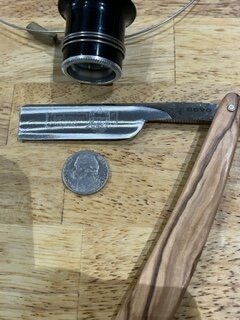 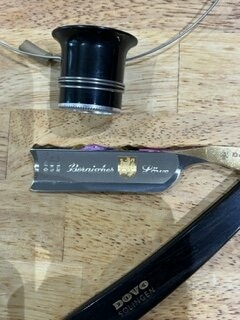 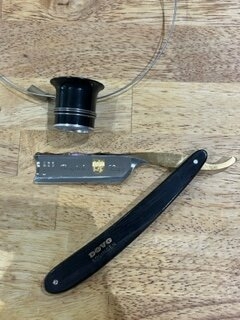 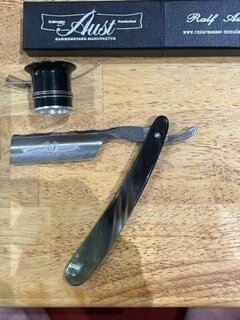 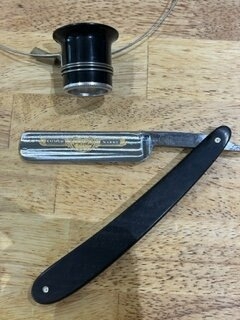 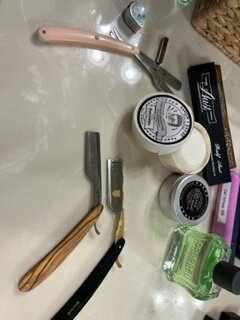 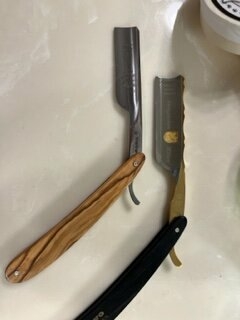 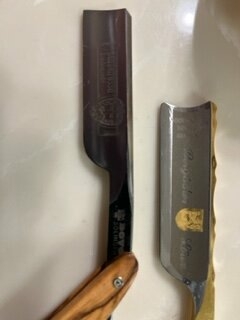 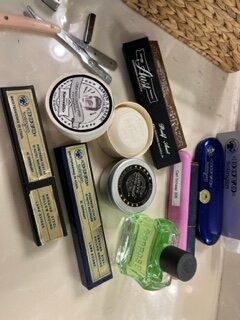 You are off to a great start, @SparkyLB!

Huge fan of the shoulderless blades too!

Beautiful razors. Just curious, did you get them honed by Jarrod ? How do you strop them ?

Congratulations on not succumbing to SRAD.
Stay away from Filarmonica's ...the addiction is real.

@luv2shave, The first Prima Silver was honed by Jarrod. The others I ordered sealed.

Sukeroku said:
Congratulations on not succumbing to SRAD.
Stay away from Filarmonica's ...the addiction is real.

Welcome to the SR side of shaving. Keep it up and the next thing you will know you'll have 10 or 20 razors, 15 soaps, 8 strops, and you're looking for more.

Just be sure to learn to shave. Don't worry about learning to hone. Wait a year or so for that. You must learn with properly honed razors. Not ones you have tried to hone and don't have quality edges.

luv2shave said:
Beautiful razors. Just curious, did you get them honed by Jarrod ? How do you strop them ?
Click to expand...

Neglected to reply--gently, leather only. 85-100 times right before the shave.

Fixed that for ya Jerry!

@Steve56, I should be aghast. But somehow I'm intrigued. That's BAD.

SparkyLB said:
@Steve56, I should be aghast. But somehow I'm intrigued. That's BAD.
Click to expand...

Thanks, Steve.
I was trying to go easy on him. But you know your right!

Well, I tried to warn him.
An update on my condition:

SSAD...almost satiated (still jump at vintage Williams or Penhaligon)
SBAD....getting better (just an odd Rooney or two)
SRAD...still a work in progress (did manage to pass on a W&B yesterday)

Sukeroku said:
Well, I tried to warn him.
An update on my condition:

SSAD...almost satiated (still jump at vintage Williams or Penhaligon)
SBAD....getting better (just an odd Rooney or two)
SRAD...still a work in progress (did manage to pass on a W&B yesterday)

And Now A Word From No One Special
2