Yes on these. I do not know the other three.

I think I agree on the original formulation of Brut, although I cannot make up my mind whether it is outdated because too recognizable. Nice scent though. Original Old Spice is, too.

I was trying to decide whether C&S Cuba is a classic. Probably too controversial I suppose A*Man and Angel by Mugler, although I do not love any gourmands. Maybe Patricia de Nicolai New York and MPG Santal Noble. Certainly Creed Bois du Portugal. There are other Creeds that likely fit the criteria. I was trying to decide whether Creed Silver Mountain Water seemed dated to me. it is certainly one of the better water scents. I think Oud Cuir d’Arabie by Montale, although I guess I said leathers were out! It is not to my taste, but Yatagan by Caron. I think the other Caron's seem out of date.

You might look thought Luca Turin's ratings as to scents that have been out for a long time.

I might argue for some of the Lorenzo Villoresi scents, Musk, perhaps, supposedly worn by Brad Pitt at one time, but they might not be well enough known.

emwolf said:
Caswell Massey, America's oldest perfumer has some great stuff. Jockey Club and VI are both really great. JC is from the mid 1800s and VI is from the mid 1700s.
Click to expand...

Yes indeed! In fact #6 was known to be George Washington's favorite and Jockey Club famously, though perhaps scandalously, JFK's. #6 is a wonderful summer scent and I use it all the time in the warmer months. JC is quite a bit more floral and not really my thing.

tankerjohn said:
Yes indeed! In fact #6 was known to be George Washington's favorite and Jockey Club famously, though perhaps scandalously, JFK's. #6 is a wonderful summer scent and I use it all the time in the warmer months. JC is quite a bit more floral and not really my thing.
Click to expand...

Well, if everybody liked the same scent, they'd only have to make one.

Moderator Emeritus
Darn. We did not have Halston 1-12 and Z-14 on here. I doubt that the current inexpensive versions have the greatness of the originals. But I still like each and I would say they have stood the test of time.

I think I would put Grey Flannel on the list, too. I suppose one could argue that any of these three, but particularly, Grey Flannel smells dated, and of a specific time. I think each is still wearable, but especially the first two.

I suppose Murray & Lanman Florida Water could go on the list. I love the smell but I think it is really more of a room odorizer than an actual cologne. Hoyt's goes way back and smells great, too. Essentially all neroli. definitely no legs. Probably more of a novelty item than an actually cologne over most of the decades.

Moderator Emeritus
Pen's English Fern is a classic fougere. I thought discontinued but it seem to still be available. I do not see why it would not be on the list. Pen's Sartorial has been around long enough now and is widely enough admired to be on the list.

Gucci Rush and Envy are discontinued but are cult items.

The original formulation of Aramis Havana would fit. The reformulation is not the same.

Like on so much else, I am stuck in my past regarding fragrances...since I was a teenager in the late 1970s I have been using Equipage by Hermès, and then branched out a bit with Eau d'Orange Verte, also by Hermès. Equipage was a heavier fragrance, while Eau d'Orange was more 'sporty' (to me, much like Polo).

For the past 20 years or so I just feel too self-conscious to wear fragrance for business times, but do wear fragrances (usually Equipage) for social times, very lightly, or I will use the soap in the shower so the fragrance is even more subtle (fortunately I still have a good supply of Equipage soap as it is no longer being produced).

I think the Eau d'Orange has been somewhat re-formulated, while the Equipage is very close to what I remember from old times.

It is a classic. Seems dated to me for some reason. Great lavender and vanilla over musk. I do not love the vanilla. 3d Man is rather classic, too.

Contributor
When I looked for some classics I was happy to find again Azzaro and Zino which are both fine for the cooler seasons. I have no clue if they are nowadays dated or not but I still like to wear them.

Knize 10 will always have a special place in my heart as I feel that it is a timeless scent and as I can pick it up in the original store by only a short walk. 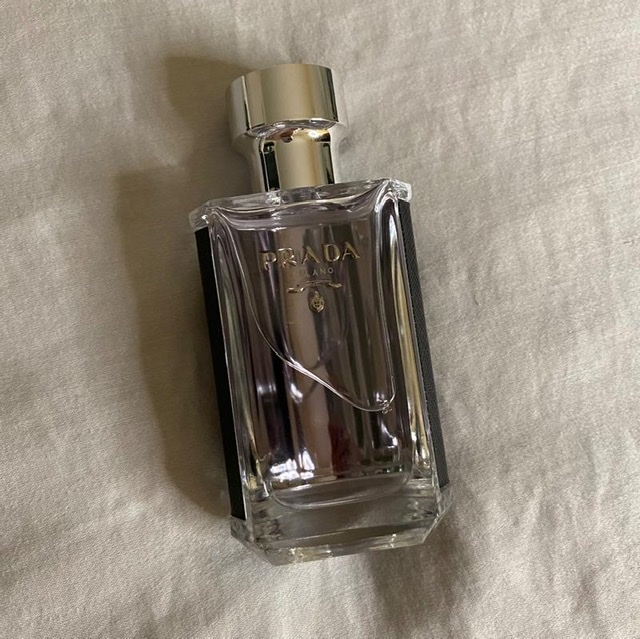 I, for one, am inordinately(?) fond of Geoffrey Beene's Grey Flannel. It's very much a love it or hate it fragrance. Unlike The Knize, above, I don't consider it dated. Then again, I never smelled it until when I bought it a couple years ago. Of course, I wasn't born, yet, when it made its debut so I would not have any scent memories tying the fragrance to the era.

That said, I would agree that most fragrances have moved away from the GF mold. Instead, most scents now seem no longer to be powerhouses. That is definitely not the case with GF, which is undeniably strong (a little dab goes a long way). It also definitely lasts through 12+ hours (on me) in an office environment). Since it's a nonlinear scent, over time the complexity of the juice unfolds well.

It's also not something I would expect young people to wear nor would I recommend it to them. It's a more strait laced scent that is at home in a more business/formal environment among those who are at least thirty (or even thirty-five). Of course, there are some youngsters who will be able to pull it off, but as a general rule, it's going to be a bit too mature for most teens and twenty-somethings.

When applied (in moderation), it may help enhance* a man's general sense of trustworthiness, professionalism, and experience. It is something I would expect a mature banker, attorney, or some other individual placed in a position of trust or fiduciary capacity to wear in the office (but not while camping or at the beach).

*Note, I wrote "enhance," not "compensate for a lack of."

I agree with you on AdP Colonia. There’s not much more to say about it!

I need to try Guerlain Vétiver. I had the Fine Fresh Vetiver and my wife quite liked it.

Contributor
Didn't see it above but Houbigant Fougere Royale is pretty iconic.

Contributor
Since someone mentioned Caron Pour in Homme, I’ll mention that other 1934 classic Dunhill for Men. It still seems fresh to me.

I won’t say any of these are really current, though. My tastes—similar to others here—are a bit mature.

The Knize said:
It is a classic. Seems dated to me for some reason. Great lavender and vanilla over musk. I do not love the vanilla. 3d Man is rather classic, too.
Click to expand...

Rob,
I can see that. In fact, it is literally dated. I think I lean toward some of the older scents and enjoy how different they are from more contemporary scents. And definitely the vanilla stands out. I'd love to try 3rd Man and Yatagan someday. Ah, so many fragrances, so little time, so little money...
Les (Eutychus)

CJB3 said:
I’ll mention that other 1934 classic Dunhill for Men. It still seems fresh to me.
Click to expand...

I really like Dunhill 1934. Great evolution when one wears it. A nice carnation accord! Just good juice.

To me, absolute classic. Timeless. Does not smell out-dated.

I would not buy blind! Some love Yatagan. I do not. Although someone said what I have does not smell much like the vintage. 3d Man does not stand out in my memory. I do have a bottle. Not of anything vintage, though.

My warm and cool weather scents, respectively. They never fail. Neither ever smell synthetic and are reasonably complex, the former more than the latter.

Yeah, Le Male is a vanilla bomb, but has some nice citrus, lavender, and sandalwood to keep it in check.

I’m always on the lookout for something I like that doesn’t smell like Dior Sauvage or flankers, they all smell the same to me: synthetic, loud, and one-dimensional.

Nothing like Eau Sauvage, which has been nice every time I sampled it. Just never liked it enough to buy a bottle.
Last edited: Nov 1, 2021

I go for the classics too: Old Spice (original), Eau Sauvage and Aramis. Pinaud had a great price, but too strong for me.

And what about Myrsol? I used up a whole bottle but can't remember which one.
You must log in or register to reply here.

Share your annual summary of wet shaving: Looking back at 2020.
2 3