There has been a thread discussing the release via Amazon of a "new" Gillette DE razor. It is listed as "Gillette Heritage-Inspired Double Edge Safety Razor" so I will just be calling it the Gillette Heritage (GH). The original purchase/discussion thread is here:

Gillette to release NEW DE razor for the holidays 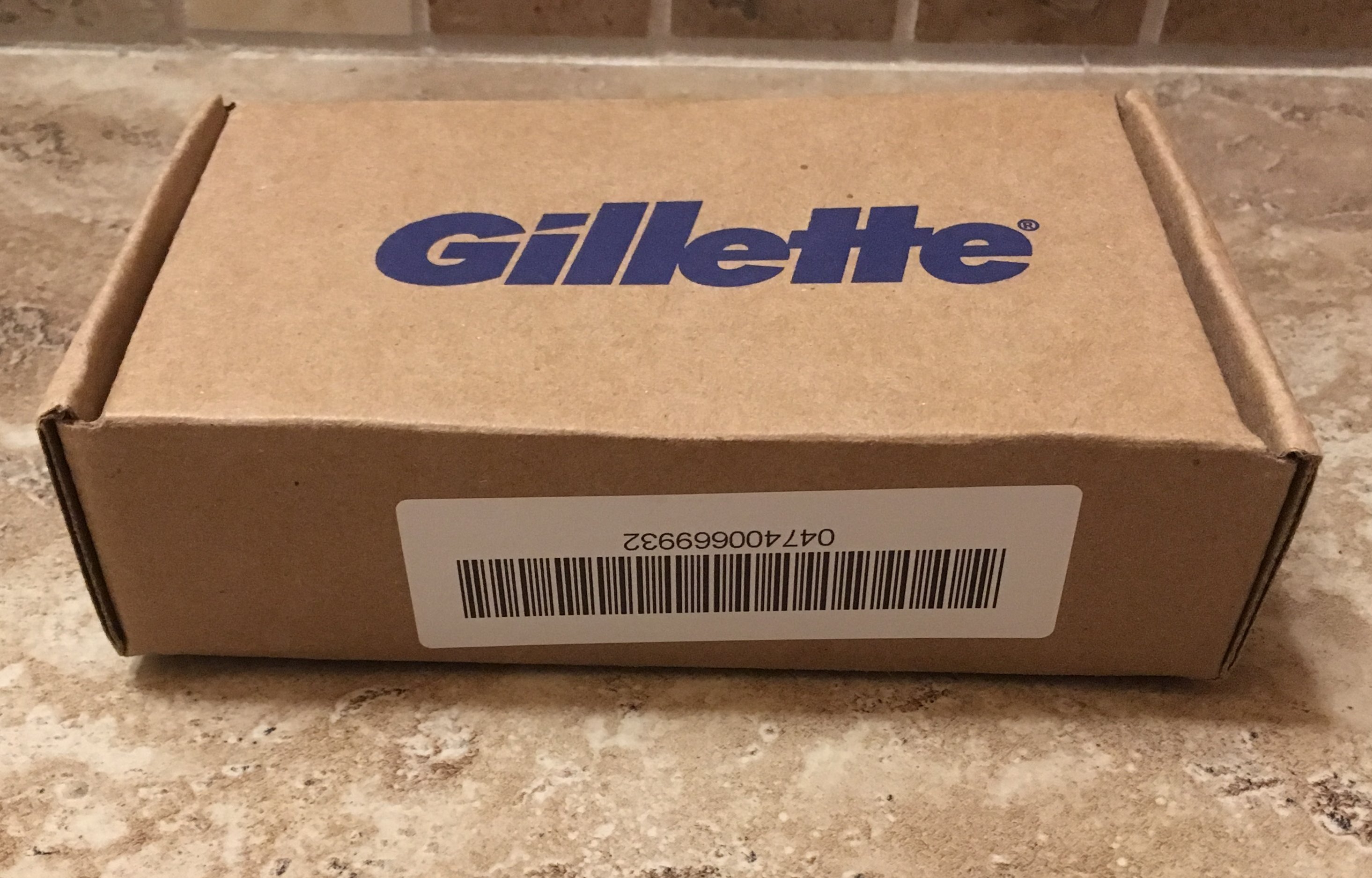 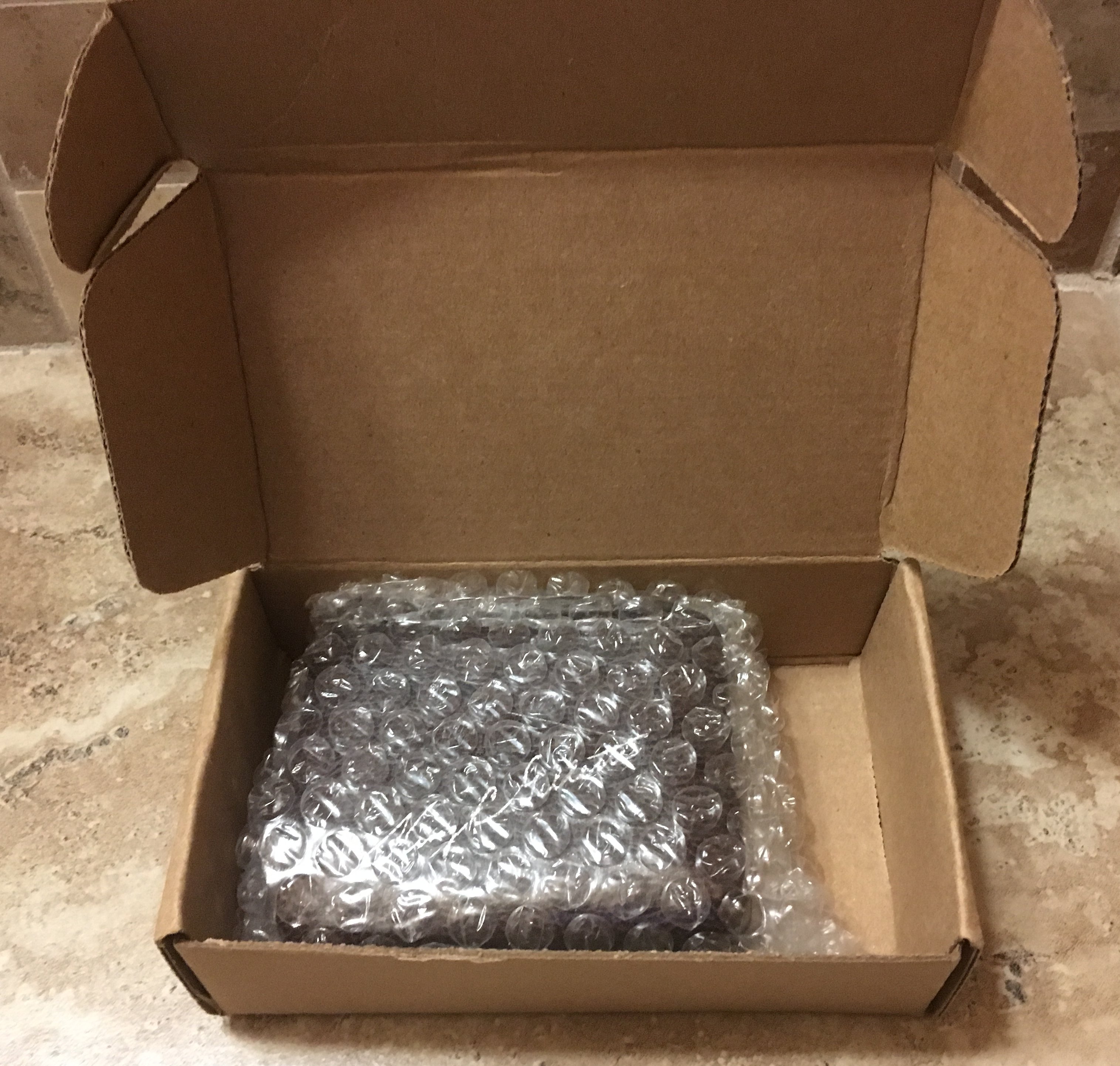 Pics are the top of the box, bottom of the box (P&G getting their name in) and the box opened. Yes there is that large left over open space in the box. Now the case: 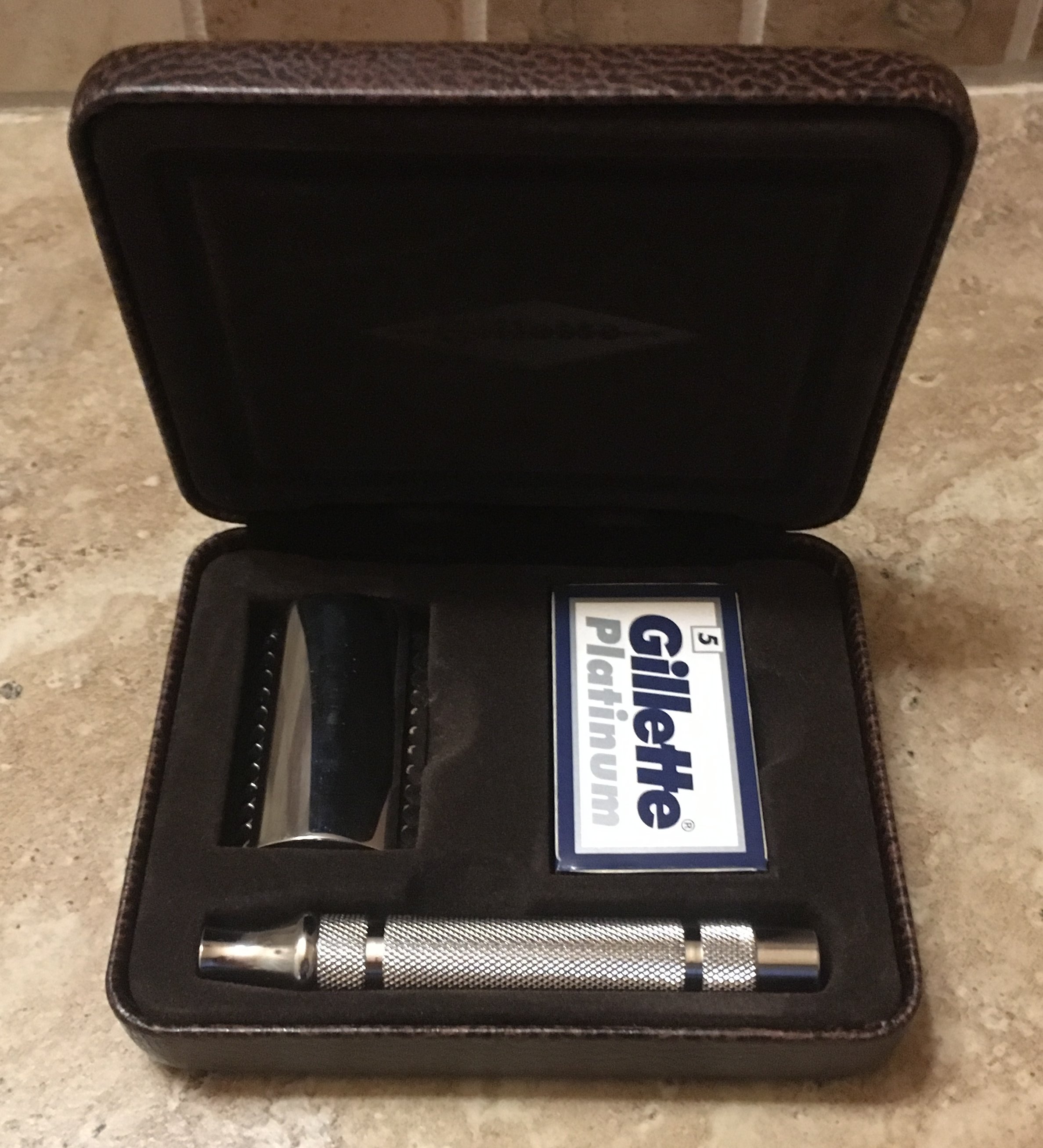 The case is very nice, with a tight strong closing hinge. It will snap.

Basically, what you have here, is a Muhle r89 head with a New Type common bar handle. Note only makers mark is a "4" on the underside of the cap.

The first is a view of the bellies! The best view for Gillette Razors IMHO. This next pic compares the heads of the razors. Note, the Heritage's head (shape, scallops, etc.) are for all intents and purposes, the same as the EJ89.

The last pic, is comparing the head geometry. The base plates of the EJ89 and the Heritage visually appear to be identical. BUT, note the top caps. The EJ89 has a central notch, the Heritage has a solid arch, very similar to an Old Type Thick Cap (but thicker).

Now comes the tale of the tap. I weighed the razors and parts to compare and see what I might find. Please note the shape and size of the Heritage Head/Cap with the New SOC's in the above pic. Weights are in grams.

Surprising, the lightest (I know, not by much) base plate/cap was the EJ89.
The base plates of the Heritage and New SOC weighed the same even though the New SOC's seems to have alot less material. Hmmm. These weights seem to confirm the Gillette Heritage has a Zamak head and cap.

As for the shave. I used it this morning but keep in mind, this is my first shave with the Heritage. As for the gear I used for this shave:

The weight and balance was very similar to a New SOC. As for the shave, it was just like my EJ89. I have heard the Heritage is ever so slightly more aggressive than the EJ89, and it may well be, but it is so close I would have to use the Heritage dozens of times to confirm. Blade wear and the life cycle of the blade from new to bin would have more of an effect on "aggressiveness" between the EJ89 and Heritage than any design differences (caps and how the blade is held). The ONLY difference (other than handle size and weight) I noted during the shave was the audio feedback on the Heritage seemed to be a deeper pitch than the EJ89.

Again, any differences between the EJ89 and Heritage were so slight that it could just be my perception/reality.

I did get a very nice, no nicks or weepers BBS-/DFS++ shave. I got a little irritation because I chased the BBS with a new 7 O'Clock Black blade, but no redness, just a little aftershave sting.

There is no Gillette branding or marks on the razor, none, nada. If you took a vintage common bar handle and had it chrome plated, or just buy a new one and put a Muhle r89 head on it, you would make a razor identical and indistinguishable from the Gillette Heritage. Why? Because that is what Gillette did.

Overall, a good bargain for a Muhle r89 with a nice case and a nice tuck of blades. But you do not get a Gillette razor, only a Gillette case.

Look at it this way, if Gillette doesn't want to mark their new razor as a Gillette, than I will agree with them and I also won't call it a Gillette.

I know it was a long post, but there were pics!! I hope this helps out the curious and bored.

Great review. Thanks for the detailed information.

Great comparison and write up. Thanks.

Nice write up!
Thank you for taking the time to give us such detailed information!
I guess I will pass on this one, although I do like the case...

Looks good! Are you happy?

Many thanks for the review and pics, SucKo

nemo said:
Looks good! Are you happy?
Click to expand...

I really like and am a fanboy of the 89 series of razors. I also like the short common bar handles. I have even considered buying a new common bar handle and putting it on a spare EJ89 head I have in my shaving supply storage.

So, I am very happy about the purchase and would recommend this kit to anyone looking to get a type 89 razor. If I was to buy the parts separately, it could cost 2x as much as Gillette is charging for the Heritage Kit. So in value, this is a very nice ++.

My complaint is how Gillette is inferring that they are making/supplied the specs/outsourcing this razor when in fact all they did is purchase some Muhle r89 heads directly off the Muhle assembly line. "Heritage-Inspired"? It is a Muhle r89 head. It is a very good head and a good Type 89, I just wish Gillette had released it as a collaboration with Muhle. It is a great razor, a great case and really good blades, no reason Gillette/P&G needed to be sneaky.

Oh, and since it was a holiday special release, a nice green or red case would have been cool instead of brown.

Have a Great One!!

Excellent write-up and very helpful!!! I don’t have that head, I like the handle (and have a few vintage razor heads that would work well with it), and the case. I wish it were $5 to $10 cheaper (it’s advertised at $35 at the moment), but it does sound like a decent value still.

Thanks again for your thoughts...truly well done!!!

Thanks, that's a great assessment. How does the case work with other vintage Gillette razors?

For some reason dropping out those last 2 photos is bugging me. So Here They ARE!!!

This next photo shows a nice comparison of the overall lengths of the razors. I lined them up by the bottom of the base plates: The New SOC has a very slightly wider handle, and note how the knurling patterns are very similar.


This next photo shows how the Heritage handle is slightly longer. Not much. Angle of photo is a little off, the additional length is due to the neck section and not the main body. I took these this morning and did them all in under 5 minutes. This photo was a little hard, the handles kept trying to roll away and escape.

Well, that feels alot better now that I got those last 2 photos posted.

Thanks for all the nice replies so far!

Have A Great One!!
S

Flintstone65 said:
Excellent write-up and very helpful!!! I don’t have that head, I like the handle (and have a few vintage razor heads that would work well with it), and the case. I wish it were $5 to $10 cheaper (it’s advertised at $35 at the moment), but it does sound like a decent value still.

Thanks again for your thoughts...truly well done!!!
Click to expand...

I think the price is reasonable. The case alone appears to be very high quality and worth maybe $10 or more.

REV579 said:
Thanks, that's a great assessment. How does the case work with other vintage Gillette razors?
Click to expand...

I haven't tried to fit other vintage razors in the case. My New Types should fit. The limiting factor will be the handle size, as long as the vintage handles are equal or shorter than the common bar, it should fit. As for the razor head, the Type 89 leaves space at the sides for the blade tabs, so it is a standard width and size...... I think

Have a Great One!!

Great write up. I appreciate it very much. My GH is arriving today so I get to try it out tomorrow.

SucKO said:
I haven't tried to fit other vintage razors in the case. My New Types should fit. The limiting factor will be the handle size, as long as the vintage handles are equal or shorter than the common bar, it should fit. As for the razor head, the Type 89 leaves space at the sides for the blade tabs, so it is a standard width and size...... I think

My guess then is the razors and handles from the Red & Black sets will work as long as the handle is not an Uncommon Bar handle, which is longer.

@SucKO i believe you have just posted THE definitive write up on the Heritage. Others have been written but not nearly as thoroughly. Awesome job!

Nicely done! And I like your perspective. "Look at it this way, if Gillette doesn't want to mark their new razor as a Gillette, than I will agree with them and I also won't call it a Gillette." I couldn't agree more.

Well, I guess it's a toe in the water for Gillette. I hope the razor sells well and creates demand for a truly in-house designed and manufactured DE razor.

It'll be there when I get home tonight.

An excellent write up, detailed and thorough. Thank you.

Let's see. For the exact same price (two purchases made separately), I was able to snag a Gillette Slim Deluxe (H3) and a Gillette Flair Tip TTO (H3). Both razors have the word Gillette on them. They were made by Gillette. They are made of brass. I think I made out far better. That said, if the Heritage sells well, I'll agree with @ateace in hoping Gillette will make an attempt to get back in the game. But I'm not holding my breath. I just don't think there's enough in it for them to justify the investment.
You must log in or register to reply here.

What razor is the Gillette 7 O'clock sterling based off?

Above the Tie - SSRH2 Base Plate and S1 Head

A
Headshaving with a King C. Gillette