Jefferb1 said:
Dave - I would very much like to try a Wizamet, do you have any I could trade for? I have Feather Hi-stainless, Derby Extra, Personna Prep, KAI and Wilkinson available to trade with?
Click to expand...

Wizamet blades are available for you to try in the Great Blade Exchange, sir. Here is a link explaining how the service works:

It's a great way to try blades for just the cost of a couple of postage stamps. And while you're at it @Jefferb1, get as many other blades you might be interested in, as well. The Great Blade Exchange has no limit on the number of blades you can exchange. We only send two of one brand, & we request you send in as many brands of blades as you are requesting. You can read all the details on the link above.

mgweatherly said:
Maybe you can help me place my British Spiral Tech. I got it as part of a rather extensive (and large) travel kit that is also marked as "Made in England" in lots of places. It weighs only 32 grams and has the look and feel of all aluminum (aluminium?).
View attachment 1470763
Razor is tucked away on the right edge of the kit (and yes, the reflected image of my ugly mug was intentional).
View attachment 1470764
View attachment 1470765
From the little investigation I've done, this looks like something that could have been made any time from the early 1960's onward. Any assistance dating this little guy is appreciated.
Click to expand...

There are always several of these travel kits on the UK Bay, in several different configurations and setups. That is actually where I got mine, in a square clothes brush which the top is unzipped to keep a Tech and some blades.

I think yours is quite close to this in style 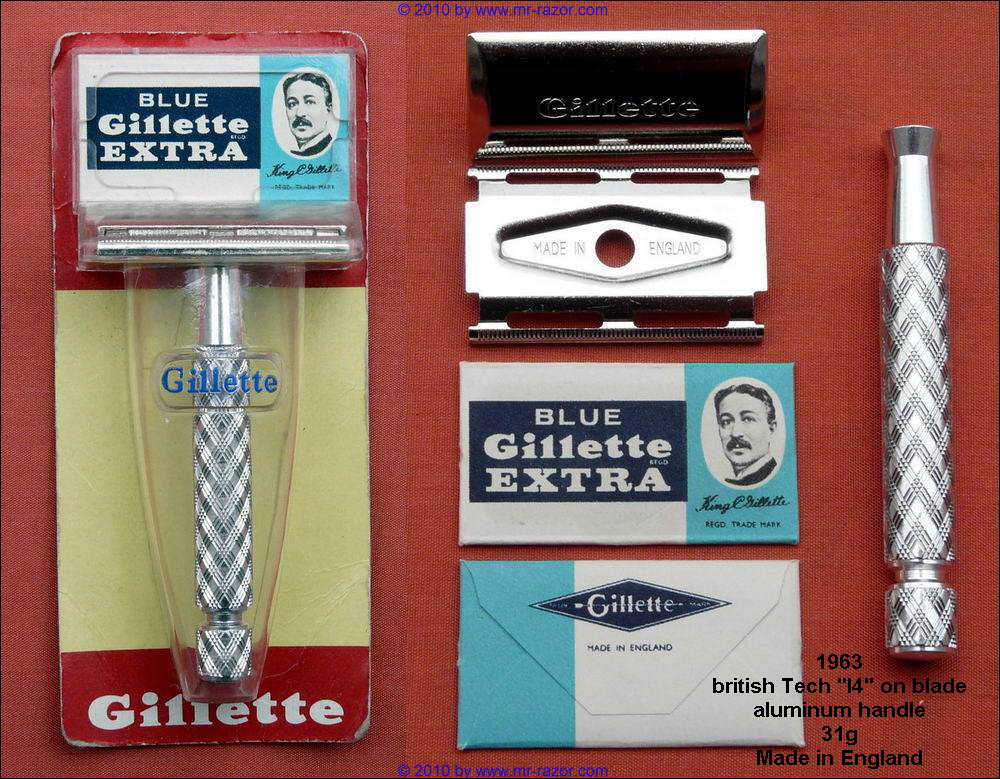 I think this is your pattern, almost exactly. However, I am very confused by the dating. This is one of the best sites, so Mr Razor's dating is impeccable. But I am looking at that head design. I think they were later, maybe mid-late 60's on, and I think these blades were NOS that were hanging around the Gillette factory and were packed in blisters, put in travel sets, etc. They are everywhere to be honest.

My Tech has a different head. It does not have those distinctive corners, or wedges on the cap. Mine is flatter. Like this 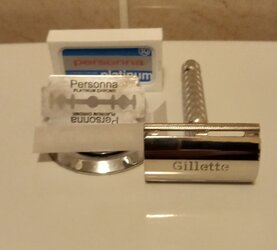 All I have ever figured is that the blades it came with were J-2, (64') although they were just loose and not sealed. I would put mine a little earlier, maybe from the 50's-62? It is aluminium handled, an Alutech just like yours. It comes in at around 30gms. My Tech head is more reminiscent of this: 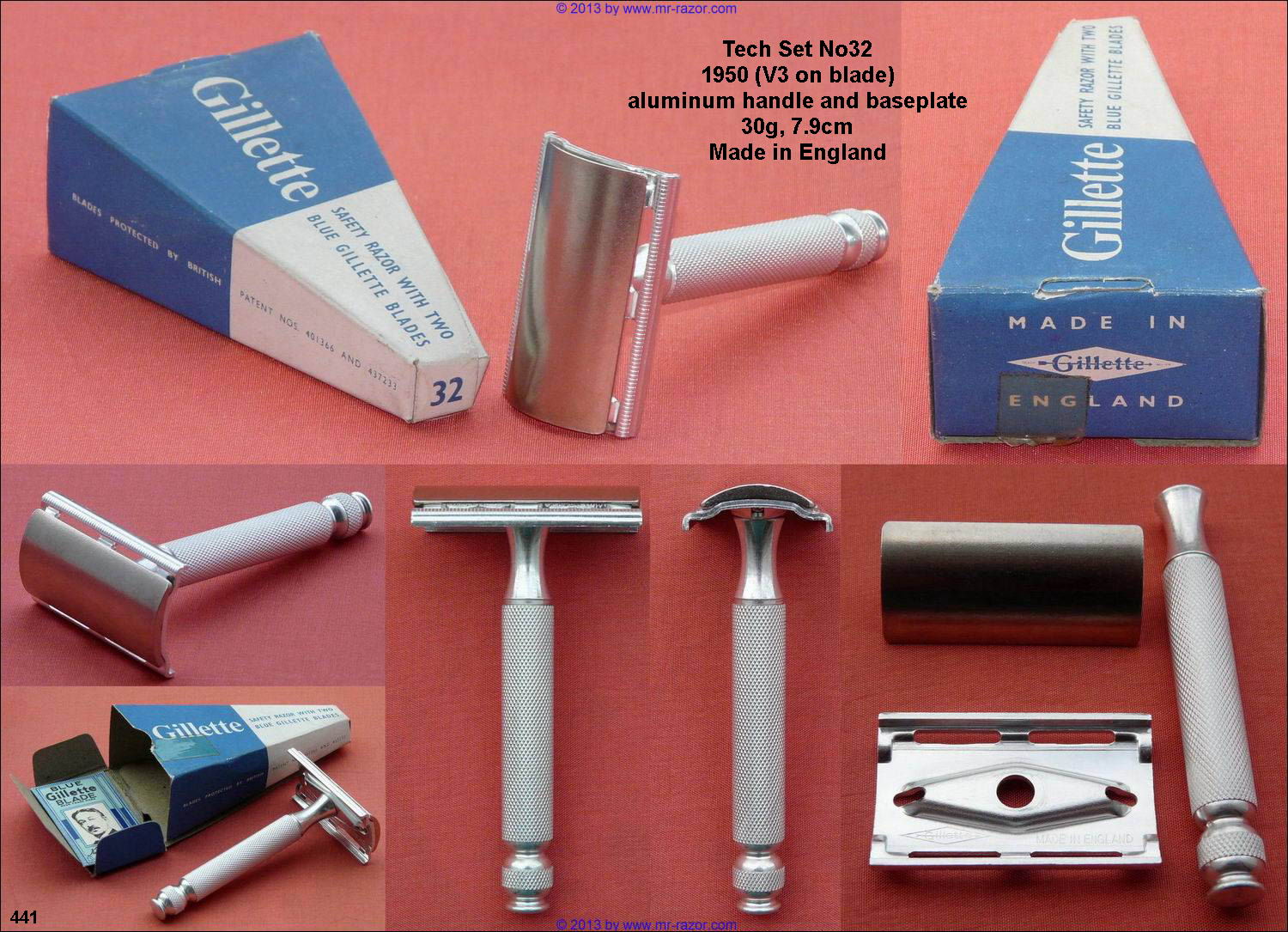 @Jefferb1 I'm pretty much 100% certain that your 'Clay Adams' is actually a real Gillette Tech, just packaged by Clay Adams. A bay example at the moment dates one at 1976, W-4. The dummy blade card is identical to yours, in wording and layout. It is pretty much identical to @mgweatherly's example but has a ball aluminum spiral handle instead of the squared off one. The squared off spiral Alutech handles seem to be the most commonly made in the UK. Notice the English 1950 No.32 Set above has an unmarked head, so it was not unknown to have an unstamped Tech cap it would seem.
Last edited: Jun 11, 2022
J

Finally had my first shave today, and just as you described it came in a white box with black lettering, and 1 Gillette Platinum-Plus blade. FOR SALE 1 iKon DLC Slant! This tech, paired with a feather gave me the closest pain-free enjoyable shave of my life! If only I had been let in on the secret sooner! Thanks everyone, Gillette Tech rocks!!!
You must log in or register to reply here.

Help needed from the Tech Experts