Done with Murphy and McNeil

I ordered four sample of M&M soap earlier this year and have given them all multiple shaves. On the plus side, the lather they make is absolutely gorgeous. It LOOKS like it would be the best shaving lather on the planet.

I noticed right away, though, that my lathers with M&M soap lacked cushion. I thought maybe it was a mistake I was making, so I kept trying. Some lathers were slightly better than others, but I almost always noticed a bit of irritation that I normally don’t get. I put them away for a while and went back to my old favorites.

Yesterday I pulled out one of the samples again. 36 hours previously I had shaved with a homemade shaving soap made by one of the members here at B&B, using my new Feather SR folding shavette and using a post-war Tech for touch-up. It was one of the best shaves I’ve had in a long while. So I fired up the exact same hardware, loaded with the same blades, and lathered up the M&M sample. I made a GORGEOUS lather; rich, unctuous, shiny, dense…just beautiful. And then I shaved.

Slickness was good, but as I was rinsing after the second pass I noticed two little weepers and over the next 10-15 minutes found other areas of minor irritation. Again. I know my technique is good because I don’t get irritation, burn, or weepers when I use other soaps. But in retrospect it seems that pretty much every time I use M&M I end up with irritation, razor burn, or (rarely) weepers.

For me it is just not worth it. And I guess it is proof positive that you can’t really judge a lather by how it looks or smells, but only by how it shaves. I am throwing out what is remaining of all four M&M samples. Yesterday’s was my very last M&M shave (unless they change their formula).

I know a lot of people really love these soaps, and that’s great. They are apparently not for me, though.

At least you made the determination from samples and you didn’t invest in full tubs which are on the expensive side.

One of the first things I do with new soaps is test them on the back of my hand then maybe a particularly insensitive area of face. I like to test different hydration levels and see how it dries and how fast. I also like to apply and wipe off then test residual slickness with a damp finger. Soaps without good residual slickness aren't a deal breaker, but they are rare and have to have other positive attributes. All of this is getting to my point; if a soap dissipates or rinses off easily, I know to constantly re-apply lather and not over wet my face. If there is no residual slickness then there is no soap and therefore no protection. I can shave on a wet face only, but the consequences later remind me to just use more lather. This in no way implies you are wrong about this soap, but rather a less troublesome way to determine if I think it is going to work for me.

Murphy and McNeil have three soap bases. The AON base I have sampled and is good but nothing to write home about.
The Slainte base is top tier. The lather is incredible. I have a sample in Saint James scent and it smells like oatmeal maybe a yeasty craft beer. The scent is definitely out of the norm. The third base is their Kodiak base using bear tallow. I have not tried this it sells out before I can get an order in. I hear it is fantastic.

It seems the scents don't suit your skin.

There was an underlying reaction (i.e. Not an overt reaction) that impacted your skin and hence caused irritation/weepers as a result.

I've had this happen a LOT!
Especially with oceanic/aqua scents.

I can understand your plight @kingfisher

I get similar sub-par results from Wickham soaps. I tried various brushes, loading time, moisture levels but it always lacked something 'important' in protection for my preference.
I get better results from TFS Intense line of soaps, these are also vegetal-based but definitely more favorable for me.

I have also separated those soaps that don't work for me and it might seem hearsay but the GFT Violets with the lackluster lather provide a lot better glide and protection than Wickham for me. So, it is definitely a YMMV case.

It is definitely true about not judging the lather by its looks, and at the end of the day we have an option to choose a better soap for our skin then we should go for it.

For me, wickham soap work great if I add a few drops of glycerin to the lather bowl when creating the lather.
I agree with you that wickham is lacking something, and I believe that what it lacks is enough glycerin. YMMV.

nav said:
I've had this happen a LOT!
Especially with oceanic/aqua scents.
Click to expand...

Mahogany and sandalwood fragrance components do that damage to me. 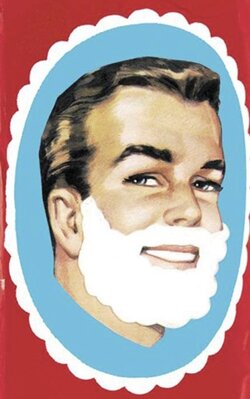 thombrogan said:
Mahogany and sandalwood fragrance components do that damage to me.

Yah, I've had it happen with mahogany but it was an overt reaction, it lit me up!

Overt irritation also comes from spice and alcohol based scents for me.

I’m sorry to read that and sorry Kingfisher may have joined our club.

@kingfisher , have you tried Murphy and McNeil’s Nil scent soap?

Your Murphy (and) McNeil Vexes?
You must log in or register to reply here.

Have I been wasting my money?

What do you lather your Pre De Provence in?
2