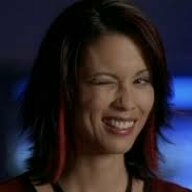 Well, it wasn’t a post per se, but I once got a PM from a guy … now this was a PM “out of the blue” from a guy I had never interacted with before … and all he said was …

“What does a Swaty go for?”

Now, for those who don’t know, a “Swaty” refers to a barber’s hone made years ago by the Franz Swaty company … used for sharpening straight razors. Now, presumably what the guy meant to say was something like “Hi Doc, sorry for bothering you, but I’m wondering if you could help me? I’m thinking of buying a Swaty barber’s hone for my new straight razor, and am hoping to avoid being taken advantage of on e-Bay … so if you could give me some assistance in terms of a fair market value for that sort of hone, it would be greatly appreciated. Yours truly, John.” Yeah … but all I got was …


What is the hardest part of the job?

Not so much the “hardest” part but … the most annoying part is seeing guys out there who see B&B as existing for them to make money off the community. They think they can just show up and sell whatever it is they are selling without being an active and participating part of our community.

So many great members here who share stories, opinions, hints, tips, and any sort of advice along with ears to listen and shoulders to lean on … those guys “get it” and are great. Buuut … then we have guys show up who are just flogging their crap on the BST or wanting to plug their business or whatever.

I remember years ago, an alcohol brand that shall remain nameless (but rhymes with Beef-heater) created an account here … and during their brief time here, literally every post they made tried to tie things back to their brand of gin. Yep … discussion of whether Arko or Tabac shave soap smells better and what do they have to say? “I bet they’d smell better if they did a soap scented like Beef-heater Gin!” Or some such nonsense.

To quote one of the most iconic SNL skits from back when they were still kind of funny … “Buh-bye!”

What are/aren’t the perks of being a Mod?

One thing that isn’t a perk is getting paid. Some people might think we get some sort of remuneration for all our hard work … nope. Nada.

Not that we ever expected to be paid, or complain about not getting paid … but we are all unpaid volunteers who just love the B&B community and want to see our website and community around it thrive.

Do you have a holy grail razor?
Not really. I have some razors that I really like … some are valuable antiques, some are “everyday” antiques that still give a good shave. But I’m far more a “shaver” than a “collector” so I want “a good razor” (which I already have) rather than an “unobtanium” razor that has mythic capabilities. My “favourite razor” is probably my Jonathan Crookes that I got years ago from a restorer in New Zeeland (Gary The Penman??) … long time ago but I paid like $40 for it or something silly-cheap like that.

How did shaving become important to you?
I hit puberty and didn’t want to look like those kids who played D&D and never got a date.

Favorite knot material? Badger/Boar/Synth/ etc. As specific as one wants to go...
I was a dedicated “badger” guy for years, until I tried the B&B Essential Boar … that to me is a fantastic price/performance ratio, and great for face lathering. Back in the day I got a Rooney Heritage beehive which is just phenomenal … the D01 “keyhole” from Rudy Vey is fantastic … the original “Essential” brush … um … I think I’m about to list a dozen brushes, so I should stop.

What is your favorite shaving soap/cream scent

I’ve always been fond of the lemon-cedar vibe.

I could tell you, but then I’d have to kill you.

What is your favorite / least favorite word?

What is your favorite curse word?
****

If heaven exists, what would you like to hear God say when you arrive at the pearly gates?
“Hey, dude.”

Any particular time in history and/or place you would have liked to have lived?

Whatever time has penicillin, anesthetic, contact lenses … um … so … “now”. Okay … if I have to “play for real”, I guess would like to have been born in England in 1830.


Anyone from history you most would have liked to meet?

The guy who was in charge of building the Pyramids of Giza.

Oof … a lot of topics there I could write a book on. Really, you can’t get better than Shakespeare. Add Homer’s Illiad to that … Bronte’s Wuthering Heights and Hardy’s Jude the Obscure … yowza. I share my father’s admiration for Joseph Conrad.

Favourite movie? Zulu. If you want more of an answer, I write a book.

Music … I have very eclectic tastes, from Aaron Tippin, to 50 Cent, to Frank Sinatra, to Stan Rogers and Great Big Sea … but … at the core I am a fan of classical music. Beethoven is my favourite, with Bach, Mahler and Elgar rounding out my “Top Four”. Otto Klemperer is my favourite conductor.

It usually boils down to John Wayne and Jimmy Stewart as the actors I’d most like to be like, and Alec Guinness and Lawrence Olivier as the ones whose abilities I most respect.

Where were you born and/or raised?

Canada … British Columbia … we’ll leave it at that.

Favorite part of the country/world?

Not that I’ve been to many of the places I want to go to that might be on this list but … I’ve really enjoyed my time in Japan and the Philippines … not the big cities (Tokyo, Manilla) but the smaller provincial cities, towns, and countryside.

Who moderates the mods ? Is there a boss mod?

Well, we have always (or for so long that it seems like “always”) had one or two “Administrators” on the Mod team who are essentially “super-moderators” who are tasked with keeping things running smoothly. Above them are the owners … and what the details are of how the owners and administrators work with each other is beyond my pay grade.


What were you (mod) really thinking when you decided to be a mod on a shave forum?

I wanted to get a peek “behind the scenes” and see how things really worked, and hoped to help keep things running well and maybe even get better.

If you could be any tree what would it be?

Thanks to Phil for editing and publishing all these interviews.

@Doc4, you’re a favorite. Was hoping the story behind your avatar would be divulged, but I guess that part of the interview was a bit tinny

. Perhaps best left to the imagination.

Wonderful interview, and thanks for all you do.

Messygoon said:
Was hoping the story behind your avatar would be divulged, but I guess that part of the interview was a bit tinny

Let's just say I was really enjoying this show ... 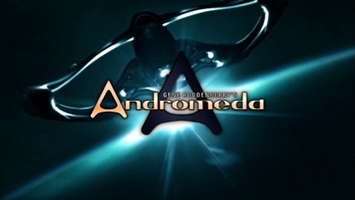 en.wikipedia.org
... when I signed up.

And thanks @Messygoon for asking the real questions. I was about to do the same! Lol

Lexa is a fellow Canadian and a good actress.

Doc4 said:
Thanks to Phil for editing and publishing all these interviews.
Click to expand...

It's our members who shine, I'm just posting their wisdom!

That was enjoyable.
Thanks, gents

Well, I don't think those two ever did a recording together but ...

Brilliant interview thank you for taking the time to answer the questions. Had me in stitches in some parts

I learned a lot. For a moment I thought I might find out what a Swaty goes for, but no joy

Doc4 said:
Well, I don't think those two ever did a recording together but ...

Someone in the comments said “I think we need a whole album of snoop dogg country music”.

Very entertaining @Doc4
Thanks for sharing and all you do.

Enjoyed your interview a great deal, thank you!

Great interview, @Doc4 . I have always enjoyed your sense of humor!

Great interview @Doc4 very entertaining as always.
You must log in or register to reply here.