For reference, here are pictures of the the blue and the white tucks. 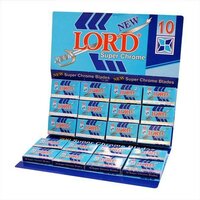 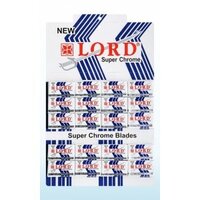 Both are the only Lord blades I don’t own and would also like to know the difference or if they are the same blade.

I found some more pictures online showing the differences in packaging for the individual blades between the blue tucks and the white tucks.

Unfortunately, thus far, I have not seen anything about the differences between the actual blades themselves.

I don’t know the answer but it could be like the feather blades, different packaging for the 5 pack and 10 pack

B_R_A_D said:
I don’t know the answer but it could be like the feather blades, different packaging for the 5 pack and 10 pack

And Derby Extra.
Green for a 5-pack and blue for a 10-pack

The above is from the Lord website. It appears that the white ones come in packs of 5s while the blues in 10s.

Pretty sure that’s a common practice at lord as well. See asco.

The same blade. Blue is 10 pack, white is 5 pack. Have both and have used them both.
You must log in or register to reply here.