I gotta whittle down the den some. These products haven't been used in almost a year since moving to our new house, so it's time they get into someone else's hands who will use them! Trying to move these items, pricing accordingly. Prices include PayPal G&S fees, please only pay with PayPal G&S. Add $5 shipping within the United States, no international sales right now, sorry. Almost all of these products have been used multiple times, see the photos for amounts. When appropriate, I will explain how a product was used. I'll throw in some samples in various packages, such as Captain's Choice, Stirling, Stone Cottage, and Proraso. I'll take off $5 if you buy at least two lots. I am open to some trades. Shoot me a PM and I will get back with you. Please be patient, I'm working overnights this weekend so packages will likely start shipping out Monday afternoon or Tuesday. USPS is also reportedly taking longer than normal currently. All packages will be shipped with tracking and insurance (likely flat rate shipping).

Lot #1 (Lavender scents): Castle Forbes Lavender cream, RazoRock King Louis Aftershave Splash and Aftershave Wax - $25
Lot #2: Sudsy Soapery Crimson Red soap, aftershave, balm (soap scooped once, aftershave used once, balm unused) - $30 (new $43, aftershave and balm sold out currently)
Lot #3: Wholly Kaw Pasha's Pride soap and aftershave - $30
Lot #4: RazoRock Mudder Focker soap, Knockout Shave Silver (Aventus clone) soap, Wholly Kaw Jamestown Gentleman toner - $20
Lot #5: Sudsy Soapery Sandalwood and Myrrh soap, Fine Santal Absolut aftershave, Stone Cottage Sandalwood soap (in the baggie) - $25
Lot #6: Grooming Dept Barbershop soap, RazoRock One X aftershave - $20 (GD soap scooped once. Some of the fats are also separating out from it, this has happened with others of my soaps from this vendor. Didn't affect the shaves with those soaps, but I have not used this soap in well over a year)
Lot #7: Sudsy Soapery Uplift soap and Geo F Trumper's West Indian Limes Skin Food - $20
Lot #8: RazoRock XXX soap and Fine Italian Citrus aftershave - $15 (Can't tell if the XXX is used, I believe I bought it unused as a spare, but it does appear to have been lathered some. I have not personally used it)
Lot #9: Stirling Satsuma soap and aftershave - $20 (Soap lathered only once, aftershave used only once)
Lot #10: Fine Platinum soap and aftershave - $25 (soap puck has been flipped over due to bottom of container's shape, so probably has been lathered ~10 times. Face on top of puck had already disappeared)

Add-on item with purchase of anything above: Stirling Sandpiper soap sample and aftershave sample (seal on aftershave has been broken but has not been used, soap unused) - $4 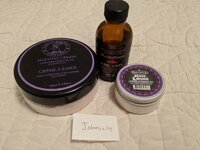 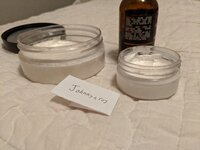 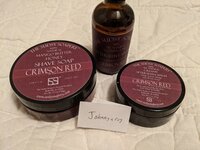 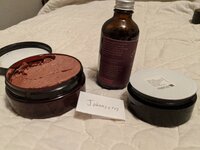 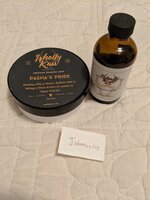 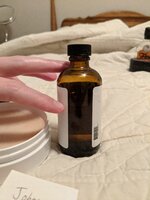 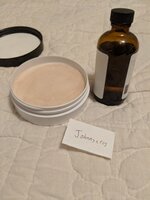 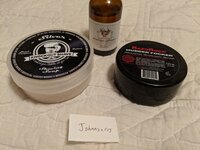 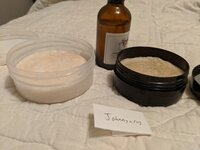 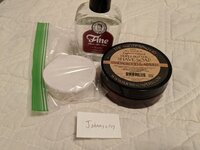 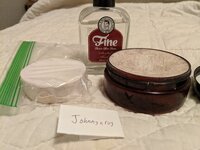 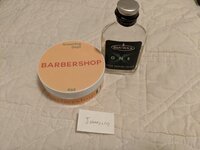 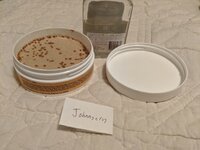 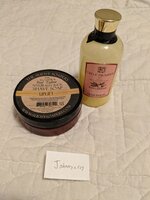 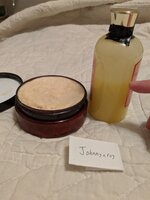 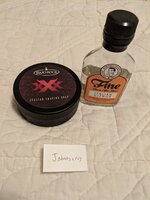 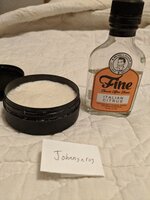 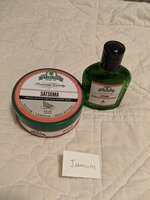 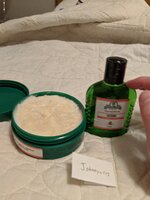 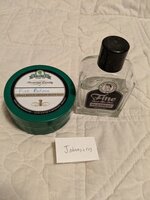 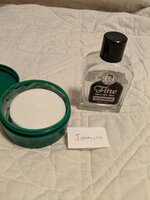 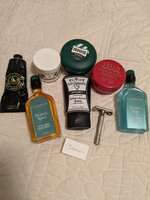 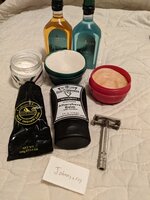 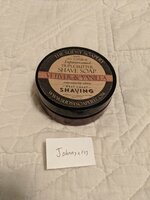 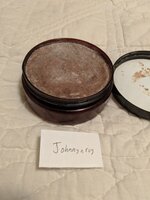 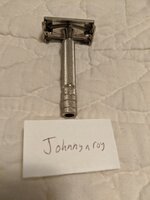 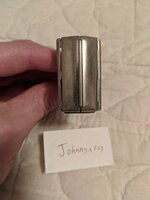 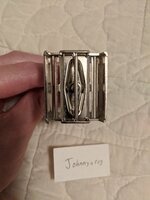 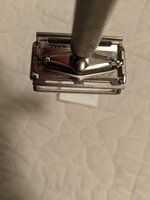 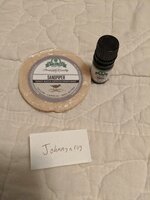 Sent from my Pixel 2 using Tapatalk
Click to expand...

NDC SuperSpeed is now available outside of the Newbie Kit. User grade, see pictures for more info. Everything tightens up appropriately. - $10 plus $5 shipping in the US.

All other lots still available, as is the Stirling Sandpiper sample set.

Sent from my Pixel 2 using Tapatalk
You must log in or register to reply here.