The Knize said:
I have heard so much bad about WW 1984, I do not think I am going to bother.

Lynda Carter lives somewhere fairly near us. We used to see her from time to time at, say, kids soccer or basketball games. She seems to remain lovely in every respect. I have certainly been close enough in person to her to hear her speak, but I do not remember anything that stood out about here voice.

I always thought she had a lovely voice, matter of fact she's somewhat of a successful singer. But in her WW 1984 credits cameo, her voice was very strange, to me.

RIP Dawn Wells. Mary Ann vs Ginger? Duh....We all know it's not even close, to borrow the phrase from @Owen Bawn it's Mary Ann EVERYDAY and twice on Sunday.... 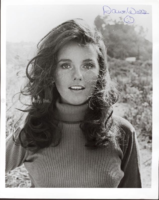 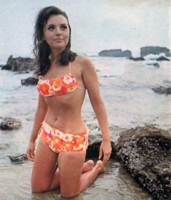 Geordon said:
In that case, the answer is "Yes. Most definitely, yes." And if you watch Wonder Woman 1984, watch through the credits. You're welcome.
Click to expand...

I have to say, Gal would be so much more than a Fall/Spring "trophy" wife. Exceptional intelligence. But, then, Lynda Carter is no slouch either, just the unreachable 7 years older than I. (Funny how those elementary/junior-high/high school premises can still impact current life experience.)

Benzadmiral said:
Never seen Samantha vs. Jeannie brought up, though. Or Emma Peel vs. Agent 99.
Click to expand...

That's simply because ALL four of those Ladies would be welcome for however long they chose to grace me with their presence. And I'd be perfectly happy if the only qualification was it was 'only' a working relationship!

Owen Bawn said:
And another: Fräulein Helga or Fräulein Hilda?
Click to expand...

I just learned of her passing. RIP Dawn Wells.

Owen Bawn said:
As I was watching 2 or 3 or 15 consecutive episodes of The Office last weekend the thought occurred to me that Steve Carell is a more successful (or simply luckier) Don Adams.
Click to expand...

But Don Adams was better in the Get Smart series than Steve Carell was in the movie remake.

MichWR said:
But Don Adams was better in the Get Smart series than Steve Carell was in the movie remake.
Click to expand...

Was there a Get Smart remake with Carell? I had no idea- I actually thought I was being original!

Shame on all of you for turning an "R.I.P.-Dawn Wells" tribute into a "who's hotter?" debate!

The beloved 82 year-old lady was yet another tragic victim of the Covid-19 "Coronavirus."

Let us remember that, while I turn to stating the obvious...that Mary Ann beats Ginger hands down any day!

ps...and or course, Emma peel trumps Agent 99 as well. I mean, c'mon, a black leather jumpsuit and a martini....who are we kidding?

Owen Bawn said:
Was there a Get Smart remake with Carell? I had no idea- I actually thought I was being original!
Click to expand...

There was, and Carell was probably the only actor nowadays who could have carried off the role of Maxwell Smart. (Not to mention his star turn as "Uncle Arthur" in the Bewitched movie about 15 years ago.) The film was not very funny, and was full of modern PC stuff, i.e., Agent 99 (Anne Hathaway) was shown to be not only more competent than Max, as in the original, but also "empowered," that is, annoying and snippy about it. And Max starts off as a nerdy researcher or analyst (I think) who gets a chance to be an agent.