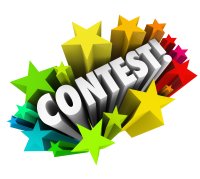 We have temperatures due to hit -24 degrees so what better time to have a contest, eh? The winner will be selected by random.org. Here is how you enter: Tell us a time it was colder than you ever recall and what it was like. This is CONUS only please.

Winner? Did I say winner, as in singular? Nawww, let's have TWO winners!

Good luck to each of you - tell us your story!

Awesome PIF. I really enjoy your soaps, but since I still have a sample of your lime, I am not in. Good luck to you all.

A few decades ago I was hunting with 2 friends in a 65 Bronco which ran out of gas near an abandoned log cabin. There was one of those large Coca cola thermometers on the porch. It said 31°. Not too cold but no one believed it. One of my friends tapped on it and it dropped to -2°. That was one cold mile walk to get gas.

I'm in. The coldest I remember was my first winter after moving to WA. I live north, close to the Canadian border and the topography is perfect for the Nor'Easters coming from the Frazier Valley to come straight into our area. Temp wise, it was still in the 10-20 degree range, but add to that a 40 mph dry wind, and there was nothing I could do to stay warm, and this was indoors!

Awesome pif. Coldest I ever saw was around -10, with the cold winter air from the great lakes blowing in. Fridgid! I could tell it was really cold when I went outside and lost sensation in my face

Sent from my Pixel using Tapatalk

Winter of 1983 in Dallas Texas. I believe we were below freezing for about 30 days. It was so cold (for us anyway) that White Rock lake froze over. There were people skating and even driving on the lake. I will never forget that.

Coldest this Texan has ever been was when I was visiting my wife's folks in Ohio where it was -3 degrees actual temp & wind chill much lower. My car had a tough time starting but it did. I'm telling you anything in the negatives is COLD for a Texan!

2019. Single digits. Oil line decided to suck air .burner shut off. Pipes froze. Such fun. But could have been much much worse.

Not in but I'll never forget the winter my future mother in law from Texas came to visit us here in Minnesota. My future wife and I had moved up here and we were renting a drafty old duplex. My MIL was coming up by bus because she was afraid to fly. The temperature when we went to pick her up at the bus station was in the negative twenties with wind chills in the negative sixties. The car seats were rock hard and the tires were frozen flat on the edge that met the ground so it felt like you were driving on square tires until they rounded out again. She arrived wearing a coat that was more suitable for temperatures in the thirties or forties and the zipper was broken so she couldn't even zip it up. She had spilled hot chocolate on it at one of the bus stops so it had a big brown stain on it. Fortunately we brought her an extra coat, hat, scarf and mittens. It did get a bit warmer during her visit but I don't think the highs ever got higher than negative or single digits. The duplex was so drafty that I don't think we were able to get it much warmer than low to mid sixties inside so we were always dressed in layers and huddled under blankets on the couch. It was literally the worst week for temperatures that entire winter.

I'm an AZ native, so I can count the number of times I've been in snow on two hands. I recently went on a work trip to Minneapolis. The temperature one morning when I got up was 7, -9 with wind chill. Probably the coldest weather I've ever been in. I was actually surprised. While it was really cold, I expected it to feel a LOT worse. As long as you are properly dressed and you don't park outside at night, it seemed pretty manageable.

Contributor
Not in, as I just won a contest here, but I do remember Christmas of 1980 visiting a friend in Minneapolis. We took his dogs for a walk and their pee hit the ground solid.

Before Christmas, 1992,?93?, Denver Colorado. First snows of the season and the daily commute between 12-hour shifts building DirecTV ground station Castle Rock was about an hour long and showed us who were really Colorado drivers, California drivers with skilz and all the rest... Anyway, might have been 10 below but for some reason, I had to shave my beard off for some damn thing right about then; after wearing it for over 2 years. GAWDS that was cold! And then the wind blew!

Moderator
2011 in Aurora I was waiting of the bus at the end of my block early in the morning. Was probably around 7am. I forget what month it was but it was winter and I checked the Weather app on my phone and it said -19. That wasn’t the windchill either. Thankfully I didn’t have to wait long and I was bundled up pretty good so it wasn’t that bad.

Moderator Emeritus
I'm in Canada, so not it, but thought that I would share anyways about the time I broke my beard.

Out in Calgary, AB in February for a few weeks of work with an IBM customer. It must have been nigh unto 10 years or so ago, back when a penny was a penny and not something that showed up only on electronic transactions. Decide to walk the mile or so back to the hotel after work and made the mistake of rubbing my whiskers near the end of the trip. Chucks of frozen scruff came off on my gloves and totally shocked me. I knew it was cold as I had frozen boogers (yum!) but had no idea that I would have lost my "natural scarf" on the walk. 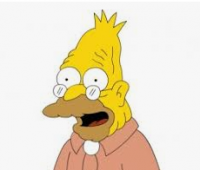 I went to college in the Berkshire Mountains of Massachusetts, which get plenty cold.
On more than one occasion, I went with damp hair our of the shower to the dining hall across the street from my dorm, and in just those couple of minutes, ice crystals would form in my hair.

Traveled to Newfoundland Canada for business, -12 and snow over the bumper of the rental car. Did not think my plane would take off that morning, but when I got to the airport, everything was normal.
R

Did the Captain's original post actually specify what he is so kindly offering? I didn't see anything in particular.

Rory1262 said:
Did the Captain's original post actually specify what he is so kindly offering? I didn't see anything in particular.
Click to expand...

No, I just relate his posts to soaps, especially since I don't use aftershaves. If I did, I would probably stuck up on North, since it smells fantastic to me.