About one year ago I purchased a Panther straight razor and tried to find out the manufacturer with no success. Finally, a German expert in straight razor history gave me the information that Panther was made in Japan and distributed by Compass Industries. He also told me that C.I. had Falcon as a second brand. Also Falcons were made in Japan.

Which this information I started my own research and found out the following (if someone here from the US does know more, please add or correct, if necessary): COMPASS INDUSTRIES (C.I.) is based in New York (USA) and was founded in 1937. The company still exists today and the following information can be found on their website: “Compass Industries was established in 1937 and from that time has been dedicated to providing high quality merchandise at affordable prices. Compass carries a wide array of well known name brands, such as Buck, Gerber, Schrade, Leatherman, United Cutlery, Columbia River, Zippo and Mag-Lite, as well as high quality imports.”

C.I. imported high-quality German and Japanese goods, such as the two straight razors I would like to show here, both of which were made in Japan. It appears that initially the products were distributed through two companies: COMPASS INDUSTRIES, INC. and COMPASS INSTRUMENT & OPTICAL CO., INC., both located in New York.

Here come the pictures of my vintage Panther: The expert told me that since this Panther is only marked on one side of the tang, it could easily be assigned to the early specimens, because from 1952 onwards the knives were marked "C.I." and the number of the steel used on the back of the tang. I cannot verify this information, but I believe it to be true.

And this is my Falcon, which I got in NOS condition: 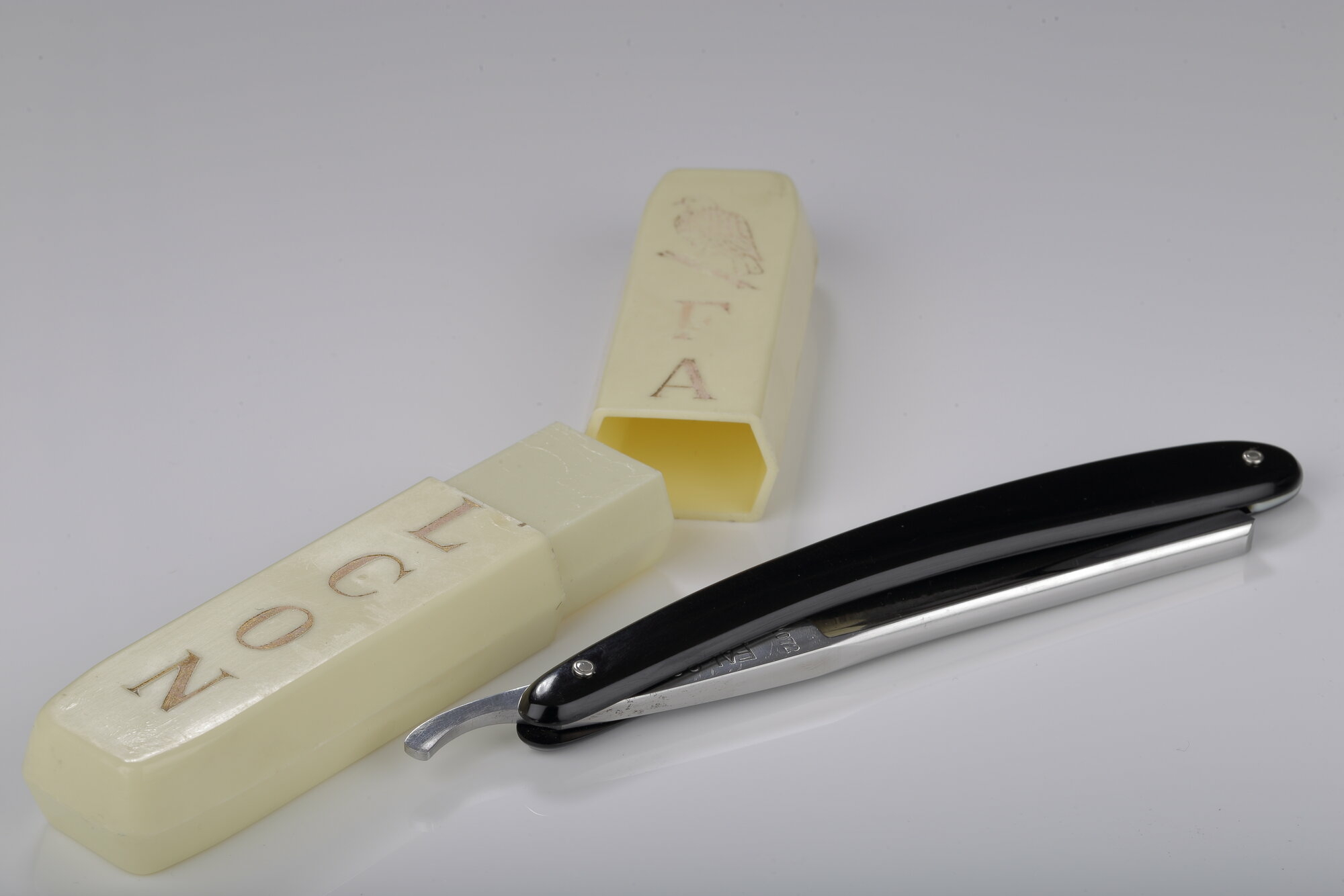 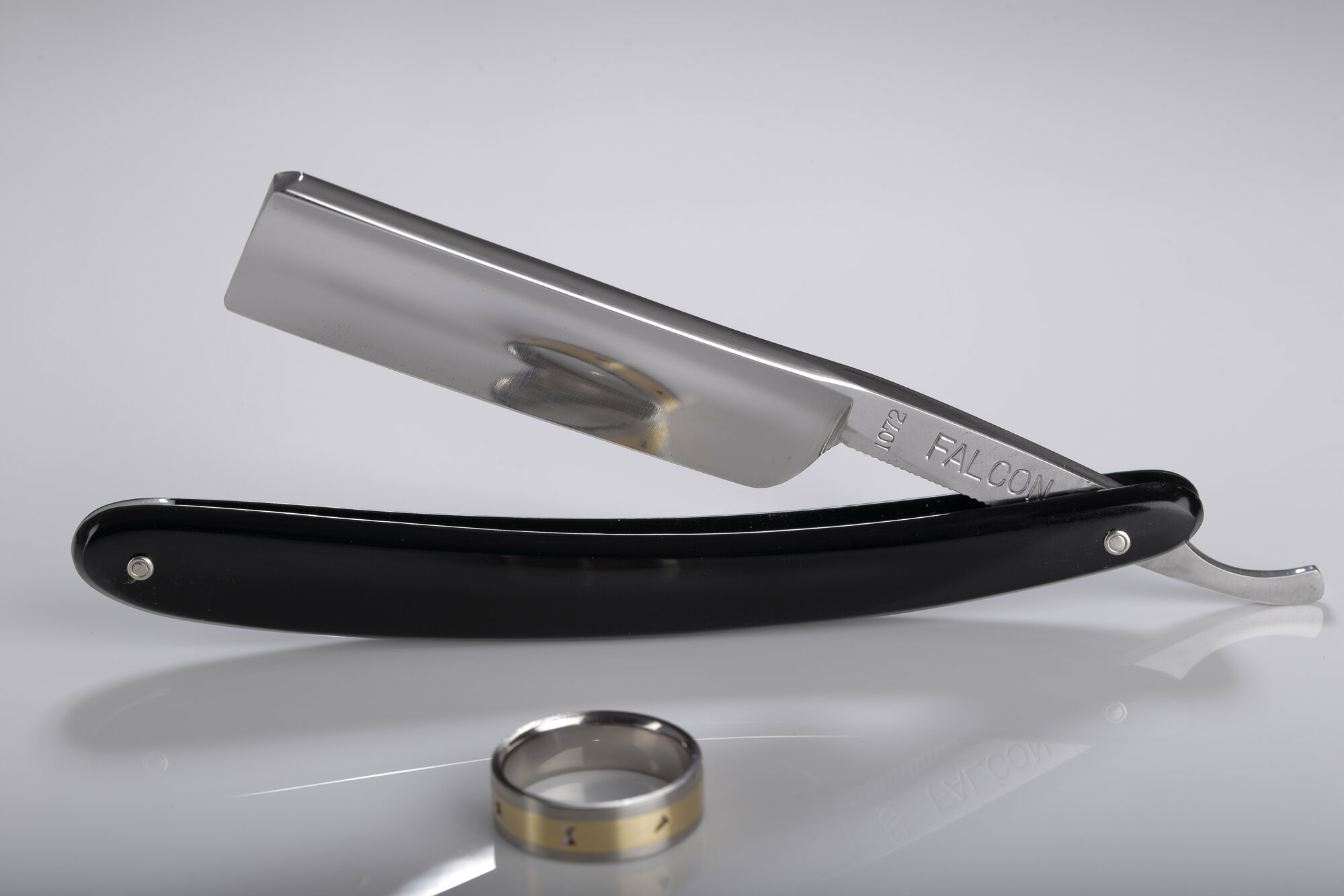 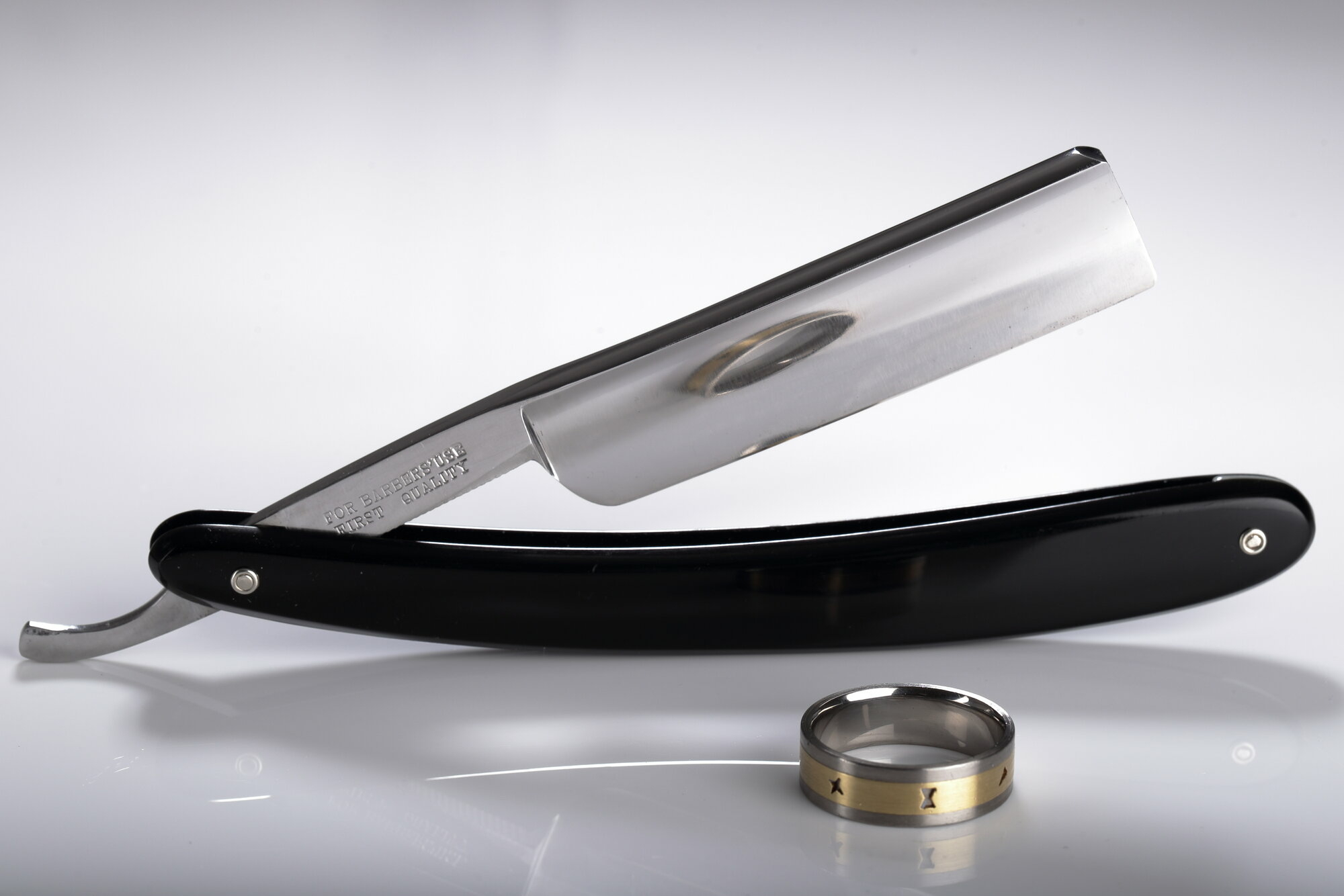 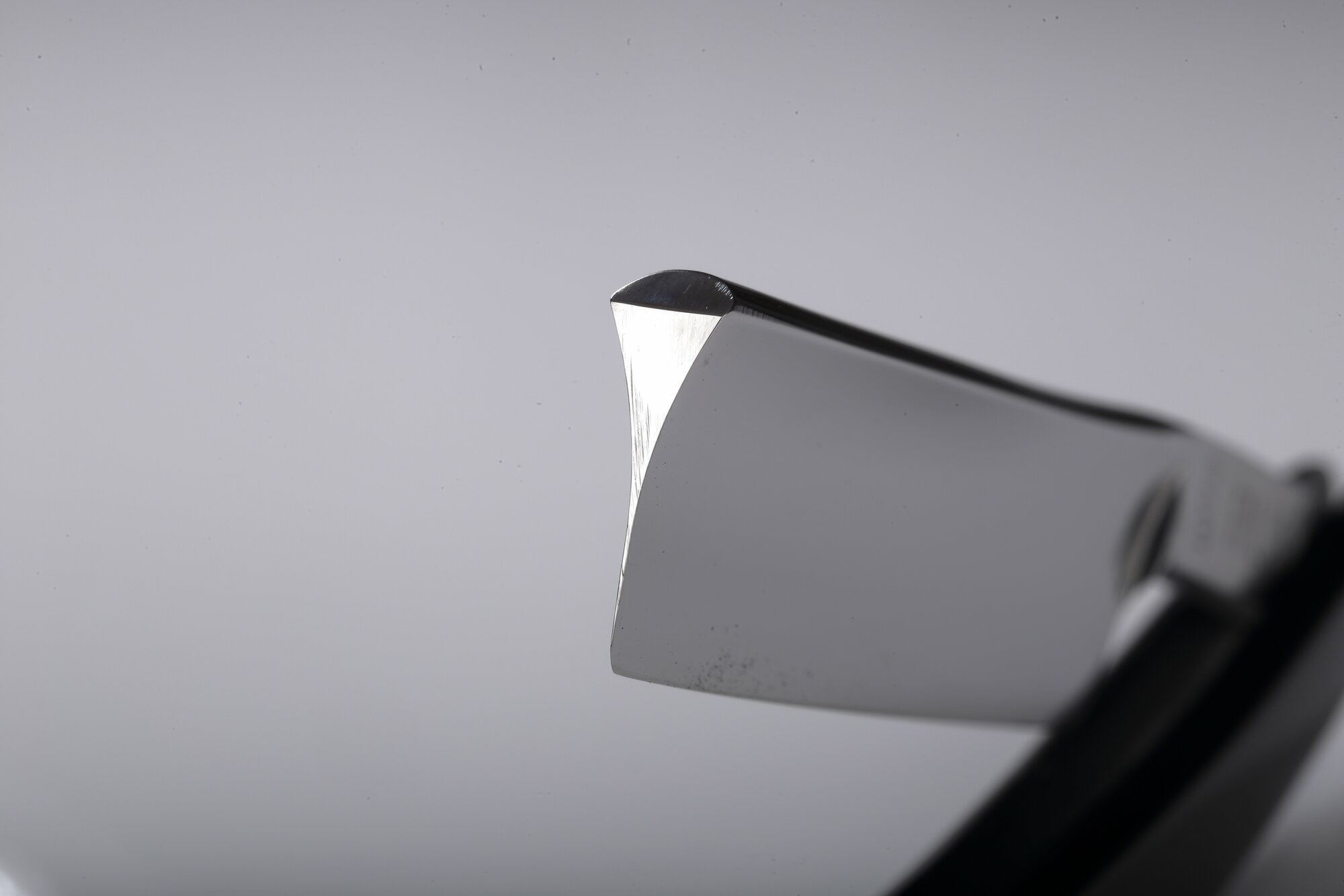 If you find this interesting (as I do

as the history of the companies behind the razor interests me much), I can post from time to time what I found out on other straight razor manufacturers. If not, please let me know.

Thanks for posting this. As you noted, I have a Falcon, probably was the same model (1072) although the underside of the tang has been ground down, so the number is obscured. Mine is a round point and the heel is a lot further forward, not sure if the heel was made that way or if it was modified later. From what I have seen, Japanese barbers often modified the tangs and heels on razors to make them easier to use. Mine has the same stamp on the back side too and the grind is similar. 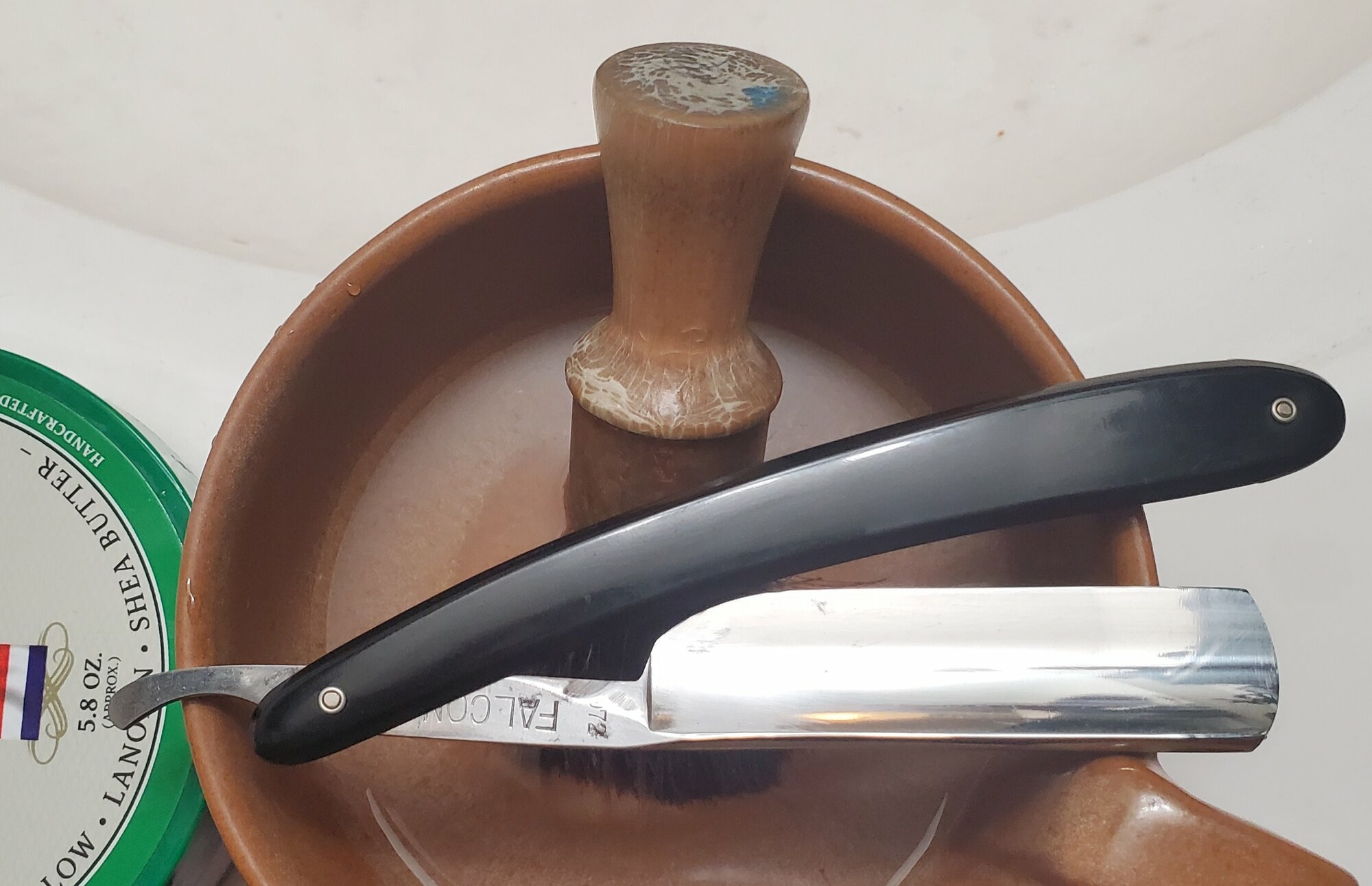 I thought this, although I could not read the number, when you showed it the first time.
By the way, the steel of mine and I assume of yours as well is really hard! Until I got the Falcon I honed mostly SRs made in Solingen. I could not believe that the steel is that hard and thought I was doing something wrong and gave it to a friend for honing. He confirmed that Japanese steel is much harder than the one from Solingen and it took a while but he made it shave-ready for me.
I believe due to its hardness, the blade is not as flexible as from the other SRs I have and gives a more direct feedback, which is different than any other razor I used. Very interesting and it makes fun to use it.

The MaydayGuard said:
If you find this interesting (as I do

as the history of the companies behind the razor interests me much), I can post from time to time what I found out on other straight razor manufacturers. If not, please let me know.
Click to expand...

Any razor manufacturing history you post will be very popular! I'm looking forward to it. And you are living at the fountainhead.
You must log in or register to reply here.