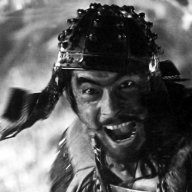 ChiefBroom has been a member of Badger and Blade since December 22, 2011

01. How did you find Badger and Blade and why did you become a member?
I stumbled into old-school DE wet-shaving in November 2011 via a tub of Cella I bought on impulse in an eclectic (also found a Rat Fink pen there) brick-and-mortar store in Lawrence, KS. The Cella led me to explore reviews of other shaving soaps on amazon.com, where I came across references to some DE razors. I decided to give one a try and based on positive reviews bought a Merkur Futur. Long-story-short, that razor had issues; I did a Google search to see if I could find any discussion of similar experience; found a post that was directly on point on B&B; and I went straight down the rabbit hole from there. See my first post here: Checking in from KS - Checking in from KS - https://www.badgerandblade.com/forum/threads/checking-in-from-ks.266437/

02. When you did or if you are working, in general what did or do you do?
I spent 30+ years working in and around the bio-pharmaceutical industry in various roles that included corporate counsel, business development executive, CEO, economic development advisor, start-up consultant, and university adjunct faculty member. In 2013 I took a break, did a lot of posting on B&B, became a steward in the Shaving Brushes Forum, and put together the 2013 M&F Group Buy, which unforeseeably turned out to be life-changing for me. In 2014 I started a family business with my son and wife making shaving brushes. I committed to that venture full time in early 2016 and haven’t looked back since.

03. What part of the country where you were born do you like the most?
I was born on an Air Force base in Savannah, Georgia, during the Korean War, and grew up in North Central Kansas where a Bohemian triple-great-grandfather homesteaded in 1874 and my parents were both born and raised. As Dorothy said, “there’s no place like home”. But the part of this country that stirs me most deeply (not counting some battlefields and old cemeteries I’ve visited) is the Colorado Plateau in Southern Utah.

04. If you could live anywhere in the world, where would you go?
London is my favorite city in the world. And if I could time-travel to San Francisco in 1967, that would also be very tempting. But my family (including wife, son, and daughter) lived in Colorado from early 1993 through most of 2004, and over the past two years (2019-2020) we all miraculously ended up back there. My wife and I are in Fort Collins now (about halfway between Denver, Colorado, and Cheyenne, Wyoming). Our daughter, her husband, and our two grandchildren live near us in Fort Collins. Our son and his wife are in Clark, Colorado, 20 miles north of Steamboat Springs. There’s no place we’d rather be than right where we are. Fort Collins is a great town.

05. Do you have any hobbies or pastimes?
Too many; not enough time. Biking, hiking/climbing, camping, banjo, guitar. Love books. Collect old maps. Hope to windsurf again. Grew up with horses and guns. Started bowhunting when I was 13 but haven’t done anything with archery for a while. Getting back to Colorado has stirred some old passions. And now there are grandkids!

06. What do you like best about being a member of Badger and blade?
But for B&B, I wouldn’t be doing what I do.

07. If you could choose any person in the world, now or from the past, who would you like to sit down and have a drink with?
That’s a hard one. Winston Churchill would be high on the list. Socrates also comes to mind, but I don’t understand Attic Greek, so that could be a problem. I’m pretty sure I’d go with Abraham Lincoln. For one thing, I could warn him to stay away from Ford’s Theatre on the night of April 14, 1865.

08. What is something you'd like to do, but have not had the opportunity to do it?
Be present, front and center, to see David Gilmour perform live at Pompeii in 2016, with full backstage passes. That would check two boxes.

09. What is one thing or accomplishment in your life that you are proud of?
My family.

10. What is one piece of advice that you would offer to people in general?
I’d have to give that a lot more thought. I’m still trying to figure it out for myself.

11. If you could have any super hero power, what would you choose?
I’d fly.

12. If you had to choose to be a kind of animal, what would you want to be?
An eagle. Eagles can fly and don’t have to look back over their shoulders.

13. What kind of music do you like?
Just about all kinds, generally excepting polka (unless I’ve drunk a lot of beer) and rap (although I like Eminem’s “Lose Yourself”). Favorites are classic rock, blues, traditional country/mountain (e.g., Ralph Stanley), and Celtic.

14. If you could be any movie character, who would you like to be?
I wouldn’t choose to be anyone else, really.

15. If someone wrote a book about your life, what would the Title of that book be?
I’d Rather Be in Some Dark Holler

Moderator
Contributor
Thanks for the interview!

Contributor
Ambassador
Glad you're here. I am quite fond of your brushes. Cheers!

Contributor
Fond of your brushes as well. So glad that worked out that way.

Moderator
Another good interview, thanks for sharing some of yourself with us.

Great interview. Colorado is a cool state.
You can go to any dark holler that makes you happy. But please keep making your great brushes from there!

Enjoy your time with your family, it’s the best time there is.

Moderator
Contributor
That was a great read, thanks Ken. You live a life truly blessed.

KeenDogg said:
That was a great read, thanks Ken. You live a life truly blessed.
Click to expand...

GNR said:
Great interview. Colorado is a cool state.
You can go to any dark holler that makes you happy. But please keep making your great brushes from there!

Enjoy your time with your family, it’s the best time there is.
Click to expand...

Thanks. There's nothing I'd rather be doing. And Amen!

luvmysuper said:
05. Do you have any hobbies or pastimes?
Click to expand...

ChiefBroom said:
Thanks. There's nothing I'd rather be doing. And Amen!
Click to expand...

luvmysuper said:
Socrates also comes to mind, but I don’t understand Attic Greek, so that could be a problem.
Click to expand...

I believe we can include the magic translator along with the magic time machine for that.

Moderator Emeritus
Wiki Team
Contributor
Great interview Ken. I am on a trip and shared it with my BIL. He has always loved my Paladin brushes as I do!

Wiki Team
Contributor
Nice to get acquainted with you a bit more. I wonder if our paths crossed back in our younger years.

Moderator
Contributor
Very nice interview! Glad to get to know you.

Moderator Emeritus
Wow, how did I miss this fantastic interview with a great brushmaker, now that is one beautiful read and worth getting to know the maker better thank you, Sir!!! for doing this interview.....

Contributor
Vendor
Re Gilmour at Pompeii in 2016 (first public performance in the amphitheater there after Vesuvius erupted in 79 AD).

Contributor
Great interview. But be careful careful having a drink with Socrates. You never know who'll get the hemlock.

Contributor
Vendor
I noticed that at least one other interviewee posted some photos. I didn't but may add some in replies here for whatever they might be worth to whoever might be interested.

Here's a link to a thread I posted in 2013 with regard to where I grew up: Kasl farm - https://www.badgerandblade.com/forum/threads/kasl-farm.333370/. I have a box full of photos (spanning 120 years) taken in and around the referenced farm. Sadly, the house is no longer there. I have a couple of doors I lifted from it, though. Someone actually stole the windmill.

From one Floyd fan to another. Great interview!!
You must log in or register to reply here.