Challenge PIF - Shave For The Stars

Comments: Very fine shave: comfortable and close (if not BBS)!! 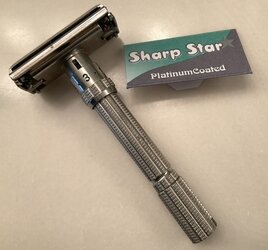 The Shave:
Smooth feeling during the shave and after. No drama. DFS. The blade work went smoothly and gave me a fine, comfortable shave. This was my first time with the Captain, and I need to dial it in. I seem to have left my brush a little too damp and wound up with a thin but slick lather, pretty much the way I keep reading that it should be. I like it a bit thicker, but just a scraping of soap on the bottom of a bowl usually doesn't work as well for me as a full tub.

It just struck me just how MANY of these 1/2 century plus razors are still around.

And frankly, look as good or better than the modern designs! 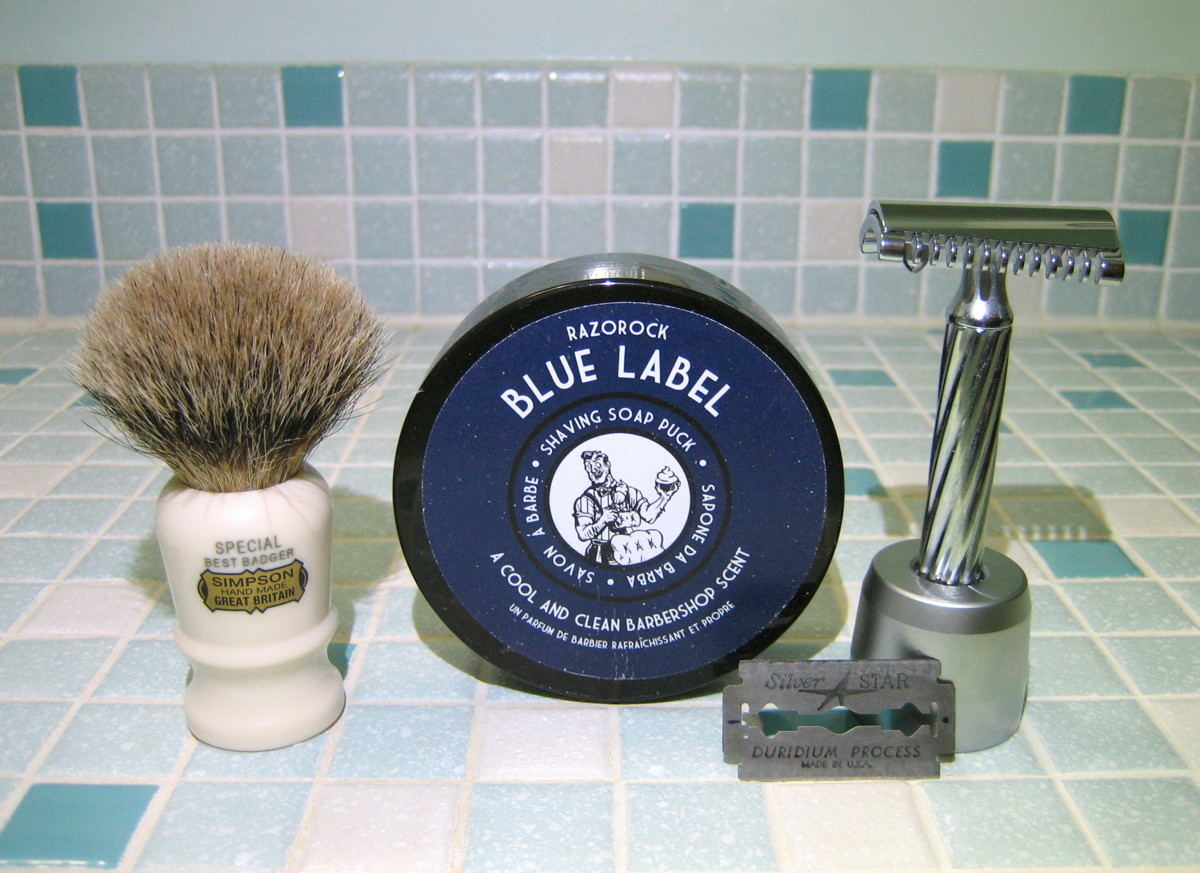 The end of the line for the vintage Silver Star Duridium.

After a fantastic outing on April 3, the Duridum blade has come crashing down to Earth. Although I completed all three of my usual passes reasonably quickly, none of them were smooth or comfortable. The extreme blade-feel was back with a vengeance and with it came some fairly severe tugging.

My face became irritated right away, so I didn't even entertain the thought of buffing. As a result, I only ended up with a SAS (just barely). And, for the first time in a long time, I had to use Gold Bond lotion to put out the fire along my jawline and on the sides of my neck.

Overall, it was a good run for the Duridium, but it's time to put it out to pasture. It provided eighteen shaves in total, of which thirteen were above average in quality. That's about thirteen more than I thought I'd get, so I'm actually quite pleased with how it turned out.

Many thanks go out again to @AnimalCatcher for providing both the modern and vintage Silver Star blades. Having a chance to try strange and exotic blades is a real treat!

I'm amazed that you get 18 shaves out of ANY blade, let alone the vintage Silver Star! And 13 above average! That's... [goes back and checks his old posts] ...13 more than I got!

FarmerTan said:
It just struck me just how MANY of these 1/2 century plus razors are still around.

And frankly, look as good or better than the modern designs!
Click to expand...

Ted A said:
The other thing that will mess with your mind is thinking about how many were made and sold
Click to expand...

Especially when you consider the US of A wasn't that disposable of a society back then.

I've ALWAYS been amazed that my neighbors have never composted, recycled until recently, those that burn wood for heat don't burn the junk mail...
Our trash in a two month period doesn't, and even when we had a child in the house, equal what they put out in a week.

This might be the ONLY area where I don't drive my wife insane! Today I decided to bin the blade subsequent to shave no.5. Whilst the shave count on this blade wasn't impressive I have really enjoyed the shaves with this blade. The initial three shaves were excellent in terms of sharpness and smoothness. Today's shave was still almost ok, but the signs of its performance drop became obvious. So off to the blade bank she went...

I'll give the Silver Star another run tomorrow.

This blade is comfortable and mild. It isn’t as sharp as I would like. It woul Be a good c on those days when you are rushed 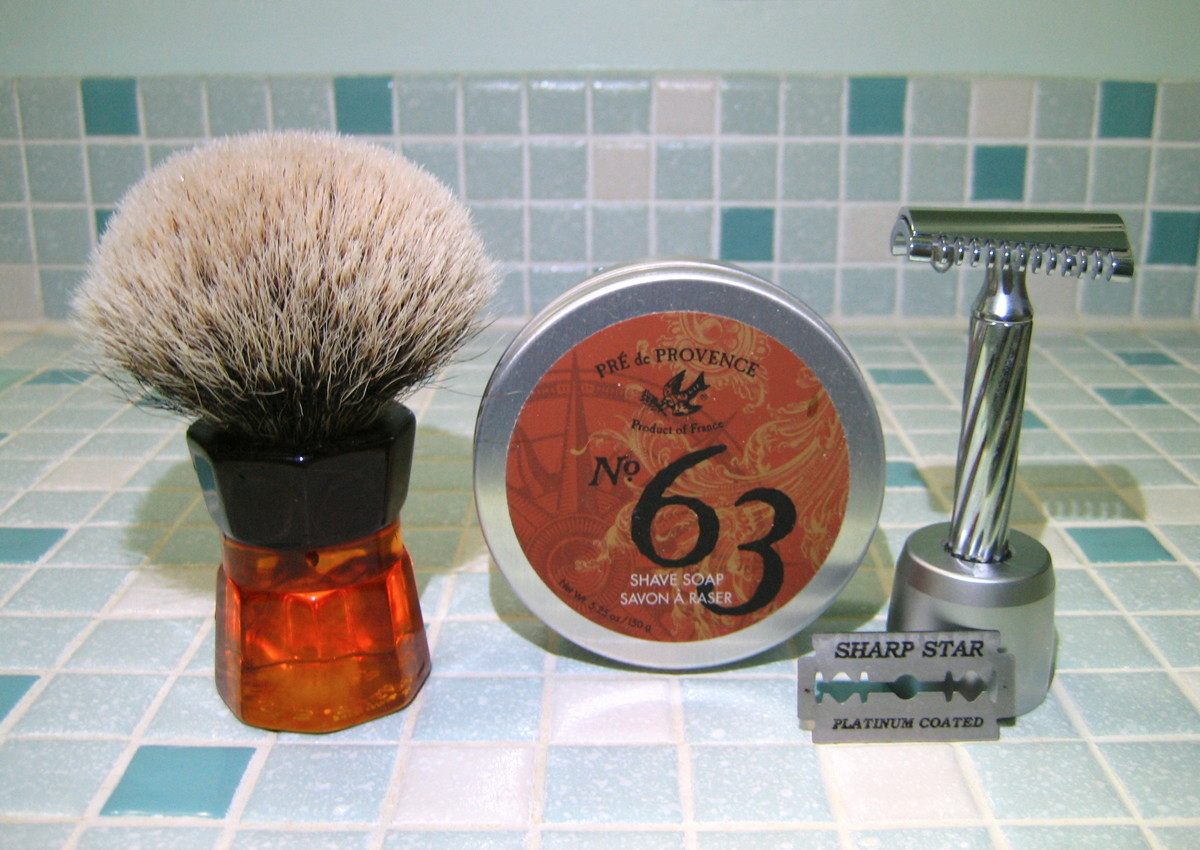 As expected, another quick and trouble-free shave.

With both the modern and vintage Silver Stars out of the picture, I can now say with confidence that the Sharp Star is the champion of the Challenge (for me, anyway). Although the modern Silver Star had its good moments (albeit few and far between) and the vintage Duridium surprised me with several excellent outings, neither of them could match the consistency of the Sharp Star.

After some initial teething problems, it has delivered a string of fine shaves, one after the other. Case in point: Here we are on its nineteenth use and it's performing nearly as well as when it was new. My three routine passes were all smooth and comfortable and, unlike the Silver Star, I was able to buff as usual. However, I didn't try for a BBS because my face is still a bit sensitive from yesterday's mauling from the Duridium. Instead, I achieved a solid DFS which is fine with me because I'm working from home, today.

So, it looks like I'll be using the Sharp Star exclusively for the next while. Now, the final unknown is its longevity. Twenty shaves is a certainty, but how much longer will it last beyond that?

The Shave:
A little rougher feeling than it's been, but no drama. DFS. The blade work went smoothly and gave me a fine, comfortable shave, but with a bit more blade feel than I've gotten so far with this blade. Today, I got the soap-to-water ratio a bit closer and the soap did its job. Tomorrow, instead of a sample of soap, I'll load from the jar. Though I had a perfect BBS shave this morning I have to say I like the face feel of the Sharp Star better. It's plain and simple smoother on my face.

Rating: 9.5/10. Another very fine shave from an enjoyable blade!! 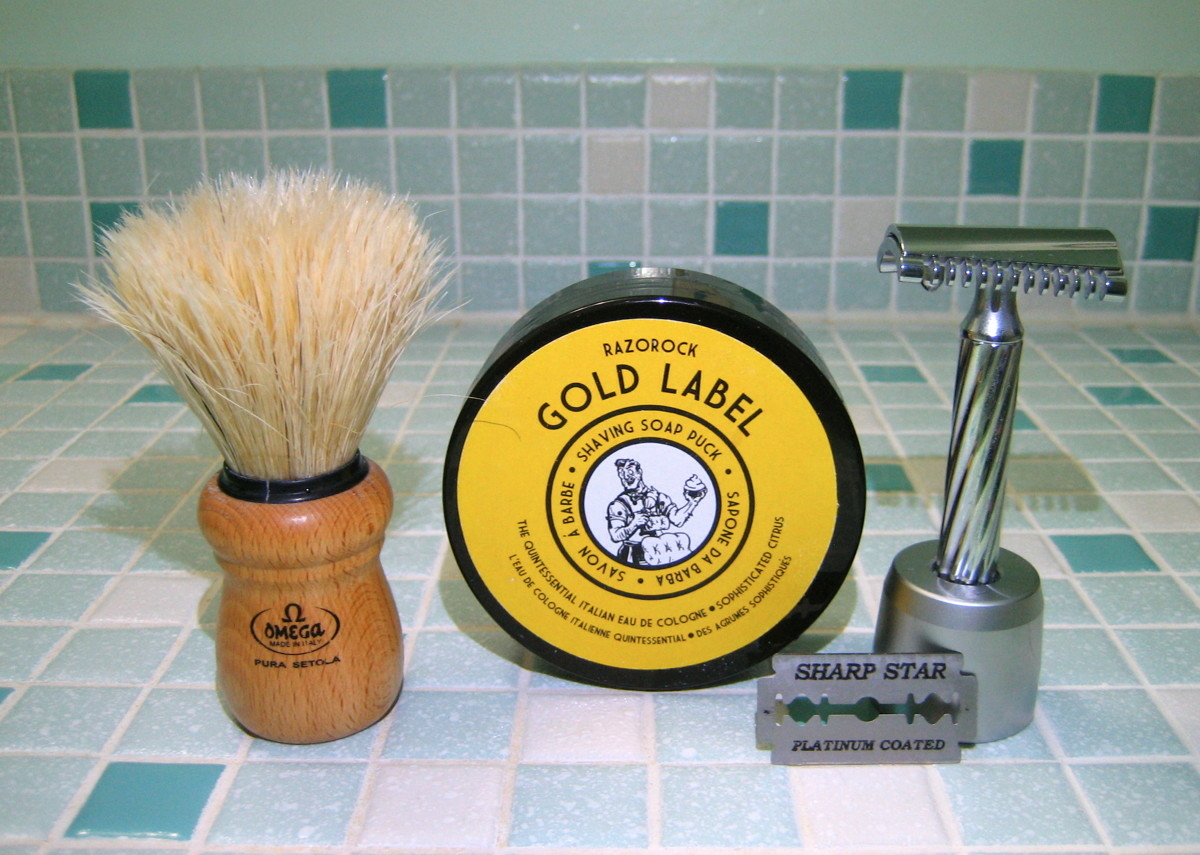 A fine shave despite a lacklustre lather.

Despite my best attempts, I couldn't make a decent lather with the Omega 10005 Boar, today. It was thin and runny, in spite of multiple re-loadings and no matter how I tried to regulate the water content, and it dissipated before I could even raise the razor to my face.

But, out of sheer laziness, I continued with my shave and the results were actually quite good! My three usual passes were smooth and comfortable. A few quick buffing strokes brought me to about a BBS-; I stopped there for fear of aggravating the sensitive spots left by the Duridium blade two days ago. In the end, a very good shave.

On a side note, I'm impressed by the Sharp Star's overall quality. Over its twenty uses, I've not noticed a propensity for it to tug or snag. It also provides exceptional closeness on every pass, even though its sharpness is only just average. Obviously, some combination of elements elevates the blade to become better than its individual qualities should indicate.

Whatever the case, I'm not complaining. I'll just enjoy the superb performance while it lasts.

Paired with a GC84, the Silver Star again performs far better than it has in other razors. Silky smooth and very efficient, giving me my best shave of this challenge after four enjoyable passes. This is going to be a nice run with this pair!

Comment: 9/10. The question is whether this very fine blade is slowing down. 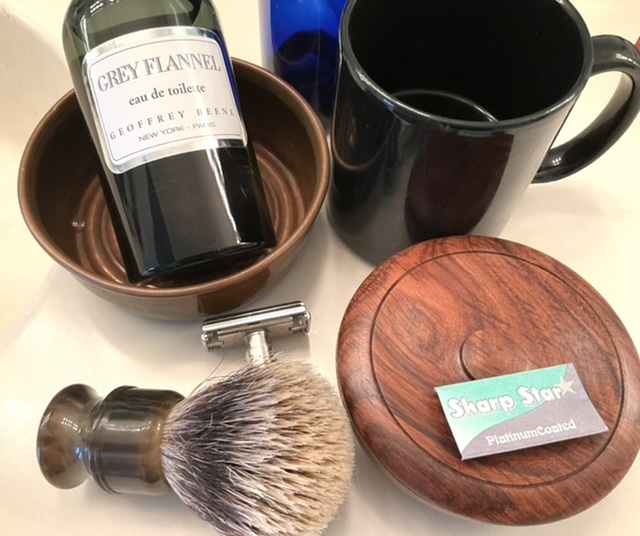 while shaving it seems like this blade isn’t very sharp. It doesn’t tug, but it just doesn’t feel like it’s real efficient. But it turns out to do very well at removing my beard.