I watched with interest when the Captain offered a scuttle prototype for folks to try out a while back. I have been playing with the idea of getting a scuttle, but have always reverted back to my poor man's scuttle - a pottery bowl filled with hot water and a Turkish hammered copper bowl to sit inside it to build lather.

The Captain has since released his first version of his scuttle, and recently I had the opportunity to get a newer version of it. The original version was tapered slightly where the base was smaller than the top, much like a tea cup. v2 had more straight walls. 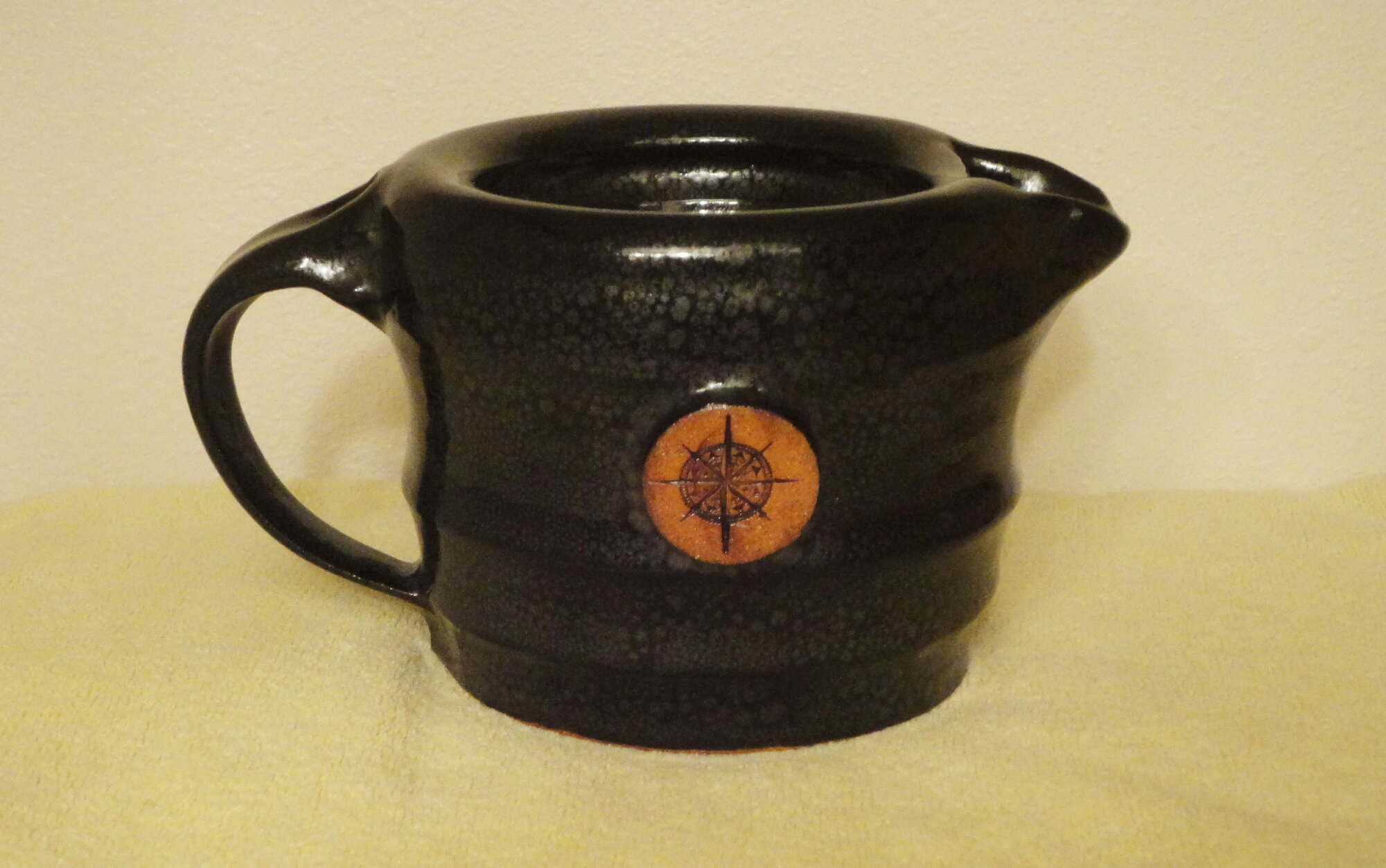 The scuttle was massive and built like a truck. It does not seem to be a scuttle that you can hold in your hand, but was meant to sit on the counter when building your lather. The water reservoir held a lot of water. The bowl was rather small and allowed lather to past the rim no matter how careful you were. The ridges inside the bowl made building lather very easy. My first attempt at using this scuttle was a failure. I filled the hot water about half way up the bowl and built up a lather and when I lathered my face, the lather was COLD!

My second attempt was much more successful. I filled the hot water to the point where I could see the lever at the large opening of the spout. I then added hot water in the bowl about a third way up and soaked my brush in the water before attempting to build a lather. That strategy provided me with very warm lather that lasted through three passes of my shave and could have done more.

Tonight I duplicated what I did last night and got the same results. My only regret was that the razor I was using was so efficient that I was able to finish with two passes and had to let all that nice hot lather go down the drain.

For those out there that is sitting on the fence about getting a scuttle, it is worth the extra effort to get hot lather to shave with, especially this time of the year. If you decide to try a scuttle out, I highly recommend getting the Captain's Choice Scuttle.

I picked up a GP G20 scuttle and mostly love it. The bowl is a bit too narrow at the top for my taste. This allows lather to constantly ride up the sides and over the top. I have the same issue with my CC lather bowl too. I wish scuttle/lather bowl makers would put a lip around the top to combat that issue. I'm not a pottery maker, but how hard would that be?

Contributor
I'm still stuck on face lathering but their new scuttles look amazing. I'm glad to hear it's working well for you.

Moderator
They are a good looking thing. If I lived in the USA I would probably buy one.
You must log in or register to reply here.

Green stuff in my Captain’s Choice copper bowl - What do I do?