Ad Astra said:
If dominoes counts, yes. It's a cultural thing with us.
Click to expand...

Sounds like my wife's family in KY. Dominoes is their game. I'm from NJ, and have been married to a KY gal for over 50 years. I never learned how to play because her family is dominoes crazy. Even at age 93, shortly before she passed away 3 years ago, my MIL was rarely beaten by any of her youngins.

njpaddy said:
I forgot about Mille Bornes. That was a great game. My cousin, myself and our wives played, "gals against guys", quite often in the late 70s/early 80s. They were "take-no-prisoners" games. As I remember our wives were, more often than not the winners, and loved rubbing it in. Fun times until kids, life and distance got in the way. Have not played that one in years.
Click to expand...

I had a childhood friend whose father loved card games. My friend and his father would play cribbage for hours and hours.
I never learned how to play that one but one game that I did learn from his father was Milles Bornes. What great fun we had
on rainy days in the summer. His father also "invented" a game called "crazy gin" which was a combination of gin rummy and crazy eights...at least I think he invented it.

I love the classics, but one of the "newer" ones invented in the last 20 years is Blokus, which is great fun. I haven't played it in probably over 10 years though. The only downside is you need at least 3 players.

Other "newer" ones I enjoy are Gobblet, Quarto, and Khet 2.0.

NoahYoung860 said:
I love the classics, but one of the "newer" ones invented in the last 20 years is Blokus, which is great fun. I haven't played it in probably over 10 years though. The only downside is you need at least 3 players.

Other "newer" ones I enjoy are Gobblet, Quarto, and Khet 2.0.
Click to expand...

Blokus is one we played with my son a lot. He was 6 when we got it, and he took a "logic" class from one of other homeskool moms in a Co-op we belonged to. She let them play that game as a reward. Go figger!

He beat me every single time. And sometimes even his Mom!

Today he does math in his head (and had since about 6 or so!) that his mom and I can't even find the buttons on the calculator for!

Well, his mom could do it with a calculator. I couldn't do it with Einstein's brane doggone!

Teach your kid that learning is fun and they will teach themselves!

Growing up it was Life, Monolopy, Stratego, and Mastermind.

My Aunt bought my brother and I a game called Gettysburg. It was so complicated we never actually played it. Many years later I saw the game for sale at a toy store for $150. I think that was also the number of pages in the instruction book.

As a young adult, Risk and card games like Spades.

Spades is fantastic. Especially when you make the game all about how to cheat and get away with it.

I did the Avalon Hill games but found computers could do it better and you didn't have to consult the rules all the time.

H4nk said:
I did the Avalon Hill games but found computers could do it better and you didn't have to consult the rules all the time.
Click to expand...

"computers could do it better" minus the "could" sounds like a 70s or 80s bumper sticker!

So - slightly different story. My youngest daughter "made" a board game based on one of her Netflix shows. It was actually pretty good, and the rules she made were even pretty complete. Anyway, my wife found an actual production game based on the same show and purchased it. The impressive thing is how many similarities my 7yos version had to the production version. I may even like her version BETTER! I may have a future game designer in the home.
That is, if I can keep her focused and she doesn't drive her parents crazy in the process of getting her to adulthood...
L

Spades is a fun game. People have created games similar to spades with twists. Games like Diamonds and The Crew, they add some fun twists to basic trick taking games. In Diamonds the goal is to collect diamonds and rubies and have the most points at the end of the game. Each suit has a different power like taking diamonds from other players. The Crew has set missions your crew has to complete. The missions get harder and as you advance, one of the things that you may have to accomplish is a certain player has to end the game with a certain card, or people have to complete their own goals in an order.

Rummy was always a fun game to play, as kids we also played pokeno, bingo using playing cards as the bingo numbers, grandma always gave us pennies to use and we got to keep what we won. Another card game that was played, we called Skat, also known as 31. So many great memories playing games, I am glad I am able to keep my gaming habit going with the variety of games that now exist.
E

Black Adder said:
Back in the day, it was Avalon Hill for me and my best friend. Panzerblitz, Panzer Leader, Richtofen's War, and the ultimate, Squad Leader and Advanced Squad Leader and all the modules. I had a pile of boxes for storing the whole system and we'd have marathon gaming sessions that would last all weekend. We'd play for HOURS with very little sleep, fueled by junk food and strawberry soda. After a while, I got tired of it; keeping things organized and buying the latest upgrades. It just got to be too much for me. The Avalon Hill I knew no longer exists.

I know there are other board games out there now, but I just lost interest, I guess.
Click to expand...

My favorites were "Midway", "Squad Leader," and computer versions of "Midway" and "Bismarck Campaign."

The wife and I regularly play a fair number of board games. She prefers Co-ops or light worker placemat games. She really enjoys the pandemic games, Haunted House upon the hill, and recently really been into Vitaculture. She thinks it’s rather appropriate to open a bottle of wine while we are vying to compete to have the best vineyards.

I like heavier games. Still love breaking out Scythe with the guys every now and then. Another worker placement game that pretends to be a war strategy game.
B

Tricky said:
The wife and I regularly play a fair number of board games. She prefers Co-ops or light worker placemat games. She really enjoys the pandemic games, Haunted House upon the hill, and recently really been into Vitaculture. She thinks it’s rather appropriate to open a bottle of wine while we are vying to compete to have the best vineyards.

I like heavier games. Still love breaking out Scythe with the guys every now and then. Another worker placement game that pretends to be a war strategy game.
Click to expand...

Games like Scythe really interest me, but the family is into the lighter weight games as well. Luckily, there are several of those that still have enough to them to keep me occupied.

H4nk said:
I did the Avalon Hill games but found computers could do it better and you didn't have to consult the rules all the time.
Click to expand... NoahYoung860 said:
"computers could do it better" minus the "could" sounds like a 70s or 80s bumper sticker! 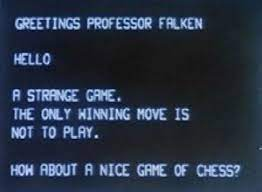 …the Mrs. and I love playing
’the 5,000 year old game’
to include Acey-Duecey, but aren't too fancy about using the doubling cube.

I happen to like Table Stakes because the two players agree between them on a dollar $$ win limit which applies to the game. The win limit is the maximum amount that either player can win or lose.

If not Acey-Duecey...there are other variations of the game such as , Russian Backgammon or Long Backgammon you like to play. 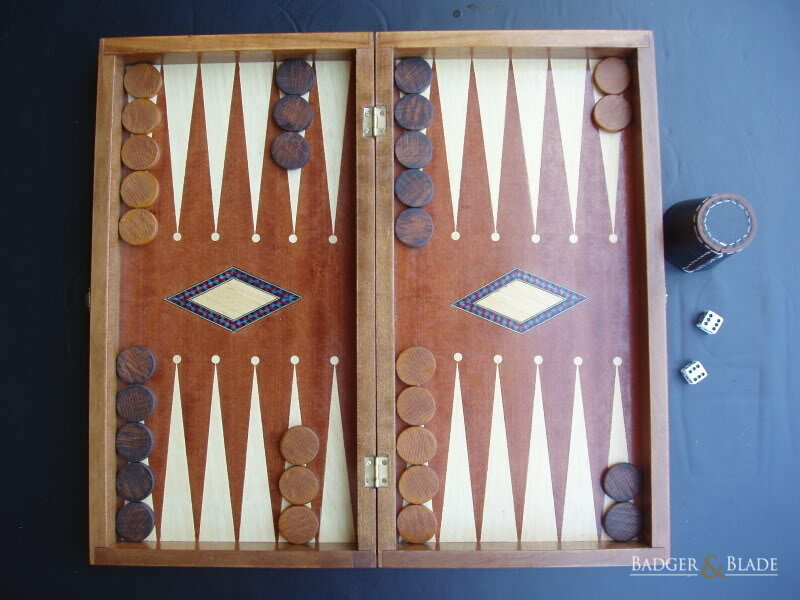 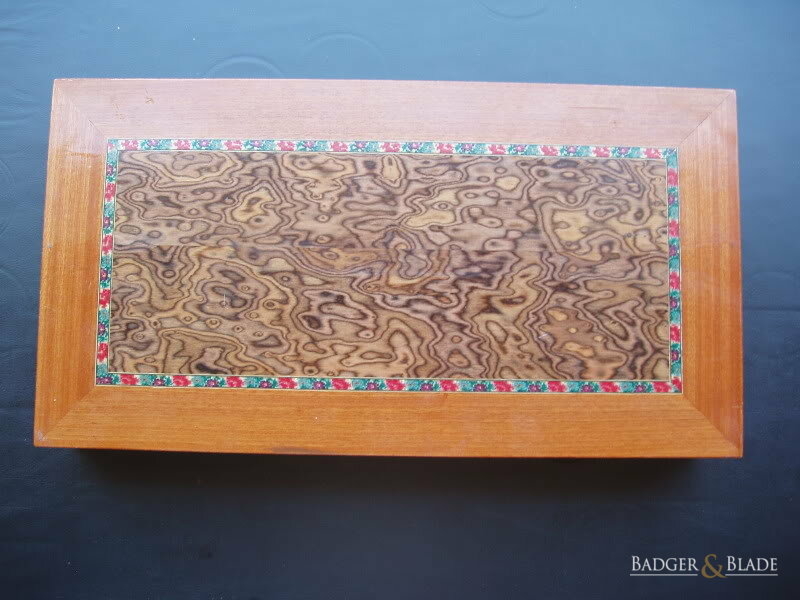 This is my Custom inlaid board made in Kosovo while I was deployed.

"Backgammon is game which requires both luck and skill. Luck keeps the game interesting, but skillfull play will always be rewarded". Paul Magriel

Also, if the Mrs. and I (and other players), have a lot of time on our hands…our favorite board game...is got to be Monopoly. 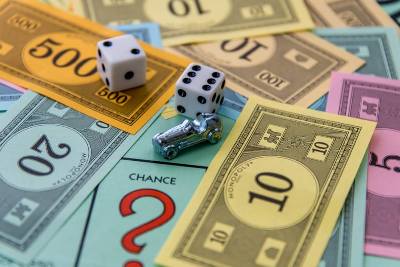 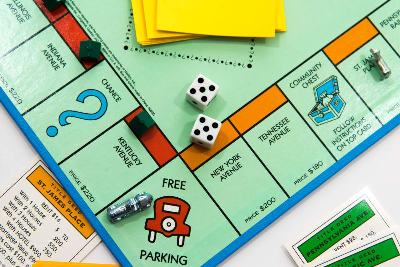 But for vintage & nostalgia board gaming we love playing 'GO' (a board
of travel). 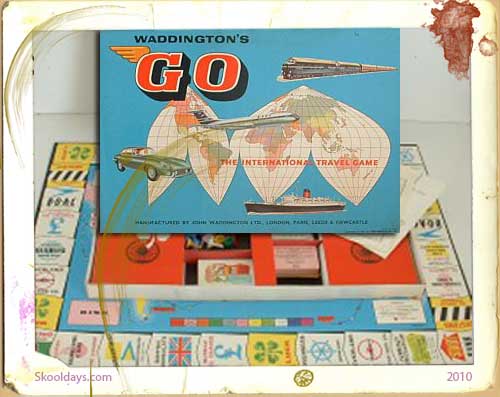 "Never, ever, grab the first good looking play you see. There is often a better move around the corner. Go look for it". Kit Woolsey

As a kid, my family and I would make the long trek from Pittsburgh to Milwaukee to visit relatives, and an epic game of Risk with cousins was always on the agenda. I think some of that game-playing intensity and competitiveness still informs our relationships decades later.

Is this the game you're talking about? I remember playing it with friends in the mid 90s.

I surprised to see Talisman mentioned, a great, underrated game.
Growing up we played a lot of life, clue and masterpiece. In my teens it was monopoly and risk, Risk really got me into strategy games. I went out and bought axis and allies, soon after I found out nobody really cared for war games.
Now a days, it’s mostly jigsaws and once in awhile, Talisman.
L

Our favorites are the classic board games with Monopoly on top of the list followed by Risk, Stratego and Chess. Prefer to use the classic versions of the first three before they were "re imagined" by the manufacturer. For example in 2008 Hasbro adjusted the U.S. version of Monopoly to match it's global versions to reduce manufacturing costs by combining all three card decks (Title Deeds, Community Chest and Chance) into one and adjusting the initial money distribution to enable use of a smaller currency pack. Subsequently many of the classic tokens were replaced via various marketing campaigns.

Of the different versions of the classic pre-2008 U.S. game our favorite is the late 90's to mid 2,000's Deluxe edition with gold versions of the classic tokens, Chance/Community Chest Cards printed in color, an extra pack of "deluxe" currency, a carousel for the Title Deeds and an enhanced bankers tray. Photo of this game in use attached.

Thursday at 3:59 AM
Butch Waxx