'Tis the Season!
Blueberry, that is.

This is very much like a cobbler, except that it's all done on the stove top instead of in the oven.
I read that the name "Grunt" is from the noise that it's supposed to make when bubbling as it simmers, but I have not heard it in real life.

Heat blueberries, water, and Splenda slowly in a 10" skillet until blueberries begin to soften; then bring to a boil.
Simmer gently for 5 minutes while making the dumplings.

Sift together flour, baking powder, salt and Splenda™. Cut in butter (or microwave it and pour it in) and add enough milk to make a soft dough. Drop the dumpling dough, by the tablespoonful, onto hot berry sauce.
Makes approx. 10-20 lumps of dough. I prefer smaller and more of them.

Cover tightly and simmer 15 minutes without raising the lid, because the dumplings need to be steamed. Dumplings will double in size.
Serve hot, spooning sauce over dumplings.
Makes 5-6 servings.
Cold leftovers are just as tasty.

Nutritional Info:
If you are counting carbs...
By my rough calculations, each 100 g of blueberry grunt has about 22 g of carbohydrates, and 2 g of fiber. (I think that's calculated using a 600 g bag of frozen berries.)
I have not calculated it when using real sugar. 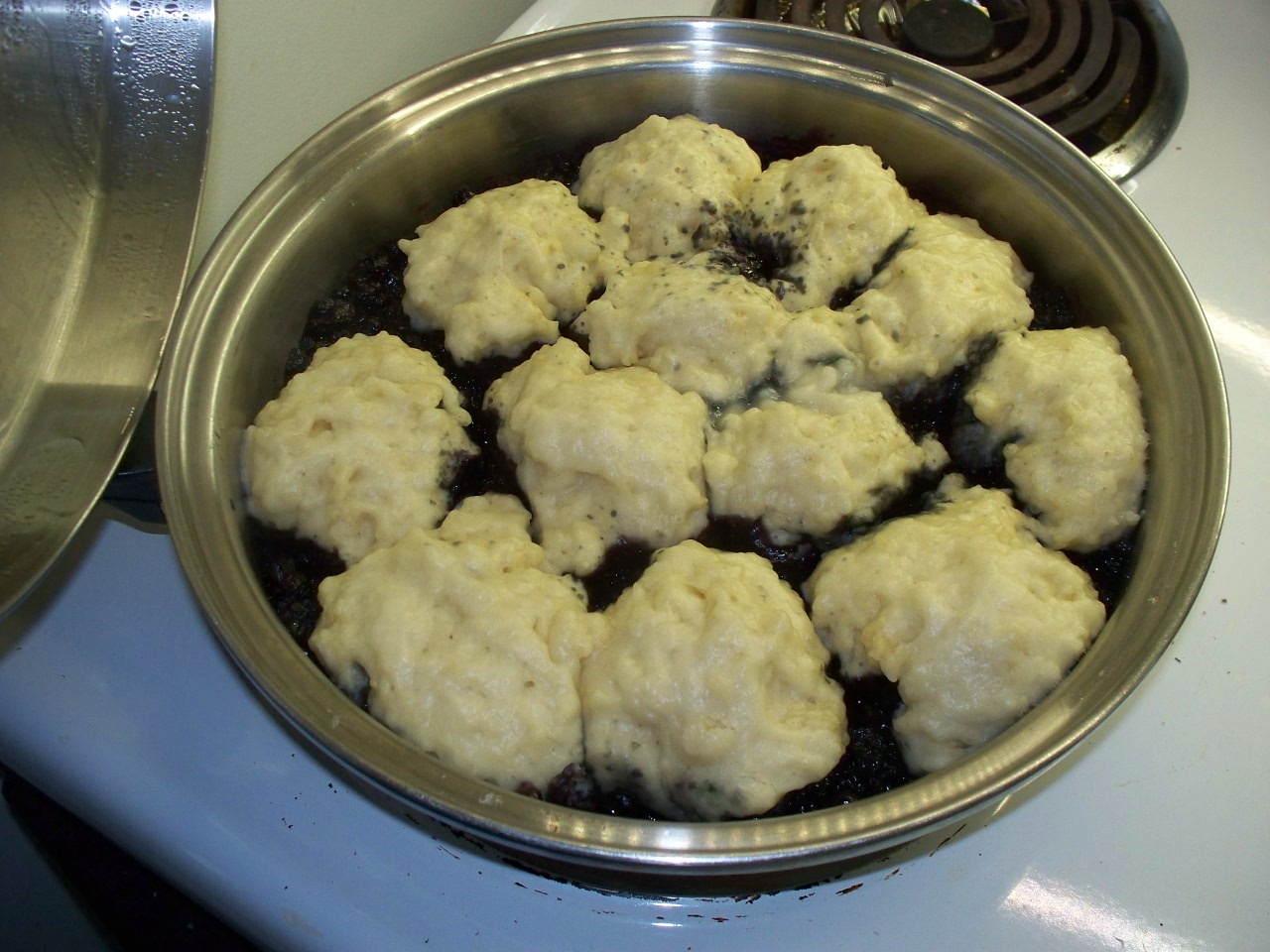 Actually, it’s the sound I make when I see it.

We always just call em blueberry dumplings around here. But they are delicious for sure. Dump a half gallon of vanilla ice cream on there to make up for the Splenda! Blackberry dumplings are good too.

Sometimes there was a bit of pie crust left over and maybe some blueberries. My mother would roll them together and cook them with the last few pies. Kinda a cooks treat . . b

auk1124 said:
We always just call em blueberry dumplings around here. But they are delicious for sure. Dump a half gallon of vanilla ice cream on there to make up for the Splenda! Blackberry dumplings are good too.
Click to expand...

From the title, I assumed you were describing the blissed out sound of a bear, 20 minutes after it happened upon a bush filled with ripe berries.
You must log in or register to reply here.