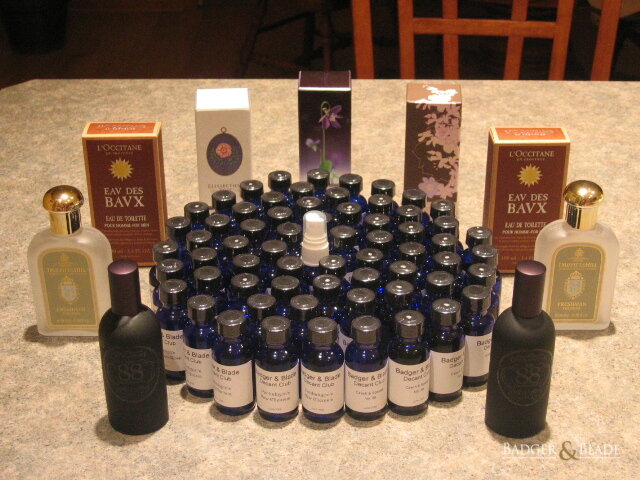 We&#8217;re looking for nominations for our August decanted colognes.

This nomination thread will remain open through Thursday August 3.

Let us know what fragrances you are interested in. Only those fragrances submitted will be considered for this decant. The finalist from last month that were not selected have automatically been nominated.

We are also looking for nominations that our significant others would enjoy.

As before, this decant will be available in both 10ml and 25ml bottles.

Please keep your nominations to three or less.

I missed out on the Endymion last time around, so I say bring it back.

Along with Truefitt and Hill Limes.

What about some of the Fragonard scents - their products have gotten good reviews on basenotes and my SO likes her Fragonard perfume.

In particular, I'd be interested in trying their Santal, Vetiver and Eau de Hongrie also at $46 per 200 ml, they wouldn't break the bank.

Here's a link to the site:

Also, I'd like to try Floris Santal - which I'm sure may have been done before.

I also second the votes for Endymon and the Lavender Water.

Bring back the Fern!!!

BTW, some of the listings (Knize, Fern) I have available already in a separate thread. You might want to pick stuff that isn't already offered.

Trumper Lavender Water gets a vote from me.

I wouldn't buy any as I just purchased some, but my wife likes Penhaligon's Artemesia and Lavandula.

How about another for GFT Lavender Water, and
Knize 10

I'm with Richard with the exception of QED 101.
C

I'd like to try Trumper's Fougena if we can get it.

My choices for the Summer:
Classic Cologne
His Cologne
Freshening Cologne

B
It's for real this time