That post wasn't sitting well with me and it was certainly wrong on my part to put the burden of deciding whether I was still in or not, that is after the fact that I purchased some shaving related items.

Although my aftershave "broke" and went unusable, but still it was a purchase and not a simple replacement but various items, abd that is playing loose with the guidelines.

I sensed that not one but several points/ rules were touched due to the purchase and that is enough for me to consider myself as being "Knocked out"
After all, it is supposed to be our call.

Even if nobody would have said that I was out, I won't have felt as good about completing the GRUYERE because I knew that I purchased something in the year.

I'll join fellow gentlemen in next adventure and hopefully I will be able to finish the year long journey without a hiccup.

I practiced restraint and developed a better sense of control, GRUYERE has helped me a lot.

Good luck to all of you and I must say that I am a better person after being in such fine company.
Click to expand...

Your integrity is much appreciated and respected but you will be sorely missed. Hope you are around for the next one!

wmadoty said:
Your integrity is much appreciated and respected but you will be sorely missed. Hope you are around for the next one!
Click to expand...

Thank you for the kind words.

I also hope to be a part of the next adventure.

I'm currently reassessing the requirements in my shaving set-up and the rest of the year will give me a chance to test them out to make sure that I won't need anything else.

I take this as an opportunity and I enjoyed the company immensely, also I'll be coming back to the monthly GRUMES as soon as I can.

Still in! (Thanks for the reminder @Invicta )

Still working on the same tub of soap but I've emptied a couple more partial splashes both RR - Oil of Lime and Emperor. Trending a little behind previous years but I'm starting out with more full everything - the "easy" completions are thinning out.
Half way through, good to see our numbers still strong, I'm watching my stash to determine if I can roll through without even a year end replen - it might be tight. The way to stay in is to not get FOMO of new items posted. Also has helped that I can't use scented soap since CoVID so I use a beard trimmer instead of shaving.

I'm on my second blade of the year. First was an Astra SP. Second is a Dorco that came with something years ago. The Dorco is a pleasant surprise. It was milder than the Astra in the beginning, and after about 60 shaves, it still cuts well and is smooth. This should be a three-blade year.

I'm still on my first puck of Williams Mug soap for the year. I still haven't opened the 24 I bought for the 10 year Sabbatical.

I'm working on my first bottle of Mennen Skin Bracer I bought in Nov 18. It's not even halfway gone. 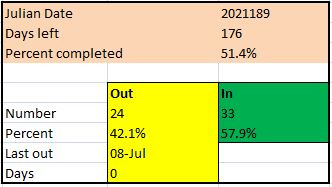 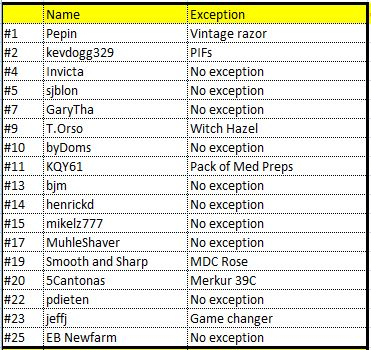 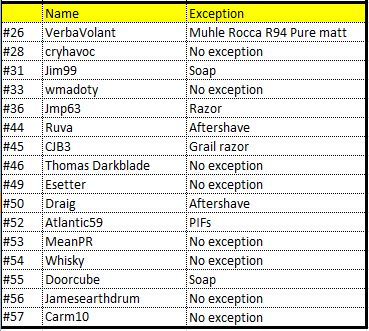 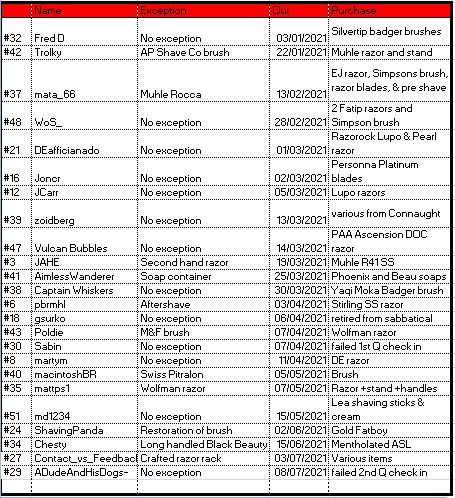 Crewman @ADudeAndHisDogs vanished into space while he was working out in the gym. Guest passenger Charlie X "made him go away" during a teenage temper tantrum. It is not known where exactly the crewmen went. 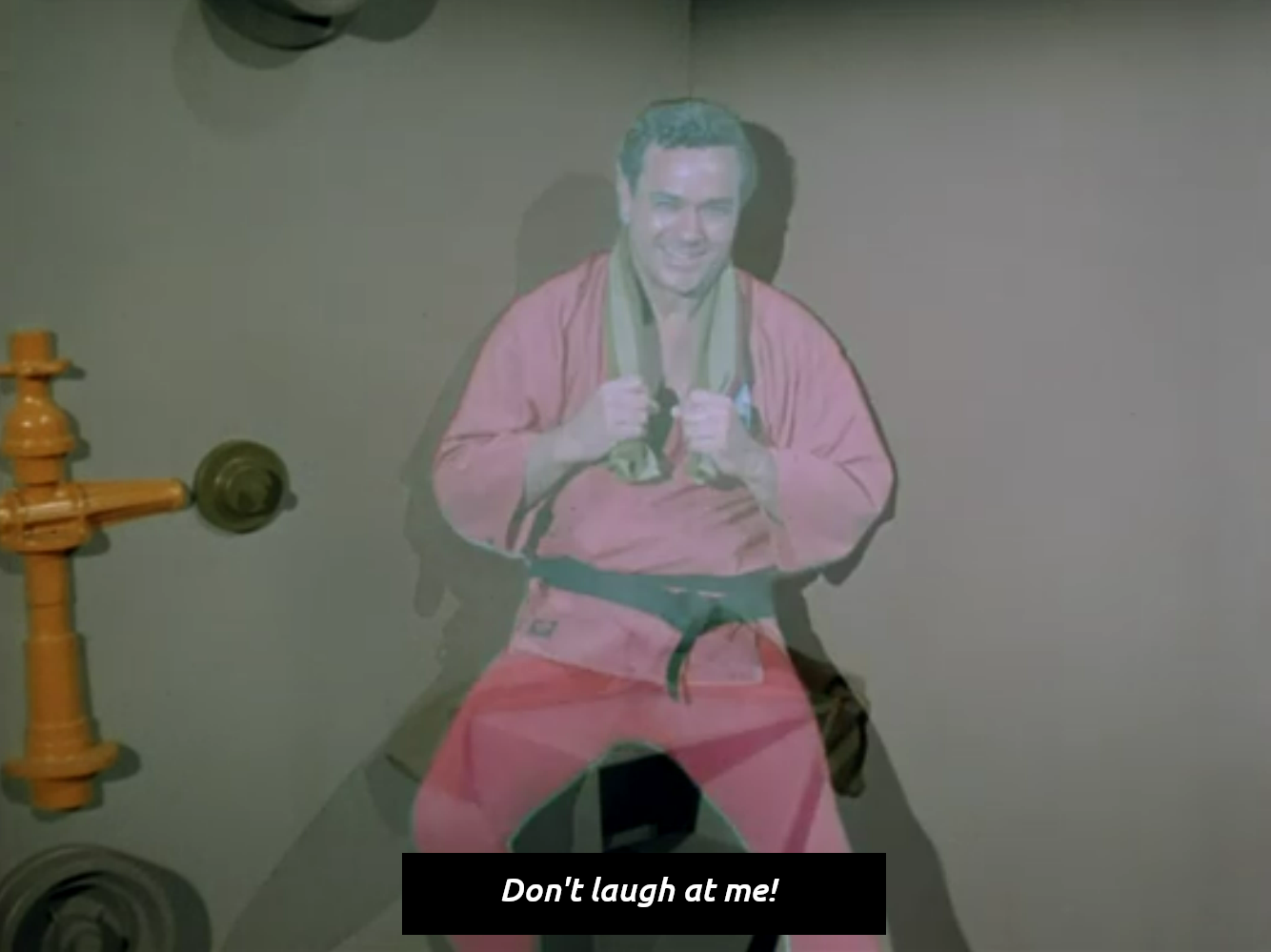 I've been off searching for lifeforms on nearby planets. My poor kit has been neglected. Upon return to the E.S.S. Superspeed I received correspondence indicating eligibility for a new commission in a different unit. Nothing says 'SHAVE YOU LAZY BUM!' like a commission interview on the Superspeed. Knocked off four day stubble with an AoS Lavender puck, Maggard 2 band, Pre-War Tech w/ a feather (2). Excellent shave and nailed the interview. Submitted my two weeks notice to my unit commander and am awaiting orders for the new commission.

Contributor
Still in and not feeling the urge to purchase anything. 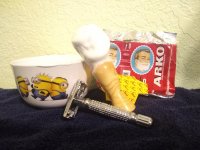 Contributor
Still in. Yesterday was my first day back in the office in 16 months. Figured I should start it off right with a great shave! My office is outside, more so than it was last year as I have expanded the planted area by a factor of two. So now it is less of a Gourd Patch and more of a Gourd Field.


Outstanding in my field!

I guess that makes Stan one well grounded individual.

Ruckin - not in but I never was.
You must log in or register to reply here.