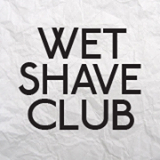 Loading…
Pros: Fast shipping
Cons: None
I am new to wet shaving so decided to give Wet Shave Club a try. Originally it's $29.99 but with a discount code was able to get $10 off for new subscribers. I placed my order and in a few days received the box in the mail. Opened the box and got a 10 pack of Rockwell blades, The Death Grim aftershave, Death Grim shaving soap, shaving oil, and two sample packs of aftershave and skin lotion for my face. Overall I liked what I received in my first box but this subscription should only be for those who are new to wet shaving or those who want to have a huge collection of samples to put in their shaving den.

Pros: First box is a cheap way to get
Cons: Poor value
After a few years hiatus from wet shaving I recently decided to come back as I was not getting good performance from the electric. I tend to over research anything and had quickly amazed cart of well researched shaving products that was kinda pricey. Rather than pulling the trigger on that, I decided that Wet Shave Club might be a better way to go. I could get a cheap starter set to upgrade as time and money allowed and would get to sample a variety of products and decide what worked best for me.

First box was a disappointment. It had nothing like the quality and quantity shown in pictures on their site. The razor and boar brush were what I expected but the products were somewhat lacking:

* a one ounce sample of Dominello Vitali shave cream, not nearly enough for a month of shaving
* two ounces of aftershave from Green Bean Soap Company (I really like this product)
* 10 Crown blades

One month later, out of shaving cream, I was waiting with baited breath for the second shipment, assuming the first had been meager only because of the razor/brush. 10 days later I still had not received an email announcing my second shipment. At this point I canceled.

The cancellation acknowledgement asked for information on why I canceled and it seems sincere. I wrote a long email about not getting a month of product, not getting a second box, suggestions that they offer a preview and opt out as most box of the month clubs do. I also gave them a breakdown of what was supposed to be in the second box according to their Facebook page. I had looked up each product and it amounted to a total of $13 worth of shaving product and $9 worth of non-shaving product that would have never been used.

When they responded they only responded to the last item and explained that some of their customers love getting the non-shaving products. So I guess if you are looking for a general grooming of the month club that includes some saving products, this may be a good deal for you. If you are looking to build up a library of different products to start you along until you decide what you really like, this is not the way to go.

Pros: good razor
Cons: left items out of first box
I originally enrolled in the 3 month program. When I received items in January 2015, they left out the shaving brush and a few other items shown in the picture. When I contacted WSC I got the typical -A few people mistakenly got the 2nd box instead of the first due to an error in our shipment center. We will correct for you. BY that time, they had lost me. At first they did not want to refund money charged as they said I got a discount. Eventually I got my full refund thanks to American Express. I have got emails to come back but declined.

Pros: variety
Cons: price
After a few months here is an update. Wsc does not seem to step up to the standards instructed originally. I knew there would be a buffer time but with my final box only received $10 value and paid 20 turn it off for me. Some of the items are great but the value compared to others isnt there. For noobs its not bad but definitely not worth what you pay.