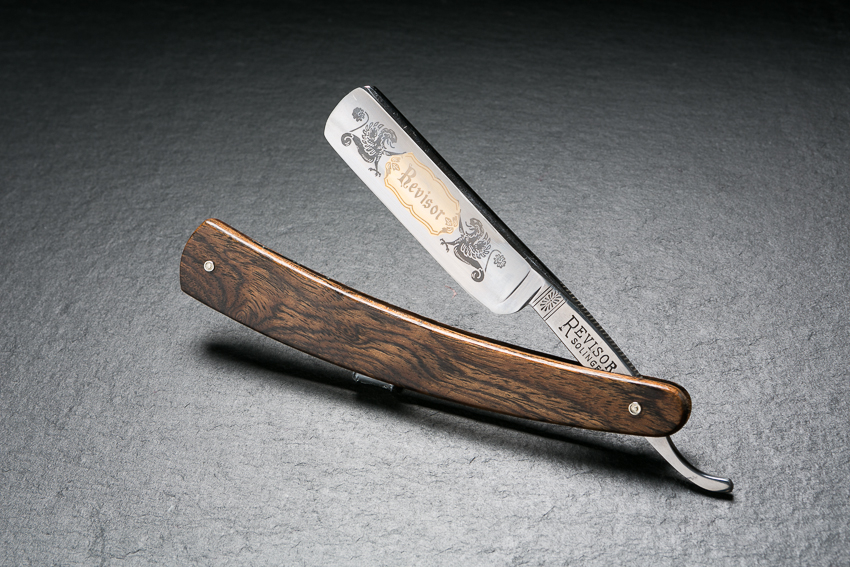 Revisor was founded by C. Friedrich Schmidt - one of the eminent 20th century Solingen razor makers - in 1919, Revisor was later acquired by Thomas Kronenberg and his father Günther in 2003. They sell dozens of different straight razors of their own manufacture as well as stocking many NOS vintage straight razors that have been sourced from all over Europe. 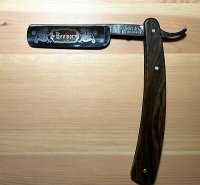 The razor is supplied in a cardboard based coffin.

​
Face markings are as shown. There are no back markings.

​
Shank markings on face side:


REVISOR
SOINGEN
​
Shank markings on back side:


C. FRIEDR.
SCHMIDT
SOLINGEN
​
The pivot pin is fitted with washers either side of the shank.

Pros: High quality and standard of finish.
Comes well honed.
Reasonable price.
Once honed, very comfortable to shave with.
Cons: Does not come shave-ready to my standard (normal).
After refining the edge to my shave-ready standard, this SR has been in my rotation for about 4 months so I have shaved with it about a dozen times. I find it very smooth to shave with, not quite up to my Cadman Bengall SR's but very close.

The blade takes a wicked edge off diamond pasted balsa strops. It is one of my best SR's and a pleasure to shave with.

If you want a straight razor of exceptional value for the quality, give this SR serious consideration. 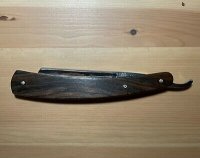