This is a review of two little-known aromatherapy shaving soaps from my India made and sold by Neev.

According to its website, Neev is an enterprise that, among other matters, helps under-privileged women in a tribal part of India, through a non-profit wing of itself, to acquire various skill sets to be able to ultimately sustain themselves. The various soaps that Neev makes, including these two shaving soaps, are made from raw materials that are grown and processed within the villages of the tribal region which is circa 200 miles west of Kolkata (formerly Calcutta).

Knowing how that region is, I think that Neev's is a most noble endeavor and I bought the two soaps immediately upon hearing of them.

I received the package with the two soaps, along with a complimentary piece of a most lovely body soap, here in the UAE about a fortnight after I placed the order.

My first impressions were that the 2 oz bottles, and the soaps themselves, looked very decent. I'll let you decide on what to make of the price tag of USD 2 per bottle but to me, it was a steal. The two scents are (a) zesty lemongrass and (b) patchouli and tea tree. For those who're unaware of it, patchouli is a herb of the mint family.

The ingredients in these soaps are:

The scents are strong and I'm sure they'd be an acquired taste but the lemongrass appealed to me instantly (btw, I grew up in a home with lots of lemongrass shoots all around me)

And now for the shave itself. I used an EJ DE89 and a badger brush for one of the soaps and a boar brush for the other.

The soaps load up easily enough but are not a bit conducive to bowl lathering. I don't know why but the soaps while slick enough didn't leave the sort of sudsy layer that I'm used to in most shaving soaps. That was a surprise. I tried hard, used more soap, etc. but the soap didn't lather beyond the minimal. 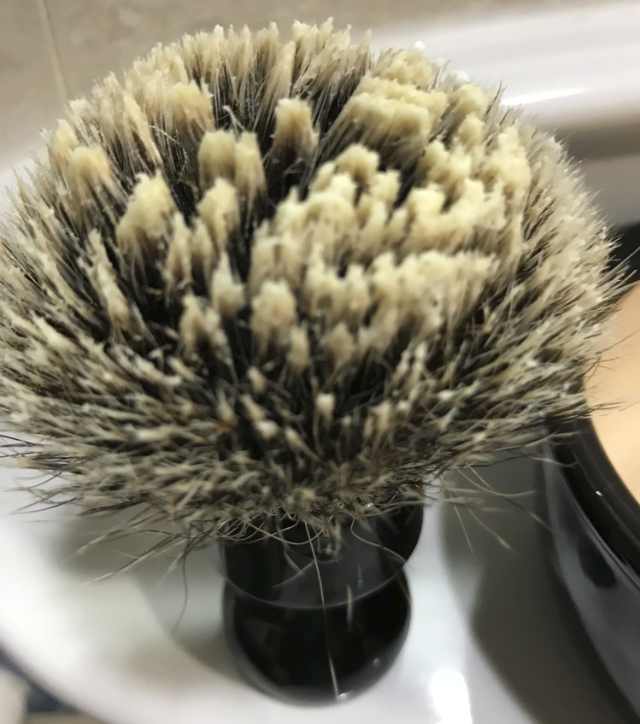 When on the face, the scent was as obvious as when bottled and there wasn't much of a noticeable post-shave aroma either.

I'll keep trying different ways of getting this to lather to my liking but overall, considering what I paid for it, the naturalness of the ingredients and the nobility of Neev's raison d'etre, I'd recommend that you give these soaps a try.